Subramanian's new research paper traces “part of the overestimation” to a key methodological change in the way India calculated GDP – the measurement of the formal manufacturing sector. 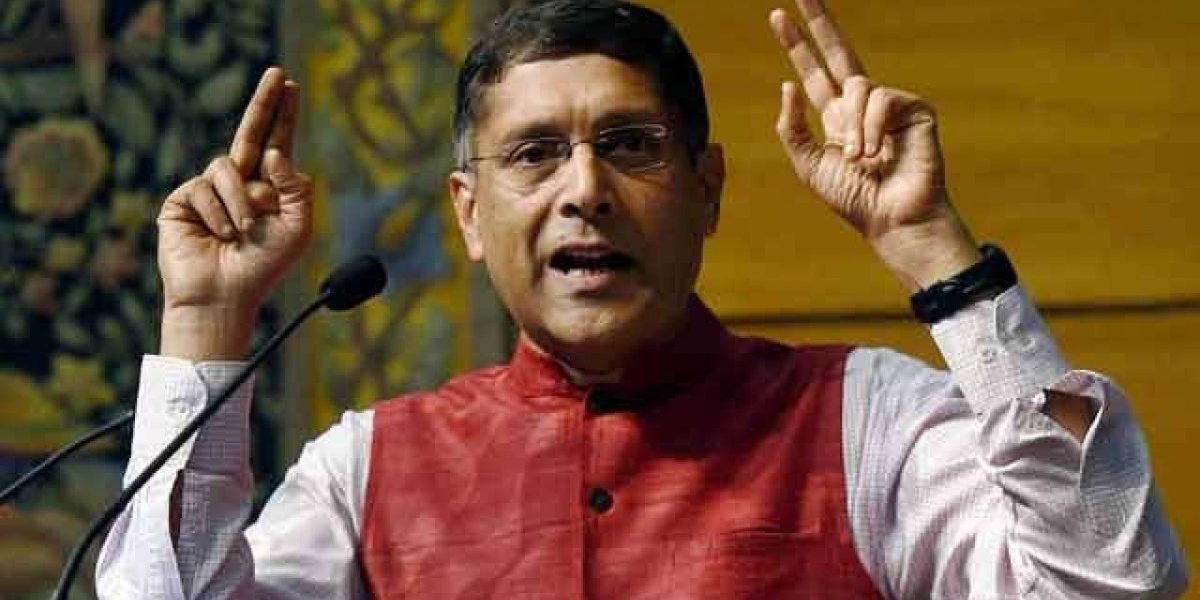 New Delhi: Former chief economic advisor Arvind Subramanian believes India’s average annual growth between 2011-12 and 2016-17 may have been overestimated by about 2.5 percentage points.

In a new research paper, made public on Tuesday morning, Subramanian has pointed out that that instead of the “reported growth of 6.9% between 2011 and 2016, actual growth was more likely to have been between 3.5% and 5.5%”.

“A variety of evidence—within India and across countries—suggests that India’s GDP [gross domestic product] growth has been over-stated by about 2 ½ percentage points per year in the post-2011 period, with a 95 percent confidence band of 1 percentage point,” the former chief economic advisor notes.

The paper traces “part of the overestimation” to a key methodological change in the way India calculated GDP – the measurement of the formal manufacturing sector.

Specifically, it points out that while formal manufacturing growth moved plausibly with other indicators of manufacturing such as the Index of Industrial Production numbers in the pre-2011 period, they diverged “starkly” thereafter.

“Similarly, formal manufacturing growth is positive correlated with manufacturing exports in the pre-2011 period but puzzlingly becomes negatively correlated thereafter. The results in the paper suggest that the heady narrative of a guns-blazing India must cede to a more realistic one of an economy growing solidly but not spectacularly,” the paper notes.

In 2015, India’s Central Statistics Office (CSO) replaced the country’s GDP series with the base year 2004-2005 with a new series that used 2011-12 as a baseline. As pointed out by the CSO at the time, the new series followed the guidelines of the United Nations’ System of National Accounts (UNSNA) 2008, replacing the earlier template of UNSNA 1994.

This included a number of fresh changes, such as using the corporate affairs ministry’s MCA-21 database to estimate the contribution of the private sector to domestic output, which has in recent times been questioned.

“Cumulatively, over five years, the level of GDP might have been overstated by about 9-21 percent. This finding relates to averages over the 2011-2016 period, which encompasses both the UPA-2 and NDA-2 governments. They do not speak to how this average over-estimation may have varied over time within the post-2011 period. At this stage, the data are not adequate to answer such granular questions,” the paper notes.

“While the precise magnitude of the over-estimation cannot be definitive, our confidence bands indicate that they are likely sizeable. Hence, our overall results warrant serious policy consideration.”

In an article in The Indian Express on Tuesday morning, Subramanian mulls over the consequences of reduced growth during this period.

“Most important, restoring growth must be the key policy objective…The popular narrative has been one of “jobless growth”, hinting at a disconnect between fundamental dynamism and key outcomes. In reality, weak job growth and acute financial sector stress may have simply stemmed from modest GDP growth,” he writes.

The former chief economic adviser also calls for an independent re-visitation of India’s “GDP estimation in its entirety”.

“Another obvious implication is that GDP estimation in its entirety must be revisited by an independent task force, comprising both national and international experts, statisticians, macro-economists and policy users. Indeed, this revisiting may throw up exciting, new opportunities, such as using the large amounts of transactions-level GST data that is now being generated, to estimate — for the first time in India — expenditure-based estimates of GDP.”

Lastly, Subramanian points out that some level of criticism will naturally centre around his role on the issue while he was chief economic adviser.

On this issue, he notes that his team had “raised these doubts [over conflicting economic data] frequently within government” but that he needed time outside the government to “undertake months of very detailed research”.

“Finally, the question will arise as to my role on this issue while I was CEA. Throughout my tenure, my team and I grappled with conflicting economic data. We raised these doubts frequently within government, and publicly articulated these in a measured manner in government documents, especially the Economic Survey of July 2017. But the time and space afforded by being outside government were necessary to undertake months of very detailed research, including subjecting it to careful scrutiny and cross-checking by numerous colleagues, to generate robust evidence,”