Despite being told by the Supreme Court in April to file their response, the Centre is yet to do so. 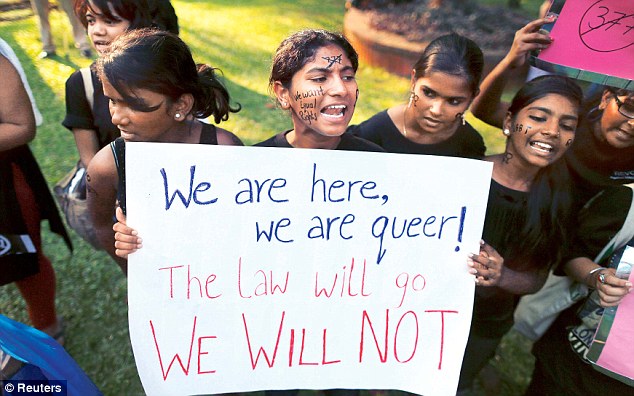 Hearings in the Supreme Court kicked off today, on the de-criminalisation of Section 377 of the Indian Penal Code.

Section 377 criminalises “unnatural sex,” which is essentially anything that is not sex between a man and a woman, and of the penile-vaginal variety.

However, even today, the Union of India has not filed any reply in court stating their position on the matter. No religious groups have filed objections to the petitions seeking de-criminalisation either.

As such, the case is effectively proceeding without any opposition at all.

The stand of the Centre has taken strange shades over the last few years.

For example, although the Delhi High Court in 2009, de-criminalised queer sex, the Indian government did not appeal that verdict. And when the Supreme Court brought back the criminality to Section 377, overturning the Delhi High Court verdict, the Union of India in fact filed a review petition to that judgement.

The Supreme Court rejected this plea.

It is not that the Centre has had a lack of time to file their replies. Chief Justice Dipak Misra had brought this case out from the back-log in January, and in April had told the Centre to file its response.

Today in court, Tushar Mehta the additional solicitor general of India, spoke up several times responding to arguments made by the petitioner’s counsels, saying that their arguments were not fair as the Centre had not yet filed their replies.

At one point, Mukul Rohatgi, former attorney general of India retorted strongly to Mehta saying, “You even chose to file a review to the Supreme Court order and didn’t file your reply now, and you are saying this?”

Today’s arguments were begun in the first half by Mukul Rohatgi. Post-lunch, senior advocate Arvind Datar argued the case.

Rohatgi made the points that one’s sexual orientation is natural, not a choice nor a disease. He said that the unequal treatment of those who identify other than as heterosexuals would thus be unconstitutional.

There was a sudden flurry when Rohatgi took this argument to the next level: He began to make the argument for recognising equal rights of sexual minorities in other civil aspects as well, such as wealth. He premised this on the fact that today, even unmarried straight couples who live with each other can approach courts for relief on matters of wealth. If the court is going to de-criminalise non-normative sexual expression, then the court should go further to recognise a whole galaxy of rights to truly put sexual minorities on par with heterosexuals.

At this, Tushar Mehta spoke up vehemently asking Rohatgi to confine his arguments. Dipak Misra also asked him to limit his arguments to the issue of just whether Section 377 can be de-criminalised.

Chief Justice Dipak Misra said other issues such as these cannot be laid out in law prospectively, but can be dealt with if any live-in queer couples do approach court for relief on specific matters.