"This Bill is not actually giving us any rights, but legalising the atrocities committed on us." 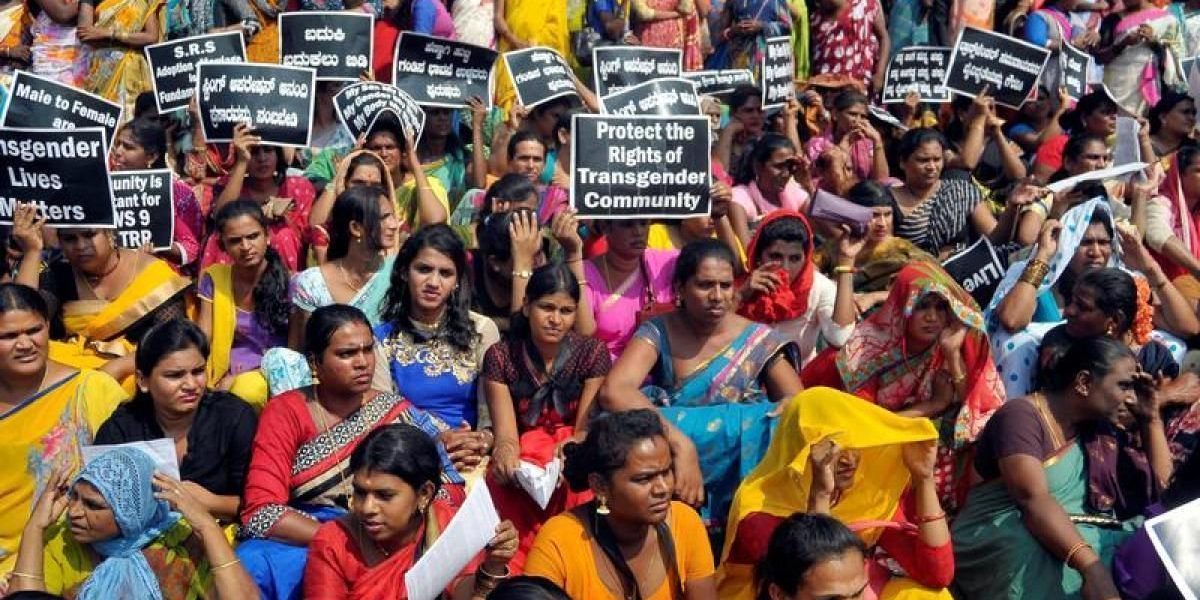 The passing of the current Bill completely shatters the hard-won victory of the Supreme Court NALSA judgement, both in spirit and letter. Credit: Reuters

On Monday, the Lok Sabha passed the Transgender Persons (Protection of Rights) Bill, 2016. In the eyes of transgender and gender non-binary activists, this is an act of doublespeak because the Bill, if it goes through the Rajya Sabha, will not only fail to protect the rights of transgender people in India, it will actively violate these rights.

Activists from the community have condemned the passing of the Bill in its current form, and are calling on the government to withdraw it from consideration in the Rajya Sabha and instead pass the private member’s bill drafted by Tiruchi Siva in the Lok Sabha.

Why should a community so vociferously oppose a Bill that is drafted in the name of the protection of its rights? For those who celebrated the passing of the 2014 Supreme Court judgement affirming the rights of transgender people (colloquially called the NALSA Bill), the answer is obvious.

Although the NALSA judgment was flawed in its own ways, it made some incredible strides in the judicial recognition of the fundamental rights of transgender people. It affirmed the self-determination of gender identity, which upended commonsense notions about transgender identities only being valid if certified by the medical establishment.

Also watch: How Progressive Is the Transgender Bill?

It recognised the intense discrimination faced by transgender citizens and called for access to education, employment, healthcare and protection from violence. It recognised that affirmative action is needed for trans people across the country and that reservations in education and employment were even more necessary for those transgender people who were marginalised on the basis of caste.

In spirit and letter, the Supreme Court judgment was a huge victory for transgender people, who face intense stigma, discrimination and violence across the country.

The passing of the current Bill completely shatters the hard-won victory of the Supreme Court judgement, both in spirit and letter.

How the Bill will harm trans rights

Here are only some of the ways in which the Bill will harm, rather than help, the transgender community.

Government paid no heed to feedback

Social justice and empowerment minister Thawar Chand Gehlot has said in his statement about the Bill that 27 amendments have been passed. This gives the impression that the government actually listened to extensive comments, feedback and calls for dialogue initiated by gender justice collectives in the years since the NALSA judgment was passed.

However, as activists have pointed out, the only thing in the amendments that actually reflects the extensive feedback given by trans and intersex collectives is a slightly improved definition of the word ‘transgender.’ All other clauses of the Bill, which have already been publicly and vocally criticised, and against which detailed alternative recommendations have been given, have been passed as is.

In a press conference held in New Delhi on Tuesday, Karthik Bittu Kondaiah, scientist and transmasculine person, said, “The Bill criminalises traditional begging without offering horizontal reservations or any opportunities in education and employment; it violates our constitutional rights of freedom of movement and association as well as the NALSA judgment which encodes self-identification, and it encodes discrimination by prescribing lower punishments for sexual violence upon transgender people as compared to cisgender women.”

Anindya, a transfeminine activist from West Bengal, said, “Despite scores of submissions, we have barely been consulted. The draft placed before parliament was not circulated to communities, rather information was suppressed. We reject the Bill in its present form which upholds the criminalisation of trans persons and denies opportunities in education and employment by being silent on issues of reservation. We urge the Rajya Sabha to exercise its power and redirect the Bill to a select committee.”

What members of the community have to say

Saransh, a transman, said “I was happy when NALSA came but this Bill has put me in a state of shock. One has to go to the district magistrate with an application, then a screening committee will tell you what gender you are – and that too, can only declare you as transgender first and not as a man right away? I knew I was a man even as a child, and that is what I told my family. As a child, I didn’t know the word transgender existed. I am a man from my mind and not from my body. What does this screening committee know or why is surgery as an adult needed to declare one’s gender as male? Any surgery does not change me. Men who do not have money for surgeries cannot wait until then before applying to change their ID in the second part of the process from transgender to male.”

Speaking to The Wire, Vidya, a trans woman and researcher said, “This Bill is not actually giving us any rights, but legalising the atrocities committed on us. In the narrow, patriarchal, pathologising imagination of the state, trans people cannot exist as equal citizens with their own agency but have to be validated and ‘screened’ by others for something as deeply personal as gender. This not only ignores our lived realities as trans people who face constant trouble in even the simplest tasks which require some form of ID, but is also a gross violation of our fundamental rights both according to the Supreme Court judgment in the NALSA case as well as the promise of equality enshrined in our constitution.”

Meera Sanghamitra, an activist with the National Alliance of People’s Movements and Telangana Hijra Intersex Transgender Samiti, said: “It took countless struggles by the transgender community and 70 years for the Supreme Court of this country to recognise the historical injustice and uphold our rights as equal citizens and now this Bill seeks to take away these limited rights as well by making a law with unconstitutional provisions, legislating second-class citizenship and further marginalising us. We seek immediate withdrawal of this Bill and an overhaul based on community consultations, during which period NALSA must be strictly implemented.”

The community also opposed the Trafficking of Persons  (Prevention, Protection and Rehabilitation) Bill, 2018 which was passed in July 2018 in the Lok Sabha. Along with the trans Bill, the trafficking Bill is also pending consideration before the Rajya Sabha.

The trafficking Bill further criminalises the trans community by stipulating ten years of punishment for “organised” begging. It conflates trafficking with voluntary sex work and does not distinguish between the voluntary taking of hormones and the coercive administration of the same. This criminalises gender affirming procedures that gender non-binary and trans people could voluntarily seek.

If passed in its current form, it will have an adverse impact on several marginalised communities, including trans people who engage in sex work and begging. Activists have called for both bills to be “completely overhauled, made compliant with the NALSA verdict, and incorporate the community feedback given via Parliamentary Standing Committee process before being presented again.”