Transgender Rights Bill: A Stunted Understanding of Gender and Equality

Far from countering prejudice and stereotypes, the Bill entrenches the idea of transgender persons as a distinct class of citizens.

Note: This article was first published on August 1, 2019, and is being republished in the light of the Transgender Rights Bill being passed by the Rajya Sabha.

The new version of the Transgender Rights Bill is undeniably an improvement over its predecessors. It has a comparatively expansive definition of the term ‘transgender’, and has done away with problematic provisions requiring a screening process and criminalising begging.

Nevertheless, the new Bill leaves much to be desired – it presents a misplaced understanding of ‘gender’ and limited equalising potential.

For starters, the Bill takes gender to be concrete and determinable. A ‘transgender’ is defined under Clause 2(K) as “a person whose gender does not match with the gender assigned to that person at birth”. The Statement of Objects and Reasons to the Bill states that the transgender community is among the most marginalised in the country because “they do not fit into the general categories of gender of male or female”.

This presupposes gender to be a fixed binary that a transgender person “switches” between at some point in their life. Gender is fluid, not binary. Transsexual scholars, in particular, would take issue with the placement of the transgender identity within this dualism. They would locate gender instead on a spectrum or perceive it as a unique identity in and of itself.

Feminist scholars too would find this definition objectionable. They would suggest that gender is merely performative in nature. It is a social construct and real only to the extent that it is habitually performed or imitated by people who have internalised their respective gender roles. The definition of ‘transgender’ along such socially-constructed lines only serves to perpetuate this subordination of one’s identity.

The Bill even groups intersex individuals under the definition of transgender, despite the distinction in identity and experiences between the two, thereby also conflating sex and gender.

These conflations impact the protections offered by the Bill. For example, Clause 3 details a list of prohibited discriminatory practices. An examination of this list makes it clear that they are drawn from and similar to the prohibitions on sex discrimination that takes place in education, healthcare and employment. The Bill does not account for the ways in which the oppression of transgender persons is distinct from sexist oppression.

In fact, there are widespread instances of forced sex, harassment by police officials, normalised verbal abuse and extortion that are faced distinctively by say, the hijra community. It is important thus for legislation targeted at uplifting minorities to be cognisant of these unique ways of oppression.

It is also not the case that our legislature has not done so in the past. The Scheduled Castes and the Scheduled Tribes (Prevention of Atrocities) Act is a good example of a statute which criminalises acts that were historically used to oppress these minorities – forced consumption of obnoxious substances, dumping of excreta on their premises, or garlanding with footwear.

Also read | Most Harassment of Transgender People is by Police

Unless the Bill acknowledges the unique position of transgender persons, it will not allow them to fully realise their identity and will fail to recognise them for who they are. Its equalising potential will be limited and in this regard, the Bill can also be critiqued from a substantive equality standpoint.

With cases like Joseph Shine vs Union of India (decriminalising adultery) and Navtej Johar vs Union of India (reading down Section 377), the previous year saw a spate of right-expansive jurisprudence laid down by the Supreme Court. We saw different judgements by the court underpin ‘substantive equality’ as the essence of Article 14 of the constitution and a key fundamental right.

Till now, when we spoke of equality and non-discrimination, the law was by and large concerned with sameness or parity in treatment. It concerned itself with the removal of differentiation based on markers of sex, race, caste and the like.

‘Substantive equality’ as a concept though, seeks to do a lot more. It acknowledges that parity in treatment is simply not enough. One’s lived experiences are a product of social hierarchies and structural barriers and these need to be eradicated. To this end, a combination of measures may have to be adopted – the disadvantage encountered by marginalised sections of society must be redressed; stereotypes, prejudice and stigma faced by them have to be countered; they need to be provided with opportunities for participation and structural changes should be made to make society more inclusive.

How the Bill furthers otherisation

Far from countering prejudice and stereotypes, the Bill entrenches the idea of transgender persons as a distinct class of citizens. It mandates a certificate of transgender identity to be obtained from the district magistrate. Unlike previous versions, this one states that every person shall have the right to self-perceived gender identity.

If the Bill says that gender identity can be self-perceived, why is there a need for certification by the state? The very requirement of a certificate furthers the otherisation that already exists in society.

Also watch | How Progressive Is the Transgender Bill?

One may say that the certificate is necessary for the administration of welfare schemes. However, the state also administers welfare schemes for women. It does not seem to want a warrant from them. Similarly, the word of a transgender person ought to suffice. Even if we were to concede to this argument of administrative necessity, there is no need to require all transgender persons to obtain a certificate. At best, only those in need of state welfare measures would be required to produce one.

Bill does little to enhance participation

Viewed from this lens of substantive equality, the Bill also does little to enhance participation by transgender persons. There is a bridge between the prohibition of differential treatment and the creation of more inclusive spaces that the Bill simply does not cross. Chapter V does say that establishments must comply with the Act, but there is no impetus placed on either the state or on other establishments to take measures for structural change.

For instance, when policies for a workplace are being designed, there must be an obligation to take into account the specific needs of the transgender community. This could be small measures such as the provision of gender-neutral washrooms or the use of common pronouns in official communication. These are important to make our spaces more transgender-friendly. Unfortunately, the Bill has no conceptualisation of such needs. 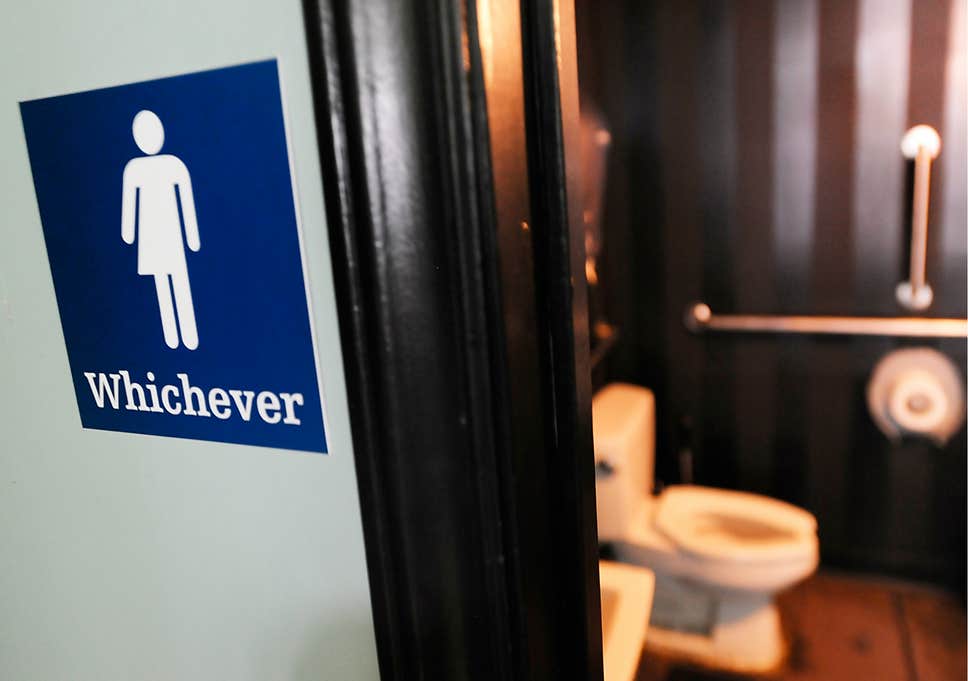 When policies for a workplace are being designed, there must be an obligation to take into account the specific needs of the transgender community. Photo: Reuters

It seems to be unaware of the biases permeating governmental structures and bureaucracy. Unlike (for example) the SC/ST (Prevention of Atrocities) Act, which places an added responsibility on public servants (including the police) to fulfil their duties in instances when an SC/ST individual is involved, this Bill says that state officials shall not be liable so long as they act in good faith.

However, ‘good faith’ does little to cure the implicit bias that may be motivating their actions. If we want to make changes to our social hierarchies, it is imperative that we place the onus on officials to recognise the disadvantages faced by minorities and to take all feasible measures to redress it. We cannot absolve them from liability for failing to recognise their biases.

Another justification for placing an added responsibility on public servants lies in the fact that the state through its functionaries is responsible for several instances of harassment and discrimination faced by certain minorities. The refusal on part of police authorities to register a case of rape of transwomen on grounds that “men” cannot be raped under the Indian Penal Code (IPC) being a case in point. This is another lacuna that the Bill does not address.

In fact, it creates a more pernicious problem by penalising an act of sexual abuse with only two years, in contrast to the IPC minimum of seven years, lending to further inequality in its wake.

It is only fitting that legislation that seeks to grant rights to transgender persons does not rest on questionable assumptions in so far as the conceptualisation of ‘gender’ and ‘equality’ are concerned. Unfortunately, this Bill does precisely that. It is still some distance away from allowing members of the transgender community to fully realise their identities.

Dhruva Gandhi has completed his post-graduation in law from the University of Oxford. Unnati Ghia is a fifth-year B.A. LL.B (Hons.) student at NLSIU, Bangalore.