The Indian Healthcare Space Inches Ahead to Become More Inclusive

By taking a clear stand on homosexuality, the Indian Psychiatric Society aims to humanise LGBTQ+ patients and their needs to eradicate the deep-rooted homophobia within the medical community 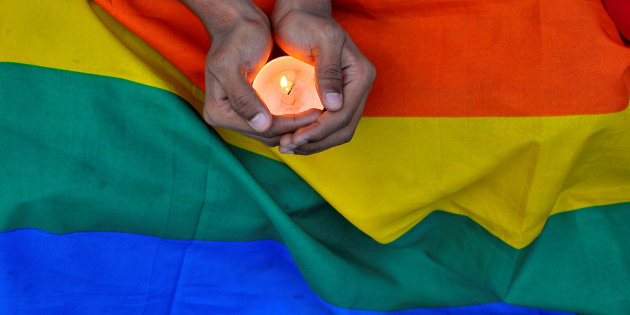 After years of deafening, often deadly, silence towards the treatment of LGBTQ+ communities in Indian healthcare, the Indian Psychiatric Society (IPS) – India’s largest association of Indian psychiatrists and mental health professionals – has finally cleared the air. In fact, Ajit Bhide, IPS president, has officially and emphatically said that “Homosexuality is not an illness”. 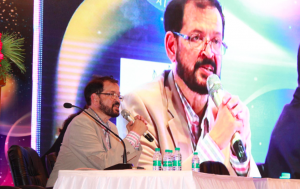 Bhide’s comments were fuelled by the support of an initiative called Health Professionals for Queer Indians (HPQI) that aims to spread information and sensitisation on the subject. His stand is backed by scientific evidence that normalises all sexual and gender orientations and can help cultivate an inclusive healthcare space in the light of the continued practice of the controversial ‘conversion therapy’ – where medical professionals (and others) use techniques to ‘turn’ homosexual people straight.

“Most psychiatrists follow the guidelines of the IPS”, Kersi Chavda, chair of the IPS’ LGBTQ task force told The Wire, “and could be deterred to form any type of conversion therapies if they know the IPS is in support of homosexuality”.

In recent years, there has been a slow cultural shift towards acknowledging and accepting different sex and gender variations. Companies such as Godrej and Tata Sons are leading the charge for an inclusive corporate space with their commitment to creating a safe and non-discriminatory workplace.

The healthcare sector, however, seems firmly rooted in the past with widespread stereotypes and stigmas against sexual minorities. HPQI believes these conservative attitudes are a result of a lack of medical training and education specific to the needs of LGBTQ+ community. Like how doctors undergo trainings to update themselves on the latest innovations in medicine, HPQI believes that training and research can help promote equality and a change of attitudes.

“There was a lack of opportunities for doctors to educate themselves”, says Prasad Dandekar, an oncologist and founder of HPQI.

Heterosexuality is still seen and accepted as the singular norm and this notion is even more pervasive in a culture that hushes up talks of sexuality and alternative sexual orientations. The idea of sexuality has not transcended beyond the social or political strata, and LGBTQ+ individuals are still not recognised as complete humans – ones with medical needs. So, there exists a chasm between their progress in terms of social representation in the media or in the news with debates on their basic human rights, and their access to healthcare.

Though admittedly, when education – medical or otherwise – does not delve into complexities of gender and sexuality, the most visible orientation (heterosexuality) is often seen as the only option and anything else becomes a deviation.

Like almost everyone, doctors assume you are straight and cis-gendered (identifying with the same sex you are born with). But people who are not heterosexual have specific medical concerns, and doctors who either underestimate their numbers or misunderstand their problems won’t be able to diagnose and treat them effectively.

Arguably, the onus is on doctors to keep people informed and upto date, and humanise them vis-a-vis the LGBTQ+ spectrum. Misinformation (or a lack of information) can mean doctors either misdiagnose or impose unfair judgements on persons coming to seek medical care. This can even keep many individuals out of the doctor’s office for fear of shaming and a refusal of treatment.

A sensitised GP, who deals with hundreds of patients throughout his work-life, can create a safe space and positively guide LGBTQ+ individuals and children through some of their most vulnerable moments. When coming out or deciding upon gender re-assignment surgery, for example, it is imperative to have an informed and non-prejudiced doctor by your side.

Bhide’s affirmative stand is thus monumental in facing discrimination head-on. The formation of a specific LGBTQ task force by the IPS two years ago also demonstrates an actionable sincerity to their recent statement.

Chavda spoke of the increased limelight and media attention the task force has got since Bhide’s “vociferous statement”, though he did acknowledge that IPS has been working on LGBTQ health and well-being. “This statement will also help the Supreme Court lawyers fighting this, it’s a terrible thought that India still criminalises homosexual relations. If anything changes, it will be thrilling that we helped catalyse it.”

The task force plans to conduct further anti-bias conferences to liberate medical professionals in all the metros, though they also do sensitisation workshops for schoolteachers. “We conducted a session in the Vasant Vihar School in Thane, Mumbai with more than 560 teachers in attendance. Another member of the task force, Avinash Desouza and I spoke on LGBTQ+ issues that start in school. The response the next day was extremely positive, and the teachers want to organise another workshop in other parts of the city,” Chavda said.

With more mentions in the news and rising acceptance (and often, celebration) in the media, the current social milieu is more amenable to positive change than even five years ago. Dandekar believes that Bhide’s statement is another step forward towards inclusion. He also credited the greater conversations on gender and sexuality in the public sphere with creating grassroots level change. He cited the example of a medical college in Sion, Mumbai, where a conference was recently held on LGBTQ+ rights and the medical field. This was made possible as one of the students in the student council was gay, and sought to increase inclusive spaces in his profession.

HPQI is also currently compiling a directory of LGBTQ+ friendly and aware doctors across all fields throughout India. So far, they have a comprehensive list of the metros, but they are looking to expand this further. This is reminiscent of the list of non-judgemental gynaecologists across India, although this one is crowd-funded.

However, the entire exercise also reflects an urban/rural divide in terms of LGBTQ+ rights, and Dandekar did admit their reach was currently restricted to only urban areas as access was easier.

But, with activists, not-for-profits and initiatives by persons within the field like HPQI, medical institutions are slowly making the move to becoming more inclusive and humanising all their patients. It is now up to the state to take an affirmative stand towards protecting the health rights of LGBTQ+ individuals and ban non-consensual medical procedures.