Employees will also get financial assistance for gender reassignment surgery and 30 days of special leave for the same. 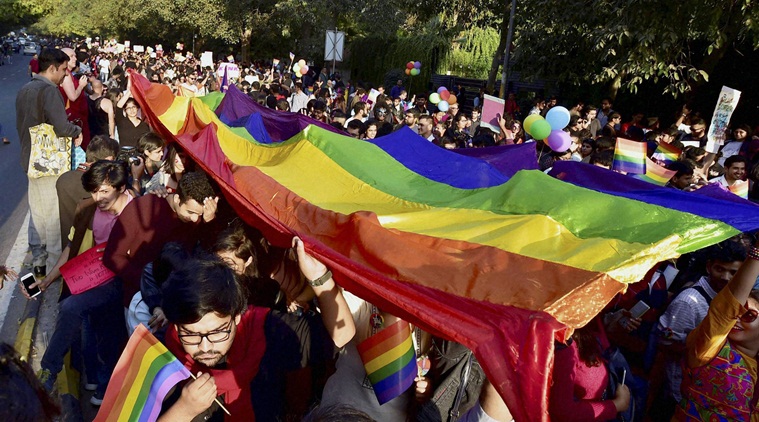 A view of the Delhi pride parade in 2016. Photo: PTI/Kamal Singh

New Delhi: Tata Steel on Monday said that it has introduced a new human resource policy that enables its employees from the LGBTQ+ community to declare their partners and avail all the HR benefits permissible under the law.

“With its vision to provide equal opportunity to the employees, it has been an endeavour of the company to create an enabling workforce for all diverse groups, respecting and embracing the differences in the individuals,” Tata Steel said in a statement.

“Partners mean people of same-sex living like a married couple,” it said.

Under the expanded diversity and inclusion (D&I) policy, Tata Steel employees and their partners will be able to avail a host of benefits including health check-up, medical facilities, adoption leave, new-born parent and child care leave, and inclusion in employee assistance programme (EAP).

Employees will also get financial assistance for gender reassignment surgery and 30 days special leave for the same, the steelmaker said.

They will also be eligible for Tata Executive Holiday Plan (TEHP), honeymoon package and domestic travel coverage for new employees, it said.

“The company’s vision is to be a world-class equal opportunity employer where everyone is respected and every voice is heard. It is a constant endeavour of the company to create an enabling workplace for all diverse groups, respecting and embracing the differences in the individuals,” the statement said.

Besides, this policy entitles them to be equally eligible for participating in any event including an official gathering or an offshore corporate event, where earlier “only spouses of [the] opposite gender were included”, the company added.

Ever since the Supreme Court struck down Section 377 that criminalised homosexuality, corporations in India have pushed to make workplaces inclusive for employees from the LGBTQ+ community.

Citigroup’s India unit earlier extended medical insurance and relocation benefits to all domestic partners of its employees – including those of the same sex. In July, Star India also began offering health insurance coverage to partners of its LGBTQ employees and started providing them with maternity, paternity, in-vitro fertilisation, surrogacy and adoption benefits.

Since same-sex marriages and civil partnerships aren’t recognised in India, companies have to devise their own criteria to offer benefits for long-term partners of their employees.

In July this year the first dedicated hiring consultancy firm, the Bengaluru-based Diversity & Inclusion firm, for the members of the LGBT community aimed to shatter stereotypes through a dedicated wing to look at the job consultancy market for the LGBTIQ candidates.

However, smaller firms across industries like textile houses, printing presses, rubber manufacturers, real estate agencies and others remain largely conservative and do not enact LGBT-friendly policies in their workplaces.

In 2016, a World Bank report pegged India’s GDP loss due to homophobia (caused by factors such as lost wages and health costs) at nearly $32 billion, or 1.7%.