The ruling BJP's reluctance to welcome the verdict unambiguously hints that the queer community may not have it easy in the days to come. 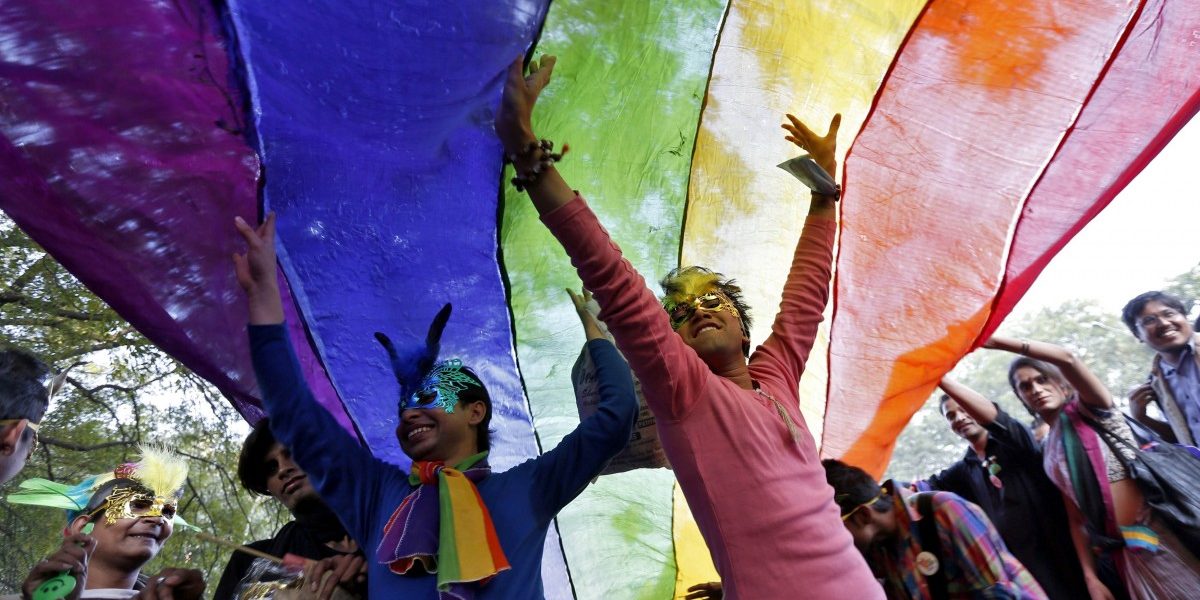 New Delhi: Although a large section of political parties welcomed the Supreme Court’s historic verdict decriminalising homosexuality, the Bharatiya Janata Party (BJP) remained conspicuously silent on it. This, despite the fact that the Narendra Modi government had decided not to oppose the petitions challenging Section 377. However, while in its affidavit it left the decision to the court, it had urged the Supreme Court not to rule on matters related to marriage rights of the LGBT community.

This was a significant change in the BJP’s position which until 2014 was opposed to decriminalising homosexuality. In many ways, the Rashtriya Swayamsevak Sangh (RSS) statement, soon after the verdict, reiterated the government’s stance on the matter. Although the SC bench interpreted homosexual relationships as a matter of citizens’s constitutional rights to equality, the RSS stuck on to its opinion about homosexuality as a social and psychological problem while conceding that it may not be a criminal act.

“Like Supreme Court, we also do not consider it to be a crime. (However), The same-sex marriages are not compatible with norms of the Nature, so we do not support such relations. Human beings generally learn from experiences, that is why this issue needs to be taken care of at the social and psychological level,” a statement released by the RSS said.

This partly explains why the BJP’s national spokespersons chose to remain silent about the verdict. However, what did not go unnoticed were the multiple digs that a senior BJP functionary took at the judgement by the constitutional bench.

Here is what BJP’s Rajya Sabha MP Subramanian Swamy said about the verdict:

The Supreme Court refused to strike down that part of Section 377 IPC which made sex with animals a crime. Does this interfere with fundamental rights too?

“I know many judges who are homosexual. It (homosexuality) is not a normal thing. These are all American habits, there’s a lot of money behind it. The Americans want to open gay bars, and it’ll be a cover for paedophiles and a huge rise in HIV cases. It is a danger to our national security. It (homosexuality) is against Hindutva, it is against all our scriptures,” the BJP leader further said.

In a similar vein, a senior BJP leader, who spoke off the record to the Hindustan Times, said decriminalising homosexuality was alright but the government would oppose any demand to legalise same-sex marriages.

The RSS and the BJP found an unlikely support from organisations which are generally antithetical to their goal of ‘Hindu Rashtra’. Jamaat-e-Islami Hind (JIH), a muslim minority group, said it was “dismayed and disappointed over the Supreme Court verdict to legalise homosexual behaviour between two consenting adults.”

It further said, “… decriminalising homosexuality and permitting male-male and female-female marriage will destroy the family system and prevent the natural evolution and progress of the human race.” The secretary general of JIH urged “to save this country from falling into sexual anarchy, protect our children from vile sexual predators, safeguard the rights of our daughters and sisters and prevent the infringement of the fundamental rights of its citizens as the abrogation of section 377 of IPC will have a cascading effect on the Personal Laws of many religions.”

Similarly, many conservative Christian groups like the Apostolic Alliance of Churches and the Utkal Christian Council, which were among the few to oppose the decriminalisation of homosexuality in court, also opposed the verdict.

The SC verdict, which made the point that ‘social morality’ or majoritarian values should not infringe upon ‘constitutional morality’ in delivering equal rights to all citizens, may have come as a jolt for these religio-cultural organisations as the impact of the judgement may far exceed the case of homosexuality alone.

Political groups that supported the verdict

By and large most national parties expressed their joy over the SC giving preference to the principle of equality and freedom over status quoist legality in deciding the case.

The Congress welcomed the judgement and posted old videos of its leaders supporting decriminalisation of homosexuality.

We welcome the Supreme Court’s landmark #377Verdict. We have always believed that this has been a long time coming & we celebrate it with our friends in the LGBTQAI + community. Equality won today!#Section377 pic.twitter.com/EaCz5zTIy9

Other Congress leaders also took to Twitter to celebrate the judgement.

In every free and progressive society, one has the right to choose who they want to be with: @JitinPrasada on the #Section377 verdict pic.twitter.com/0ilBhcOXpD

An age-old colonial law, that was an anachronism in today’s modern times, ends restoring the fundamental rights & negating discrimination based on sexual orientation. It’s an imp step forward towards a liberal, tolerant society.

It’s been a great day for the country & for equality, it’s been a historic day & a day of celebration. Dr. @ShashiTharoor shares his joy & pride in the Supreme Court #377Verdict #Section377 pic.twitter.com/sjQhodgPMP

The Left parties, which had always supported scrapping of Section 377 but mostly from the peripheries of the campaign, also welcomed the verdict.

The Communist Party of India (Marxist), in a statement, said, “This (SC verdict) constitutes a historic victory for the LGBT communities who have suffered humiliation, bigotry and even violence at the hands of retrograde forces. The CPI(M) has always supported the struggle against Section 377 which the Supreme Court has rightly held to be arbitrary and discriminatory.”

The CPI(M)-backed All India Democratic Women’s Association (AIDWA) came out with a strong statement in favour of the verdict. While welcoming the judgement, it said, “The CJI held that the respect for individual choice is the essence of liberty and that the LGBTQ community has the same equal rights under the constitution as everyone else. The judgment also rightly held that denying a person’s right to sexual orientation is violative of [the] right to privacy and freedom of an individual to conduct his sexual life and personal relationships as he wishes…AIDWA believes that members of the LGBTQ community, like other citizens of the country, should be governed by a full range of constitutional and civil rights and this progressive and positive judgment is a step towards achieving those rights.”

Dipankar Bhattacharya, general secretary of the Communist Party of India (ML-Liberation), said, “All credit for this landmark verdict goes to the LGBTQIA activists, individuals and organisations and the dedicated team of lawyers. The Supreme Court today, upholding the rights of LGBTQIA people, observed that ‘Majoritarian views and popular morality cannot dictate constitutional rights. We have to vanquish prejudice, embrace inclusion and ensure equal rights.’ This principle that constitutional morality rather than majoritarian popular morality must guide public policy, needs to be underlined today not only in the matter of LGBTQIA rights but also against laws as well as mob actions that seek to meddle in individual decisions on matters of diet, dress, choice of partner, and so on,” Bhattacharya said.

“Now that the shadow of Section 377 has been lifted, we look forward to struggles to achieve and expand the fullest possible equality and dignity for LGBTQIA people in India,” he added.

Personal choices we make in our lives should not be dictated by law – well done SC for this historic verdict. #Section377

The rights of #LGBTQ community are finally recognized and India has taken an important step towards fulfiling its universal human rights obligations. Hope we move towards a more liberal, tolerant and inclusive society.#Section377

Despite the significant support from a large section of political parties, the ruling BJP’s reluctance to welcome the verdict unambiguously hints that the queer community may not have it easy in the days to come. Justice Nariman in his concurring judgement has asked the BJP-led union government to publicise the verdict as widely as possible. However, with the government’s unclear stance on the matter, the LGBTQIA+ community may have to brace itself for yet another struggle to get the government to fulfill its task.