The International Commission of Jurists has called to end criminalisation of LGBTI identities in South Asian states. 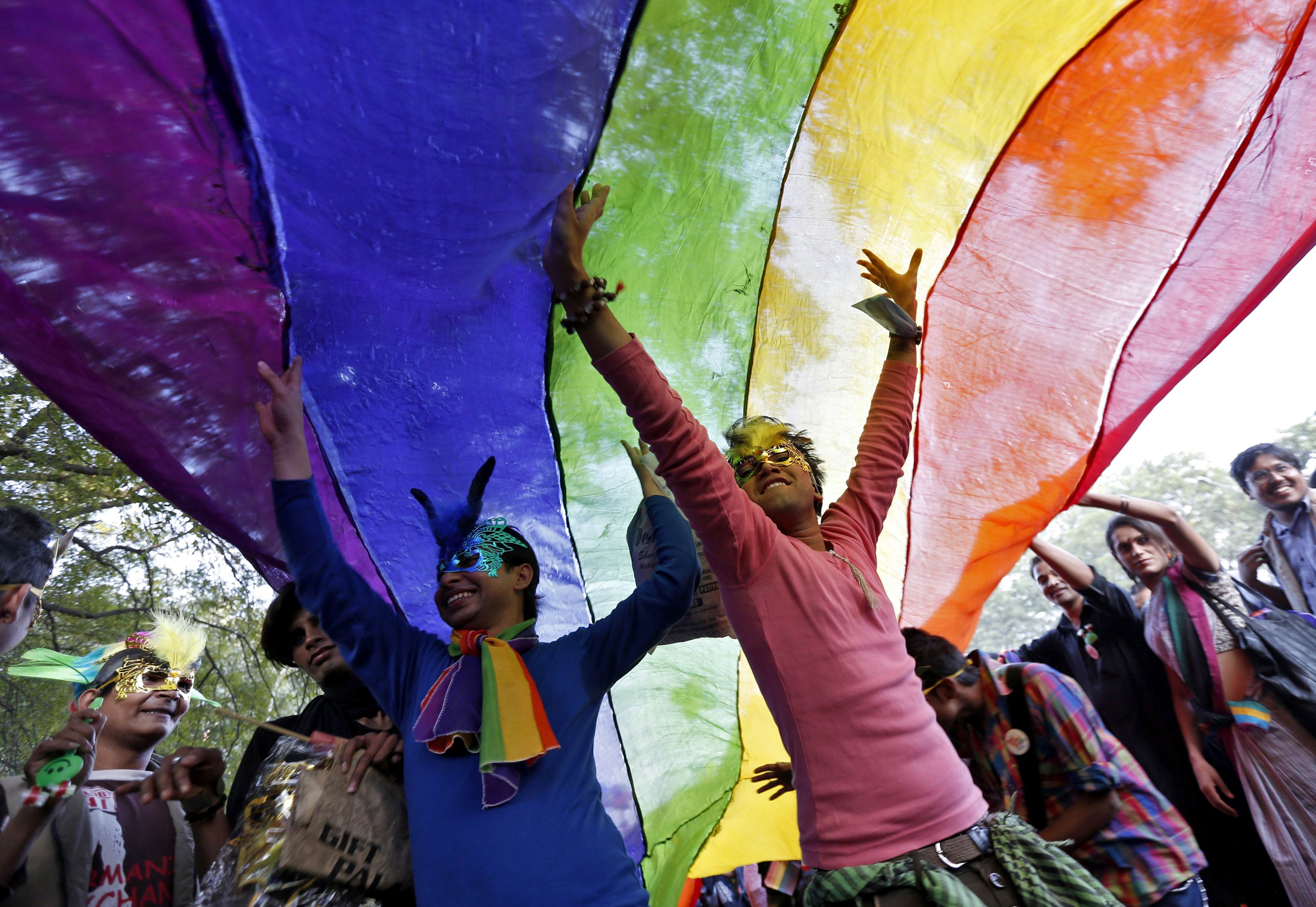 The Commission has said that the continued existence of regressive laws creates an ominous threat against entire large segments of  populations in South Asian countries. Credit: Reuters/Mansi Thapliyal

New Delhi: On International Day Against Homophobia and Transphobia (IDAHO-T) (May 17), the International Commission of Jurists has called for an end to criminalisation of lesbian, gay, bisexual, transgender and intersex (LGBTI) communities and to respect, protect and fulfill the full range of their human rights. The Commission has observed that discriminatory laws across South Asia have enabled socially constructed gender and sexual norms to intimidate and even threaten violence against LGBTI persons. In a statement, the jurists have urged South Asian states to repeal discriminatory laws against LGBTI:

Under international law, including the International Bill of Rights, that is the Universal Declaration of Human Rights and the two Covenants – the International Covenant on Civil and Political Rights and the International Covenant on Economic, Social and Cultural Rights – discrimination on the grounds of sexual orientation and/or gender identity is prohibited. In this context, the Office of the UN High Commissioner of the Human Rights has underscored five core international human rights law obligations for States: (1) protecting individuals from homophobic and trans-phobic violence; (2) preventing torture and cruel, inhuman, and degrading treatment of LGBTI persons; (3) decriminalizing homosexuality; (4) prohibiting discrimination based on sexual orientation and gender identity; and (5) respecting the freedom of expression, association and peaceful assembly of LGBTI persons.

The statement reasoned that under international human rights law, the principle of non-discrimination includes the right to determine one’s sexuality, sexual orientation, and gender identity and gender expression. It observed that the states’ policing of gender and sexuality has created a pattern of stigma, harrassment and violence, which goes against international human rights law obligations. The statement further emphasised that consensual same-sex sexual relations, based on colonial era laws, remain criminalised in Afghanistan, Bangladesh, Bhutan, India, Maldives, Pakistan and Sri Lanka. The signatories added that the continued existence of such laws creates an ominous threat against entire large segments of  populations in these countries.

The statement also cited examples of countries which have amended their laws to make them progressive:

In another welcome move, on August 24 2017, the Indian Supreme Court affirmed the right to privacy as a fundamental right, and stated that one’s sexual orientation and gender identity are core aspects of an individual’s right to privacy. Recently, the Court has also decided that it would hear petitions challenging the constitutional validity of Section 377 of the Indian Penal Code on the basis that this provision infringes the petitioners’ rights to sexuality, sexual autonomy, life, privacy, dignity and equality, along with other fundamental rights recognized by the Indian Constitution.

In Pakistan, in 2009, the Supreme Court directed the Government to recognise the human rights of transgender persons. Subsequent Supreme Court orders further directed the Government to provide free medical and educational facilities, microcredit schemes and job quotas to transgender people in every Government department. However, the Supreme Court’s orders remain largely unimplemented. On 8 May 2018, Pakistan’s  Parliament enacted a law to protect and promote the rights of transgender people. While this law is a landmark achievement, it falls short of international standards in this area, including the Yogyakarta Principles on the application of international human rights law in relation to sexual orientation and gender identity.

In Nepal, in 2007, the Supreme Court in a landmark judgment directed the Government to ensure that people of diverse gender identities and sexual orientations can access their fundamental rights without discrimination. Further, the 2015 Constitution contains provisions for the protection, empowerment and advancement of gender and “sexual minorities”. A recently tabled bill proposes to criminalize unnecessary medical interventions, and provides some, though incomplete, protections to intersex children.

While there have been some progressive developments, discrimination, violence and other human rights abuses against LGBTI people – both at the hands of State and non-State actors – remain rampant in South Asia.

In addition to this, the organisation has urged all South Asian governments to enable transgender persons to have the right to determine their gender, and enact legislation that establishes prior, free, full, informed, genuine and consistent consent for any unnecessary medical interventions on intersex persons.