Despite Section 377 being read down, police officials and volunteers continue to target gay and trans people. 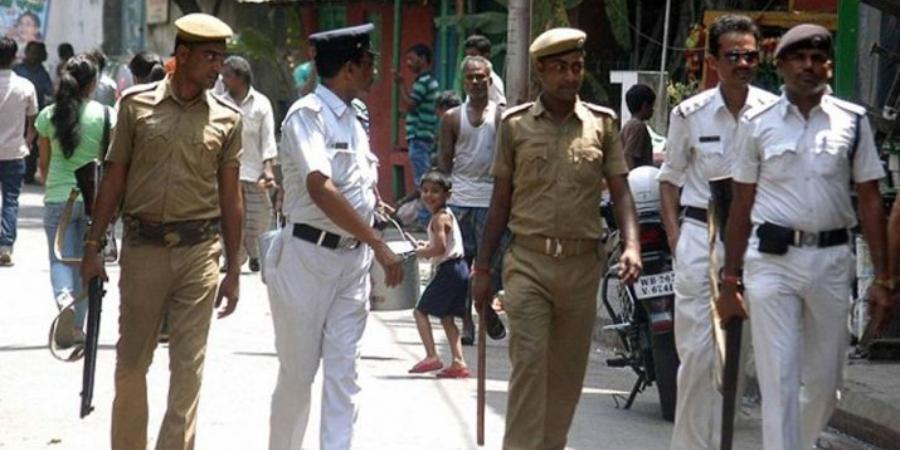 Kolkata: Late on the evening of July 20, 23-year-old Sanjit Mondal*, a gay man, was accosted by two men on a motorcycle while on his way home from visiting a friend in Kolkata’s Chinar Park neighbourhood. They asked him to accompany them to the nearby police station. When he refused, they verbally and physically assaulted, and tried to force him on to their bike.

The Civic Police Volunteer Force was introduced by the Kolkata Municipality in 2008, to assist the Kolkata Police with traffic management. According to the ruling Trinamool Congress’s website, the force was to be requisitioned for duty for elections, festivals and disaster management. The civic police are enrolled at the thana level. In 2018, the Mamata Banerjee-led state government approved a salary hike for the volunteer police, and at the time there were more than one lakh people enrolled.

Still unaware of his “crime”, Mondal kept refusing to go with men. Soon, more civic volunteers in plainclothes joined in and the ensuing altercation attracted public attention. “I told them (the public) that I didn’t know where these people are taking me and begged them to help me,” he says.

When the people questioned the civic volunteers, they falsely claimed that he was a thief, says Mondal. “The public told me to go with them. They said, ‘If you are innocent, they will let you go’ .” On the way to the station in a police car, the volunteers along with uniformed police officers allegedly asked him inappropriate questions about his sexual identity. “They asked me, ‘Why do you behave like a girl? Why do you have long hair? Why are you wearing earrings? Why do you walk like a girl? Do you have a boyfriend or a girlfriend?’” he says.

He was stunned. “I asked them why they were asking me these questions. Is this a reason to arrest someone? They said, ‘We think you had nefarious intentions.’’’

Mondal was taken to the Narayanpur police station under the Bidhannagar City Police, where he was further humiliated, threatened and abused for his sexual orientation. Mondal alleges that at the station, a police official snatched his phone and went through his image gallery and showed it to others present.

“They laughed among themselves and said, ‘Look he is gay and this is why he has such images’,” he says.

Later that night, Mondal was woken up by two officials who asked him more inappropriate questions. “They asked me if I have a penis, whether I was a man or if I have surgically removed my sex organs. When I told them what they were doing was wrong, they hit me on my knees with a cane.”

Throughout his more than 12-hour ordeal at the police station, Monday says he was never put in lockup. Instead, he was kept in an empty room.

He was let go around noon the next day with a stark warning – if he doesn’t start behaving “like a man”, they will tonsure him and feed him to a crocodile. “They all agreed that gay people should be beaten,” he adds. 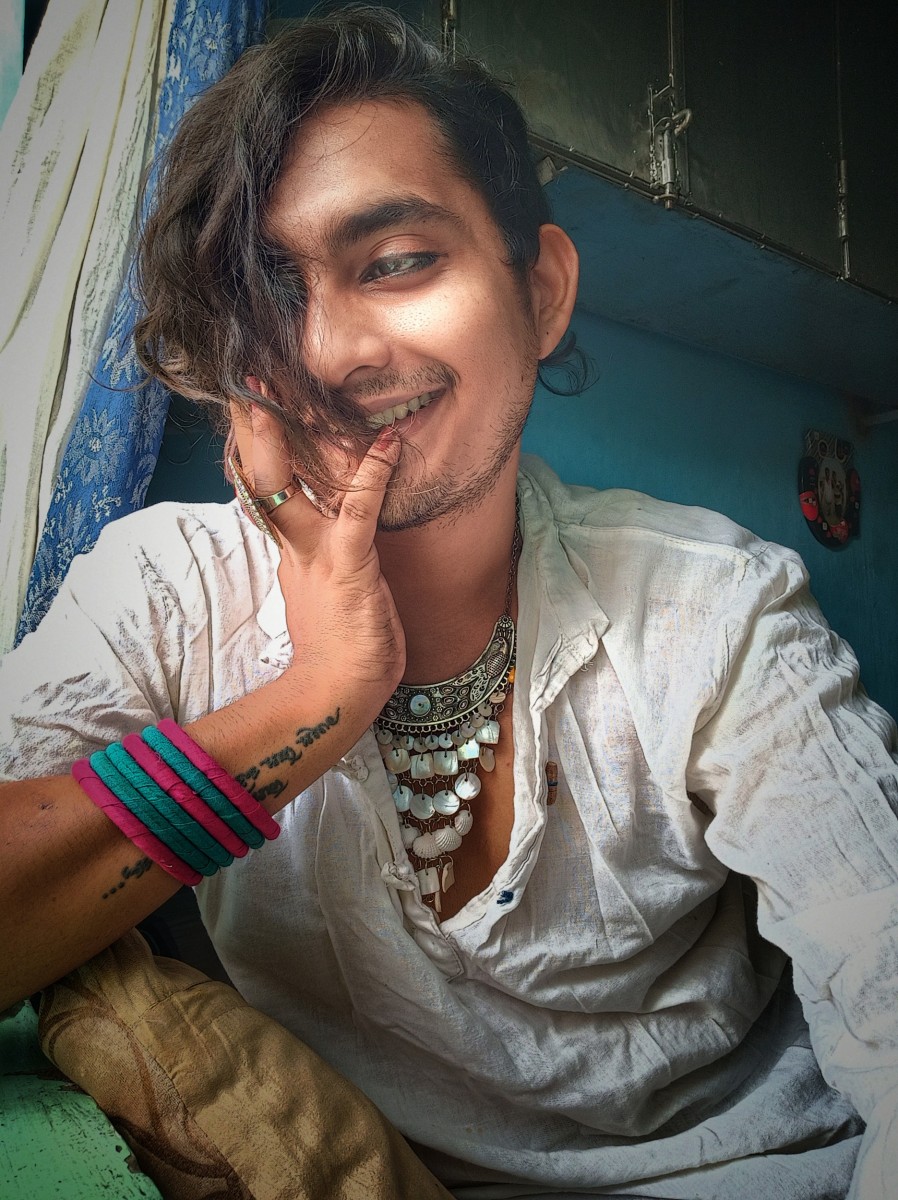 In October 2018, then 25-year-old Obhishek Kar had a similar experience in another part of the city. Around 9 pm, Kar, a trans woman, was hurrying towards Rabindra Sadan in central Kolkata through a deserted road in the military base campgrounds near Elliot Park. As they made their way through a dimly lit path, two men on a motorbike labelled “police” flashed their headlights and stopped by their side. The men slapped Kar, used transphobic slurs and accused them of being a sex worker.

The men identified themselves as police officials from the nearby Maidan police station. The altercation was broken up by two men who were passing by. The next day, Kar went to the Maidan police station to lodge a complaint. The station did not take the complaint – instead, Kar had to recount their experience many times over to different policemen and was beaten up by the two errant cops while their colleagues watched.

“It’s a regular tactic of harassment that happens throughout the country with people who are perceived to be gay or trans, or even sex workers who are just doing their jobs,” says Chandni Chawla, a lawyer in Bombay high court who has worked extensively on gender justice.

Talking about Mondal’s case, she says that when Section 377 was read down, such instances of abuse were highlighted in the Supreme Court judgment and it is unfortunate that this continues. “It is very insensitive. Also, what are you going to charge this person with? On what basis do you think he has solicited? There has to be some concrete proof.”

Mondal felt humiliated and broken. “I was confused and shocked that this could happen in a post-377 era.” His family was never supportive of his sexual orientation, so he lied at home. “I told my family that they (police) got me mixed up with someone else,” he says. But he wanted to share their experience so that no one else had to go through what he did. 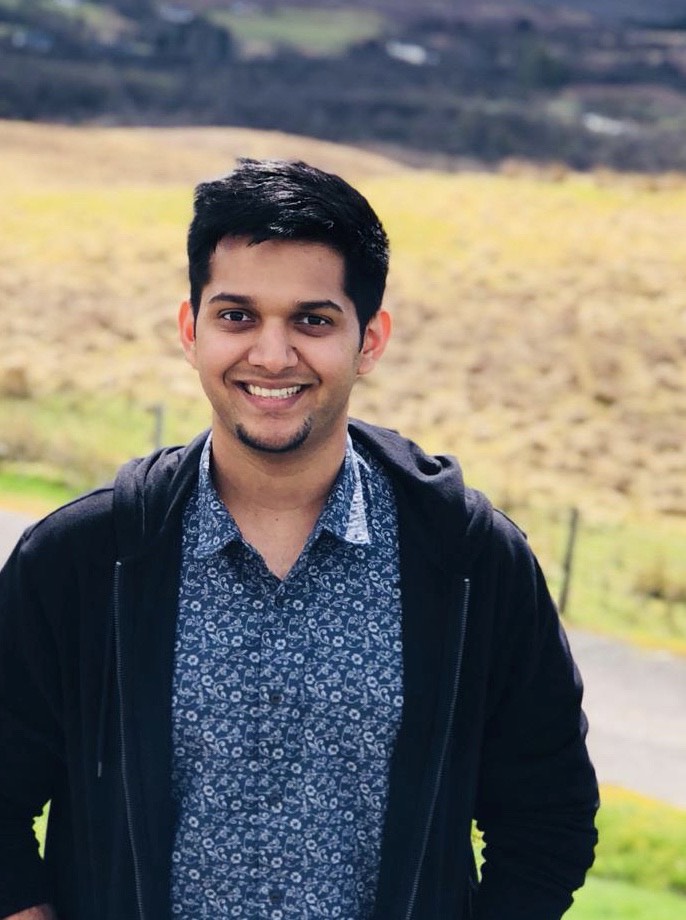 On Tuesday evening, Indrajeet Ghorpade, based in Pune, got a message from Mondal detailing his experience. Ghorpade runs Yes, We exist, an online LGBTQ awareness platform which Mondal follows. Ghorpade spoke to Mondal and took down the details of the encounter. He spent the next two days reaching out to the Narayanpur police station, West Bengal Transgender Development Board and the Department of Women & Child Development and Social Welfare, Government of West Bengal “to inform them, urge them to initiate an inquiry and get a comment”.

“Both the board and the department landline numbers were unresponsive,” he says. He got in touch with a few members of the board mentioned on the website. “They told me the board was non-functional as the contract of the members ended in 2018,” he says.

The police station acknowledged Mondal’s arrest but refused to provide any reasons for it. On insisting, they asked Ghorpade to come to the station with Mondal for answers.

“I knew writing and publishing Mondal’s story was the only way to get the attention of local organisations in Kolkata and also build pressure on the police as well as spread awareness about police actions against LGBTQIA+ persons in Kolkata,” says Ghorpade.

“I also wanted to arrange a mental health counsellor for Mondal, someone who had experience working with survivors of violence and trained in queer affirmative counselling practices,” he adds.

He explained to Mondal the worst case and best case outcomes of publishing the account online. With Mondal’s informed consent, Ghorpade published a blog post detailing the torment. 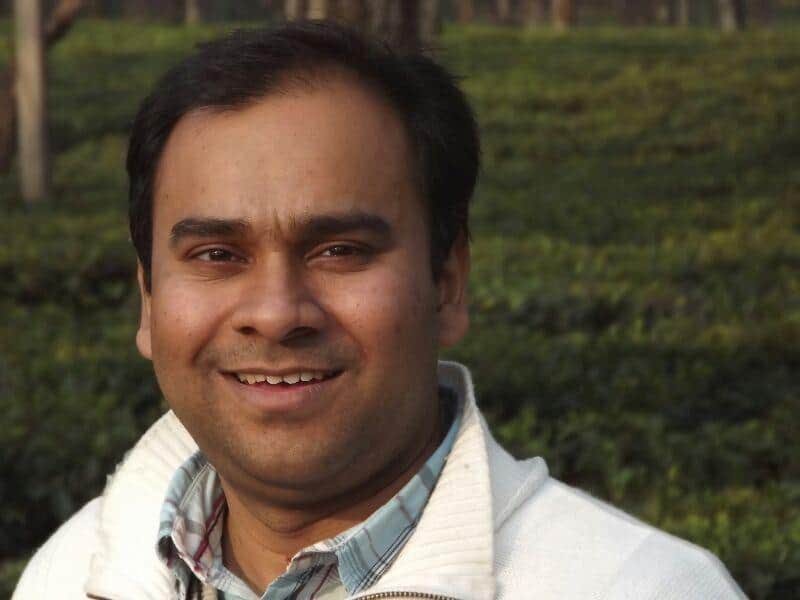 It had the desired effect. Bappaditya Mukherjee, founder, and director of Prantakatha, a Kolkata-based NGO that works with LGBTQIA+ people, read it and was surprised to learn that this sort of incident could happen in an urban metropolis. “I was sceptical at first. Ten or 15 years ago, it would have been believable,” says Mukherjee. He immediately got in touch with Mondal through Ghorpade. He asked Mondal to send the organisation a note detailing the events of Monday night and Tuesday morning.

Based on the note, Prantakatha helped Mondal draft a complaint to the commissioner of Bidhannagar police, detailing their ordeal. Mondal requested the commissioner “to investigate, identify, and punish these people who I strongly feel has no place in a disciplined police force.”

On Monday, a week since the alleged harassment, Mondal met with Kamanasish Sen, deputy commissioner of police (DCP) New Town, under whose jurisdiction Narayanpur station falls.

“I wanted to talk to Mondal and conduct an inquiry,” says Sen.

He says that a person’s sexual orientation or identity should not be mocked. “I acknowledge that post the NALSA judgment and since Section 377 was ready down, a lot of sensitivity needs to happen in the field,” he adds.

Sen has not initiated a detailed inquiry yet as Mondal doesn’t want to take the matter further.

For now, Sen has instructed all police stations under his jurisdiction, including police officials and civic volunteers, not to harass a person because of their sexual orientation or gender identity.

“After a month or two, when the (coronavirus) situation stabilises, I have decided to conduct (sensitisation) workshops in all police stations under my jurisdiction. The sensitisation needs to happen at all levels of the police,” he says.

Suman Ganguly, advocate, Calcutta high court and president, Prantakatha, accompanied Mondal to the DCP’s office. He says that Mondal’s dignity was violated and the DCP’s assurances made them feel a lot better.

“He apologised and admitted that what happened with me was wrong. That acknowledgment by the DCP made me feel a lot better,” says Mondal.

Kar had a very different experience. They had met with the officer-in-charge (OC) of the Maidan police station. “The OC apologised to me. The two officers who assaulted me also verbally apologised. I wanted either a written apology or a videotaped one. The OC refused,” they say.

Kar then escalated their complaint to the Office of The Deputy Commissioner Of Police, South Division who asked the (Maidan) station to initiate an inquiry. In the following weeks, Kar received several phone calls asking them confounding questions and subjecting them to low-key harassment. Sometime later, the calls stopped and Kar did not pursue their complaint.

Ghorpade had heard a lot of good things about Kolkata. “Especially about the police because the Kolkata pride has been the most historical and longest-running one,” he says. So he found Mondal and Kar’s experiences especially shocking.

“The police did not tell him (Mondal) the reason for the arrest. They violated his privacy by taking away his phone and sharing the images (from his phone) with other people in that space. They again violated all his rights as a detainee by subjecting him to physical violence. He wasn’t given a chance to consult with a lawyer or a family member. His phone was snatched and confiscated. So, on multiple levels, the police failed.”

“It was not just the femmephobia or the transphobia of the police but it was also the fact that the police was completely misusing their power by not following the procedures that are required for arresting a certain individual,” Ghorpade said in a Facebook live video on Saturday, July 25.

Also read: Because of ‘Sex’: The US and India on Workplace Discrimination Against LGBTQI Persons

He says that a board for the protection of LGBTQIA+ people needs to be constituted, or the scope of the Transgender Welfare Board must be expanded to also cover atrocities against other queer individuals who do not identify as trans.

“There’s no board or government body for the welfare of queer men, who are also vulnerable to atrocities,” he says.

Ranjita Sinha, a former member of the West Bengal Transgender Development Board and director of Association of Transgender/Hijras of Bengal (ATHB), says this incident proves that implementation of the Section 377 judgment has not reached the grassroots. “Maybe the police station is not aware of the rights of LGBTQIA+ people. The judgment should not remain a law only on the paper,” she says.

According to Mondal, the police who assaulted him cared only that he was gay and nothing else. “I am happy that I was able to raise my voice and raise awareness. I do not want to get into a long race for justice in the court. I want to lead a normal life. I want them to be taught and sensitised,” he says.