The pride march in Mumbai has been occurring annually since 2008. Now it is unclear whether the 2020 edition will take place. 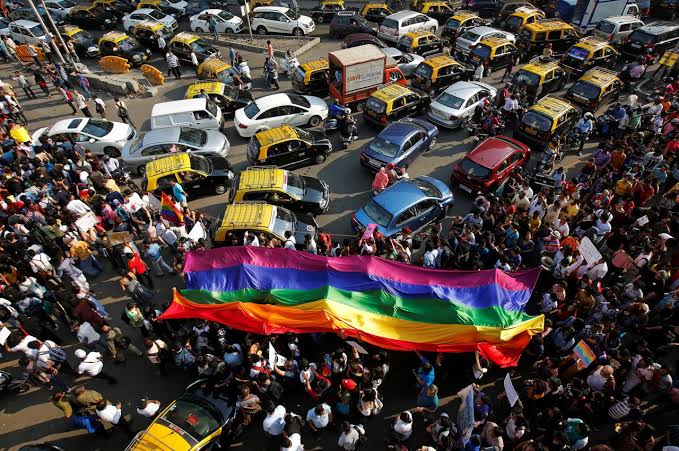 New Delhi: The police has denied permission for this year’s annual pride parade in Mumbai, which was supposed to be held at August Kranti Maidan on February 1. Permission was reportedly denied after a message linked the march to protests against the Citizenship (Amendment) Act and National Register of Citizens.

According to the Indian Express, the organisers – Humsafar Trust – had taken permission from the Mumbai police last week for a gathering of 10,000-15,000 people that would take out a march beginning at the maidan.

On Tuesday, though, the police revoked that permission, saying that the organisers did not have permission to “protest”.

Between the permission being given and taken away, a message circulated on WhatsApp linking the Queer Azaadi Mumbai Pride 2020 to protests against the Citizenship (Amendment) Act (CAA) and National Register of Citizens (NRC). “Join the LGBTQIA community in upholding the values of the Constitution of India. Show up in big numbers to join the queer contingent that is against the NRC, CAA. 1st Feb 3 pm August Kranti Maidan Queer Azaadi March,” Indian Express quotes the message as saying.

The police then asked the Trust for an explanation, and later revoked permission for the gathering. According to Firstpost, police say in their letter that the revocation is because they heard anti-CAA slogans may be raised at the event. If the parade is held without permission, the letter says, the organisers would have cases filed against them.

“Queer lives are multidimensional. We exist not only in the forefront or on the margins, but also in intersections of caste, religion and creed. While securing permission, the police officials told us that there should be no talk of CAA-NRC at the march. However, there is no way to stop people from walking with banners as queer lives are being affected by the act. Are we going to police everyone who decides to voice their opinion at CAA-NRC at an event?” Harish Iyer, an LGBTQ+ rights activist, told the website.

The pride march in Mumbai has been occurring annually since 2008. Now, with the police revoking permission, it is unclear whether the 2020 edition will take place.

The police reportedly told the organisers that they can hold the parade at Azad Maidan instead of the planned venue if they want to. However, that would mean that it is a protest gathering rather than a march. “The police has offered us Azad Maidan as a venue. But that would make this a protest rather than a march. The entire point is to lead a march to talk about human rights. People come from all over India and the world to participate in the March. It is disappointing for us and everyone who had planned to attend. They are bound to raise angry slogans during the protest. We have asked for 24 hours to come a decision on the venue,” Tinesh Chopade of the Humsafar Trust told Indian Express.