Ranjita Sinha and her friends thought that police would come and take some action against the harasser. To their shock, they addressed him as 'sir' and even saluted him. 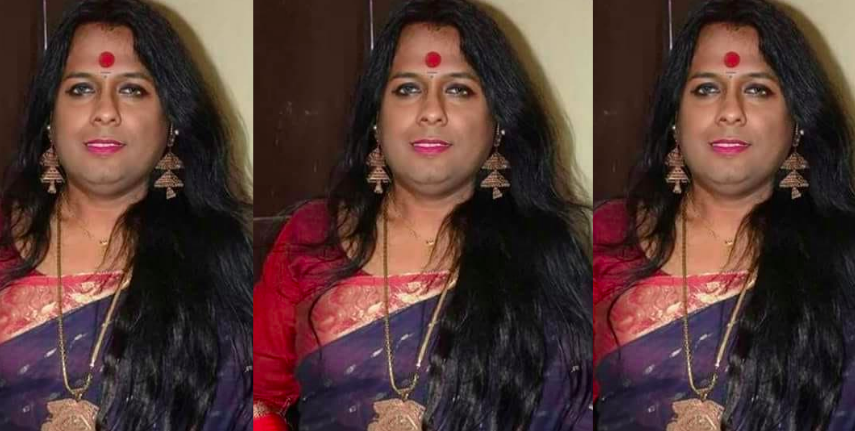 Kolkata: Ranjita Sinha, a transgender woman, a former member of the West Bengal Transgender Development Board and director of Association of Transgender/Hijras of Bengal (ATHB) has been distributing rations to members of the trans community in Kolkata since the lockdown began in March.

“A lot of them have lost their livelihoods due to the pandemic. They can no longer beg, perform or earn a livelihood through sex work,” she says.

On Monday, September 21, Sinha and two of her friends, while on their way back from distributing relief, decided to stop for a cup of coffee at the C.R. Avenue in central Kolkata. As their driver was parking the car by the road, a man came and tapped on the window. As soon as the driver rolled down the window, the man grabbed him by the collar, alleges Sinha.

“We thought maybe he was the parking attendant and our driver was parking at the wrong spot. Or maybe that it was someone who had unresolved issues with him (the driver),” says Moon Saha, Sinha’s friend who was seated in the front.

“I asked him who he was and what he wanted,” says Sinha.

“He then came over to my side, touched my cheeks, and said, ‘What happened?’ His breath was reeking of alcohol and before I could react, his hands were grazing down my neck. I immediately alerted everyone to roll up their windows,” she adds.

He then started tapping Saha’s window asking for it to be opened. “He went over to the driver’s side and was trying to get his hands inside the car. He bent down and started mouthing kisses,” she says. When her driver protested he twisted his arm and said, ‘You think you can stop me? Do you know who I am?’ He pointed at me and said, ‘I want her’,” says Saha.

The physical altercation left the driver with a fractured wrist.

“It was so scary. Even now I am upset thinking about it,” she adds.

The man blocked their way and continued making comments. “I can’t describe the lewd and sexually laced comments he was making,” says Sinha.

The women dialled 100 and explained their predicament. Meanwhile, the man continued pounding and kicking the bonnet of the car. When no one showed up for almost 20 minutes, Niharika Mukherjee who was seated in the back beside Sinha dialled the Bowbazar Police Station.

“I live in the area and know the head sergeant and the OC. I explained our situation to the sergeant. Within 10 minutes the police arrived,” she says.

All three women were hoping the police would come and take some action against the man. To their shock, the police personnel addressed him as “sir” and even saluted him.

The man who was harassing them turned out to be Abhishek Bhattacharya, an additional officer-in-charge of the south west traffic guard. 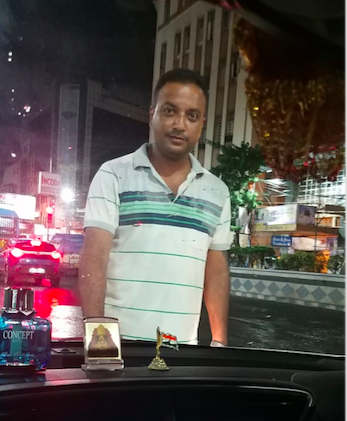 Infuriated with the police response, Sinha started a live video on Facebook where she and her companions are seen confronting him about his behaviour. Two uniformed police officers can be seen standing in the background watching the confrontation. A few minutes later, a man in civilian clothes is seen leading him away.

The women followed him to the Bowbazar police station where they demanded an FIR be lodged against the person.

“We had to wait a long time at the police station. We were rigid in our demand for an FIR,” says Saha.

The police, they allege, even called the errant cop’s mother and wife to the station to try and emotionally pressure them to not lodge a complaint. “His family was trying to get us to drop the case. We said this was not only about us but the entire community. If we don’t take action against this, he will repeat this kind of behaviour,” says Saha.

The police, says Sinha, finally told her that they will lodge a general diary and ‘treat it as an FIR’. “They thought that I don’t know anything. I have helped countless trans brothers and sisters to lodge FIRs. An FIR means the police have to immediately take action on the complaint,” says Sinha.

“We reached the Bowbazar police station at 8 pm. Our FIR was lodged at midnight. Till then the police were trying to dismiss the case.”

Bhattacharya was produced at a City Sessions Court and granted bail the next day.

In an email, the Deputy Commissioner of Police, Central Division, Kolkata told The Wire that Bhattacharya has been booked under Section 18 of the Transgender Act 2019.

Departmental disciplinary proceedings have also been initiated against him.

“Traffic police have an important role. If we face any danger in the roads, they are the first people we approach for help,” says Anindya Hajra, a transgender rights and social justice activist based in Kolkata.

According to her, not everyone can manage to register a complaint. “Ranjita and her friends are much empowered and showed a lot of courage to pursue the complaint.”

Also read: This Lesbian Policewoman Couple in Gujarat Fought for Their Right to Be Together – and Won

“We know a lot of trans people who have faced similar situations but have not been able to follow through with the complaint. We don’t ever find out (about such incidents), and they don’t get involved in the justice mechanism,” she adds.

This incident, she says, is not about trans or cis people. “This is about all those who are considered vulnerable. This happens irrespective of whether the person is identifies as trans.”

‘A police officer is always on duty’

“He was using his authority as a police officer to assert power over the women. That is precisely why accountability mechanisms have become central,” she says.

In response to a PIL, the Supreme Court had laid down seven directives on police reforms for the Central and state governments in 2006. One of the directives was to set up a Police Complaints Authority (PCA) at state and district levels to look into public complaints against police officers of and above the rank of Deputy Superintendent of Police.

The latest available data in the National Crime Records Bureau records show a total of nine cases registered against the state police for assault on women with intent to outrage her modesty and insult to the modesty of women respectively in Cases Reported of Human Rights Violations by Police and Their Disposal During 2015 (All India). Though 34 state police personnel were charge-sheeted for human rights violations, none of them were convicted. More than 50,000 cases were registered against police personnel in 2015 in India.

“In this case, one way this could be addressed is by including norms for the protection of trans people while interacting with police and prison authorities. The second thing that can be done is actually include trans people in the police. That would create an atmosphere of inclusivity or understanding within police departments,” says Bouruthu.

The third thing that could be done, says Bouruthu, is the sensitivising police officers. “We need to have very precise and sensitive modules that train police officers regarding the conditions of trans people and how to address them.”

Apart from all this, accountability of police is key. “Whenever a police officer or a person who is in a position of power like that violates somebody’s right, they have to be held accountable. Accountability measures must be non-negotiable irrespective of who the citizen is,” she says.