Karnataka Trans Policy May Be a Step in the Right Direction, But Needs Work

Public consultations with the community were held, however, the government dropped some of the vital inputs of prominent community groups from the final draft. 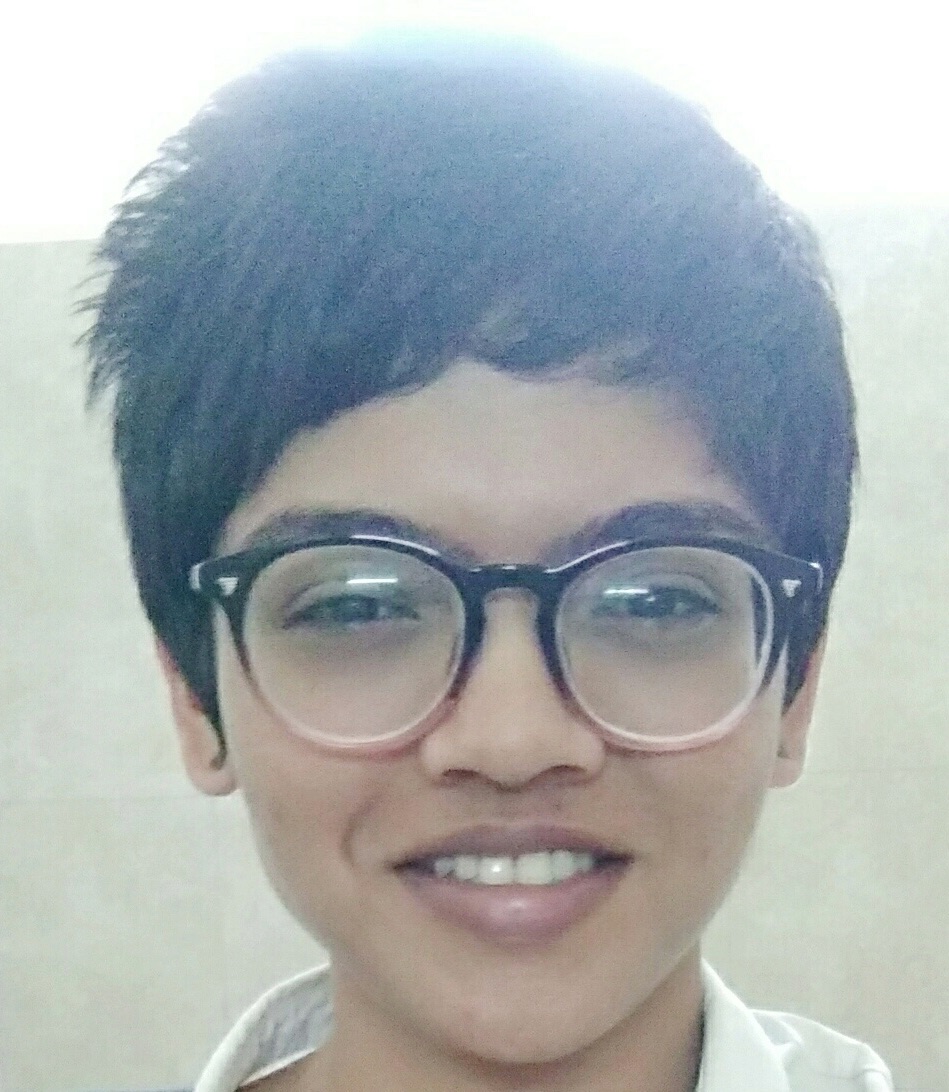 The Supreme Court in NALSA vs Union of India (April 2014) guaranteed a plethora of rights, including the right to self-identity, access to entitlements, right to education and employment, and the inclusion of members of the transgender and intersex communities in all aspects of citizenship.

Since the passing of this judgment, the central government has attempted to formalise the law laid down by the Supreme Court through different iterations of the Transgender Persons (Protection of Rights) Bill in 2014, 2015 and 2016.

However, with each revision, the Bill stepped further away from the letter and spirit of the law laid down by the Supreme Court. The transgender and intersex communities have repeatedly stated that the Bill, in its current form, does not have a rights-based approach, which was at the heart of NALSA vs Union of India.

In an unprecedented move, members of transgender communities (M to F, F to M, sex workers) approached the Karnataka Backward Classes Commissioner, C.S. Dwarakanath, for a consultation to determine whether the community could be included within the category of socially and educationally backward classes under Article 342 B (1) of the constitution, thereby making them entitled to affirmative state action.

This was a momentous event in the history of the gender and sexuality movement, as this was the very first time the community was given an opportunity to be included in various entitlements on recognition of their marginalisation on the basis of their identity pre NALSA vs Union of India.

As a result of this consultation, the Karnataka government launched a monthly pension scheme for higher education to aid members of the community in August 2010. Loan facilities of Rs 20,000 for self-employment were made available. In the latest budget, this loan has been increased to Rs 50,000. Interestingly, while the Dwarakanath Commission was the first to include the community’s needs under its ambit in Suggestion No. 25 of its recommendations, the sanctioning authority for all welfare schemes from 2010 till date has been shifted to the Department of Women and Child Development (DWCD), with budget allocations and delivery of services for the transgender community being part and parcel of existing mechanisms in place for women and children.

At the national level and in states like Kerala, welfare measures have fallen under the aegis of the Department of Social Justice/Ministry of Social Justice and Empowerment (MSJE). Kerala also has a separate Gender Welfare Board, which is one of the many reasons why the Kerala Policy on Transgender Rights is one of the very best in the country.

What is striking is that it was the MSJE which conducted widespread consultations through Standing Committees appointed to make recommendations to the Supreme Court during the NALSA hearings and subsequently as well. The imagination of the Transgender Welfare Boards also falls outside the ambit the DWCD for the simple reason that the existing burden on this department does not allow for an effective inclusion of the needs of the community. Further, the inclusion of all trans communities within the DWCD is problematic and strips certain communities, specifically the F to M community, from their self-identified masculinity.

In 2011, the Karnataka Police Act, 1963 was amended to include a regressive provision allowing for the surveillance of trans women in the state. Section 36A was introduced and read as follows:

36A. Power to regulate eunuchs.-

The Commissioner, may, in order to prevent or suppress or control undesirable activities of eunuchs, in the area under his charge, by notification in the official Gazette, make orders for,-

(a) preparation and maintenance of a register of the names and places of residence of all eunuchs residing in the area under his charge and who are reasonably suspected of kidnapping or emasculating boys or of committing unnatural offences or any other offences or abetting the commission of such offences,

(c) prohibiting a registered eunuch from doing such activities as may be stated in the order.

(d) any other matter he may consider necessary.

Recognising the perpetuation of persecution, police brutality, surveillance and impunity sanctioned by this provision, the Karnataka Sexual Minorities Forum filed a PIL before the Karnataka high court in 2015 to strike down Section 36A. In view of this petition, the state government amended Section 36A in 2016 to delete the offensive reference to the transgender community and replaced it with the word “persons”. However, in doing so, it broadened the scope of application of Section 36A without undoing or curtailing any of the dangers of having such a law remain in the statute book.

The state budget of 2013-14 also saw the introduction of the Mythri scheme, which made members of sexual minorities aged above 50 years eligible for a monthly pension of Rs 500 and thereby, automatically entitled to benefits under the old-age pension scheme once they cross the age of 64 years.

At the time, arguments were made in favour of lowering the age of eligibility as it is very difficult for community members to find and retain employment to sustain themselves till the age of 50. Further, critiques on the quantum of pension sanctioned have still not been redressed.

In addition, the Mythri scheme, like all government schemes, mandatorily requires ID proof. This has been and continues to be a major roadblock in accessing the scheme. Further, at the time of the very first claims made under the Mythri scheme, partners of members of the community were made eligible for availing its benefits, which raises the question of the efficacy of the scheme in terms of reaching those who it was envisioned to aid. The age of eligibility for the Mythri scheme has now been decreased from 50 to 18 years.

The Persons in Destitution (Protection, Care and Rehabilitation) Model Bill, 2016

Begging is a crime as per the existing Karnataka Prohibition of Beggary Act, 1975. Different state governments have laws prohibiting begging. The central government has now scrapped the Persons in Destitution (Protection, Care and Rehabilitation) Model Bill, 2016, which would have replaced all other state laws and decriminalised begging.

However, this Model Bill was not different from the existing laws on begging. It was cloaked in the idea of decriminalisation of begging but had all other problematic provisions of the existing state laws. It directly targeted the traditional guru-chela system of hijra culture. As a result of scrapping this Model Bill, begging is still a criminal act and affects thousands of transgender people who are involved in begging by their own will and for lack of other employment opportunities. Unfortunately, the Karnataka State Policy on Transgenders, 2017, too is silent on decriminalising begging. So far, the attempts of the government regarding begging is not directed towards addressing the structural issues that drive someone to beg, but towards gentrifying the cities by delinking poverty and begging.

Between 2010 and 2014, community members, civil society and various community-based organisations working on the ground throughout Karnataka engaged in dialogue with the state government to protect the rights of transgender and intersex communities in Karnataka.

Post NALSA, advocacy in the state shifted to ensuring rights within the framework of the progressive law laid down in NALSA vs Union of India. A state-level policy was envisioned, with its first draft being prepared after due consultation in 2014. However, despite detailed submissions being made to the government, provisions for inclusion in education and healthcare were left out.

In October 2017, the state government formally adopted the Karnataka State Policy on Transgenders, 2017. Between 2014 and 2017, the government delayed the process of consultation and finalisation of inputs from community members and organisations. To add to this, contrary suggestions and opinions were received by the government from different groups and factions. In an interesting move, members of the community refused housing opportunities for SC and ST members. Public consultations with the community were held, however, the government dropped some of the vital inputs of prominent community groups from the final draft.

The policy aims to safeguard the fundamental rights of transgender persons through various social and economic interventions. Social, legal and institutional protection, educational and health facilities, basic amenities such as water supply, sanitation, housing and employment are guaranteed in the policy. It also commits to building much needed public opinion to strike down Section 377 of the IPC.

While this policy is a step forward in some respects, there are certain problematic provisions such as gender certification and identification, issue of identity cards, silence on rights of marriage, adoption and inheritance, which need to be immediately addressed. Several provisions are unfortunately modelled around the Transgender Persons (Protection of Rights) Bill, 2016, despite widespread opposition to the same.

The policy further aims to create positive awareness about the community in society at large, reaching out to family members through anganwadi workers to sensitise them about trans-children, revision of syllabus to facilitate gender diversity, scholarship for trans-children, gender-neutral uniform and common toilets as well as free sex assignment surgery for trans-individuals.

The policy, however, remains woefully ignorant of the reality of the transgender experience as is evident from the very terminology “trans-children”. The well-documented narratives of members of the community show that there is no set age at which a child comes to articulate their chosen gender identity.

The policy remains silent on the modification of teacher training/education material to include issues of gender non conforming children and rights of trans and intersex persons. Recent events such as the suicide of a 14-year-old child in KR Pet, Mandya evidence the rampant insensitivity and bigotry of school administration and staff, which requires the will of the state to even begin to undo. The larger critique of the condition of public education in the state also needs to be examined.

The policy states that the private sectors too should adopt anti-discrimination policies to address workplace sexual harassment, retention, promotion and employee benefits. However, it also mentions that the threshold is 100 employees, which is unreasonable considering the fact that a large number of transgender and intersex persons work in the unorganised sector, for which a threshold of 100 employees is very high.

It is important to note that this is not in tune with the existing Sexual Harassment of Women at Workplace (Prevention, Prohibition and Redressal) Act, 2013, which covers all workplaces, including unorganised sector with less than ten workers.

It also seeks to amend Section 375 of the IPC, Juvenile Justice Act etc. to make these laws gender neutral in respect of the victim, use existing counselling centres and services to address stigma, discrimination and violence, provide schemes for housing, education, BPL ration, among others.

A Transgender Cell will be established in the Department of Women and Child Development with the principal secretary of WCD as the nodal officer, to oversee the implementation of the policy. However, the policy remains silent on the need to establish an exclusive mechanism outside the purview of DWCD for the welfare of transgender and intersex persons.

This policy fails to address the growing number of crisis cases reported across the state, coercive use of the beggars’ colony to physically, economically abuse the community, social stigma and increasing police atrocities against the community. The policy only mentions that, “Media: the negative portrayal of the transgender community should be discouraged”. However, it does not mention any mechanisms to hold the media accountable. The insidious manner in which the community is portrayed in media is increasing day by day, causing immense damage to the everyday lives of transgender persons.

In this context, it is essential for groups working on transgender and intersex people’s issues to come together, and discuss strategies on how to use the policy to advocate rights of the community and make representations to the state government regarding modification and implementation of the policy.