In the Fight Against 377, Queer Politics Needs to Move Beyond Privacy

We need to also fight the Anti-Trafficking Bill, because once it becomes law, it will effectively criminalise all non-normative sexuality. 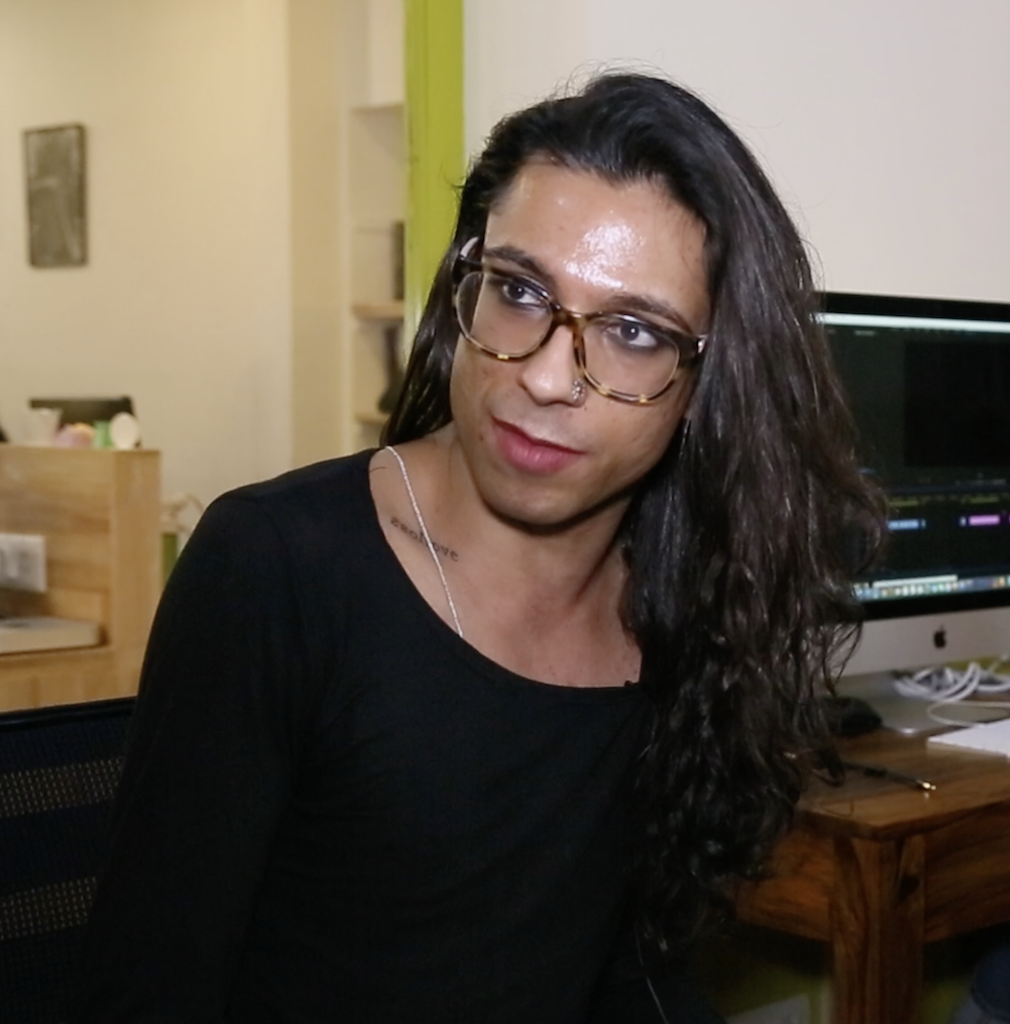 Let me announce it, even before the hearings begin on Tuesday in the Supreme Court, we will win the fight against Section 377 of the Indian Penal Code – the now famous law that criminalises “sex against the order of nature”, that Macaulay phrase for “ewww gross” or what isn’t lull-me-to-sleep-sex.

Since it is victory, we must begin our speech to the orchestra and since the crescendo is quite close to ending, I am going to just get to the juice. I would like to express my gratitude to Keshav Suri and other highly accomplished gays – Navtej Johar, Ritu Dalmia and the others for making it possible for all of us to now be free. Like how Whisper sets us free! But not really.

If you can read the sourkyness in my writing, don’t confuse this for sour grapes. I am very happy along with many others to finally put this law behind us. The temper of my tone comes from elsewhere. Suri has recently been crowned (drag) mother to us all wayward kids by running openly queer nights at one of Delhi’s poshest hotels, the Lalit, giving many young gays and femmes the stage and hotel room to unravel their drag avatars.

The activist petitions are definitely more inclusive, progressive, and all those good things we value in democratic politics but they too are plagued by the same horrors of patriarchy. Suri and the accomplished gays are mere symptoms of an ideology I suspect we all share. I will explain in a bit. After all, pride walks in Delhi begin in front of the Lalit, while really it seems everyone wanted to walk in and not away.

Suri, who is one of the lead petitioners in the Supreme Court, recently married his partner and regretted not being able to throw a massive celebration because even as he has everything, this law, Section 377, doesn’t let him enjoy his fullest life. 377 is the fantasy that covers the gap in the symbolic. The death of this law will be the final nail in the coffin, AKA liberation. Sexuality as it appears in enjoyment after this law is the sexuality created by it – a sexuality about the resistance to certain acts – carnal intercourse against the order of nature. Sexuality isn’t what keeps us in place in a casteist society but that which prevents us from coming out with our enjoyment of it. The law must go for us to publicly declare our private enjoyment of intercourse which we all have even under the law; we can tweet but cannot party.

Suri and other gays with accomplishments have had everything but this. They even have the privacy to be gay but not the respect for it. The law must go as the moral injunction that makes their sexuality a public nuisance. It is what the Naz judgment gave us in 2009 and what Koushal took away in 2013 – private, theirs.

The activist and movement lawyers would also in all probability use the Puttaswamy judgment that has given us a right to privacy recently. The Supreme Court in some sense took the ground from under the Koushal judgment by making sexual orientation an essential attribute of privacy and reading it under Articles 14, 15 and 21 of the constitution. This judgment allows us to move beyond Naz’s emphasis on privacy as personal and zonal to one that everyone has, irrespective of privilege, and essential to a constitutional imagination of life itself.

However, the matrix in which sexual orientation inheres in the judgment may not be privilege but a bourgeois production of the very person of a constitutional morality. Privacy in the judgment envelops family, love and intellectual property. This is why one of the first cases to use this judgment after it came out was the one involving the conversion and marriage of Hadiya – one that only had to recognise Hadiya’s faith in Islam and love for Shafin Jahan and not provide any infrastructure that might make these democratic possibilities for everyone. It is precisely in the times of the withdrawal of the state that the court empowers its citizens with privacy – have all the intellectual property you want, we will protect it too, while we decimate the public university system. This is what we would call neoliberalism – the production of a dividual, systematically depleted, who will look after her interest. How do you? Merit.

Suri and the accomplished gays succeed in demanding recognition – rights and not infrastructure – by making everything else about their lives irrelevant to sexuality, because those with adequate merit can abstract. Section 377 will go precisely because sexual orientation is now about privacy and privacy is no longer about privilege, ergo sexuality is irrelevant to the materiality of our lives. In an analogy to Balibar’s racism without race, where race is made about incompatible cultural differences than about rooted in biology, so people can abdicate their responsibility for their own hatred or indifference; sexuality without a subject defers to those with privacy in the background of unattended and unaccounted privilege.

It is thus no surprise that while sexual orientation as right shall accrue to those who own spaces – a home, a hotel – it will not to those who may want the hotel room. Sex workers, who were in the 2000s part of the consultations against this law due to a complicated history of HIV/AIDS and funding, have now disappeared from the petitions and frames that inform this struggle now. This is because the legal matrix that surrounds sex work doesn’t allow the easy abstraction of sexuality that is required for the right to privacy to apply. Laws that make sex workers’ lives difficult, frustrating and marginal are everything from public obscenity and nuisance to immoral trafficking. And I am not even mentioning the normative frames of love and family that are introduced by the grand Puttaswamy judgment.

All burials leave us with a haunting. The law will not so easily give up its own enjoyment of our sexuality, rather perversions. Under the anti-trafficking Bill soon to be introduced in parliament, sex work will be subsumed under trafficking, thereby deleting all agency from sex workers and firmly instituting the rescue and rehabilitation framework common to the discourse of sexual slavery that dominates the West, always anxious of immigrants.

While the Bill is being resisted by the sex work movement, the LGBTQI movement has very little activity around it. This is strange given that once the Bill does become a law, it will effectively criminalise all non-normative sexuality. Under the trafficking frame, sex work must be reported as some moral and civic injunction. Moreover, any place assumed to be a brothel is also criminalised. Given that sex work stands often as reference to anyone with an active sexual life or a public acceptance of sexuality, one can only imagine what this Bill, were it to become law, would mean for single women, LGBTQI folks along with sex workers. Anyone of us who have been policed on the streets for mere existence in the masculine public sphere know that we don’t necessarily have to be sex workers in order for the prejudice against sex work to affect us, hurt us, land us up in police stations after midnight. In so far as sex work is as much trope as actual work, we can all be potentially criminalised, even in our most private spaces.

This is only one way I can imagine for now how the law will keep returning to us. And it is not just the law. It is the movements we are part of, sometimes the sea that carries its trash along. Respectable gay men have long had to distance themselves from slurs like chakkha, hijra, gandu in order to survive schools, colleges, workspaces. Our abjection could only be survived if we further abjected. The tropes of chakkha, hijra and gandu had to be made into other persons whose lives were to be colonised by these slurs as being.

Pride has always involved a control over shame – slowly moving from ownership to distancing. Respectability isn’t what is wrong with Pride but what it always had. So even as shame cannot be simply given up, it must be privatised. And those who cannot do so will be its public face.

If one looks at the social life of 377, it has often not landed in persecution in the criminal courts but in blackmail and extortion and other paralegal frames. Blackmail involves the spilling over of a secret from its intended subjects. It is in the secret nature of things that shame lives. We are ashamed of our sexual orientation because sexuality was first made a secret. What can those who can maintain the secrecy of their sexuality be blackmailed about? When you are a straight passing homosexual, what is it that can be exploited? In the age of the camera phone – may be a nude picture. The disclosure of a non-respectable partner. The social life of 377 is the social life of shame. And now that many of us finally can outlive it, where do you think shame needs to go? Continuing the long history of the feminist contestation of privacy, what happens in private shouldn’t stay there. My only hope is it won’t. And even as this law may go, some will not realise the spoils of this freedom. And so, queer politics will move on.