Hindu and Muslim religious groups have chosen to not oppose the decriminalisation of Section 377 in court. 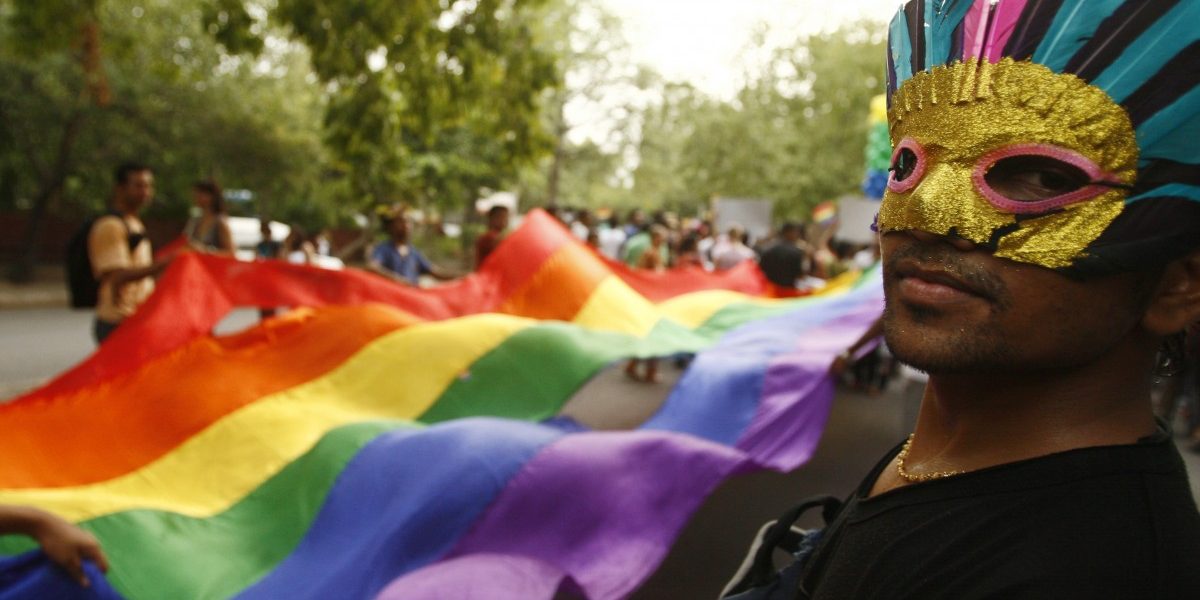 New Delhi: While Hindu, Muslim and Christian religious groups were all active during the earlier hearings for the de-criminalisation of Section 377, this time around, they have mostly been seen in television studios. They haven’t shown up in the Supreme Court with challenges.

Tuesday saw the final day of arguments in the case to de-criminalise Section 377. The judges have now reserved their order on the issue, and the order will likely be out before October, which is when Chief Justice Dipak Misra retires.

Last Thursday, however, advocate Manoj George was in court, representing the Apostolic Alliance of Churches and the Utkal Christian Council. Both organisations were respondents in the earlier curative petition on Section 377. Advocate K. Radhakrishnan had also turned up to represent Trust God Ministries, another Christian entity.

The judges scheduled 45 minutes for both their arguments on Tuesday. However, they both argued for nearly two hours.

“There is an issue with religious freedom…” George said to the bench.

“What is its impact on your religious freedom?” asked Justice Nariman. “You go ahead and practice your religion.”

“When you say that Section 377 is coming from Victorian morality, it is not like that… it is also coming from the Bible – from the book of Leviticus and Genesis,” argued George.

He did not go into further detail on either the impact of decriminalising Section 377 on Christians in India or put forth Christian views on homosexuality.

The All India Muslim Personal Law Board (AIMPLB) has also said it is not putting up a legal fight to stop the scrapping of Section 377.

In 2016, Dattatreya Hosabale, who was the joint general secretary of the RSS, had publicly said that homosexuality is not a crime.

With the two major religious groups choosing to not oppose the decriminalisation of homosexuality, the three Christian respondents in this case stood out starkly.

What the Christian groups are arguing

George began his arguments by laying out a few technical terms which were coming up in this case: carnal intercourse, the order of nature and unnatural offences.

“My lordships may say there is nothing against the order of nature…” he said. A few minutes later, Justice Nariman asked him, “According to you, what then is ‘order of nature’? ‘Order of nature’ has to mean something. Or else it has to be struck down if it is vague.”

George had also prepared a tabular column of 30-50 types of sexual orientations, which he handed to the judges.

Chief Justice Dipak Misra was also not impressed with the documents submitted to the bench. At one point, Justice Misra and George got into a fierce back and forth, with Misra trying to speak but George speaking over him continuously.

“For understanding platonic and metaphysical love, you have to read the poetry of John Donne,” said Misra. “Read this. If you really want to understand the concept of romanticism. It is like a balloon that goes up and up and does not come down.”

Chandrachud also pointed out that some of the sources which the Christian respondents had referred to in their submission to the judges were “obviously hate websites.”

He did, however, rely on the Manusmriti: “It is pertinent to note that in ancient India, unnatural offences were punishable” and that the family system which is “the bulwark of Indian social structure right from Rig Vedic age will be in shambles.”

Last week, the judges had told both the Centre through additional solicitor general Tushar Mehta and other petitioners to not rely on religious books and instead argue on the basis of fundamental rights and the constitution.

Koushal is back in court

Suresh Kumar Koushal, who in 201  had unexpectedly won the re-criminalisation of Section 377, has finally made it to court.

His lawyer, Soumya Chakraborty, came to court without written submissions on Tuesday, saying he had just been briefed on the matter and hadn’t had time to prepare. Nevertheless, Chakraborty also argued for about 30 minutes on Tuesday.

“As a logical person, I can understand there is some problem with this section. But will the cure be worse than the disease, we have to see,” said Chakraborty. He gave the example of “group sex” and said, “To what extent will they ask for liberty?”

“Everyone wants to say they are the biggest sufferer, but then when we see, it is something else,” said Chakraborty.

He also said that Section 377 does not actually affect women in same-sex relationships and only affects men, as only with men can there be penetration of the penis. “I may not know… but I think my lords… that with lesbians and with trans-sexuals, I don’t know how far it actually affects them…”

He also made the same argument which Koushal had made in the 2013 Supreme Court case about what they think could happen with male jawans who serve in the Indian army: “My lords, will kindly consider jawans,” said Chakraborty. “If such an act comes to be legalised, with jawans it could lead to misconduct and misuse of sexual organs.”