The False Link Between Article 370 and Queer Rights

The use of LGBTQ+ rights to justify autocratic actions is new – and dangerous. 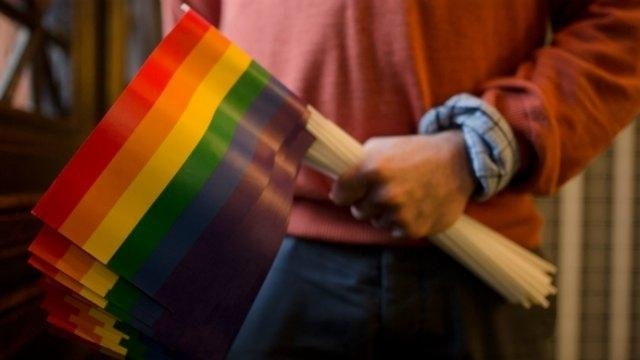 Ever since August 5, 2019, when the Centre read down Article 370 of the constitution, thus revoking Jammu and Kashmir’s special status, there has been enforced radio silence from Kashmir.

In contrast, though, there has been a cacophony of voices, both on television and on the internet, in organised support of the move. National security and nationalism emerged as the two primary pillars upon which this support was based.

However, alongside these two pillars, another line of argument was slowly shaping up: Article 370 was removed to protect minorities. In a post-370 era, Kashmir would finally see the emancipation of the downtrodden: equal rights for women, reservations for Dalit and Bahujan citizens and – surprisingly – justice for queer Kashmiris.

Wooing an urban vote bank that was swayed by Prime Minister Narendra Modi’s economic rhetoric but is growing steadily wary of an increasingly conservative social climate, this discourse was meant to prove the Bharatiya Janata Party government’s liberal credentials. And while the false excuse of “granting equal rights to women” has always been used to reduce autonomy in Jammu and Kashmir, the use of LGBTQ+ rights to justify autocratic actions is new – and just as dangerous.

Article 370 and Section 377 aren’t often spoken of in the same breath – unless they’re being confused for each other.

Politicians have often mistaken Section 377 for Article 370 (especially after the 2013 Supreme Court judgement) and newspapers have often used Article 377 instead of Section 377 (and vice versa) in their reportage. This month, however, there’s been a clear distinction being made between the two – particularly by politicians and their digital followers.

Newly-inducted BJP member Jay Panda, on a debate on NDTV with Shashi Tharoor, claimed that Article 370’s removal was a breather for marginalised sections of society. Journalist Abhijit Majumder went as far as to say that this was one of “two great leaps” for India’s LGBTQ+ community in the past year (the other being the striking down of Section 377).

The troll army followed swiftly after: soon, “gay rights” were used as bait to target every voice decrying the changes to Article 370. Now, those with red dots as profile pictures on Twitter were not only against Dalit rights and women’s rights; they were also homophobic.

Showing off the government’s actions as a progressive move supporting LGBTQ+ rights conveniently brushes human rights violations and blatant disregard for the rule of law under the carpet. What’s happening in the debates around Kashmir and Section 377, then, is a classic case of pinkwashing.

The term was originally used by Breast Cancer Action to refer to companies that claimed to support patients with breast cancer while making money off their illness. Now, pinkwashing has grown to largely refer to companies (or governments) marketing themselves as gay-friendly while actually engaging in actions that directly harm the LGBTQ+ community.

Queer activists like Akhil Katyal have taken note of pinkwashing’s arrival to India, condemning statements by those like Jay Panda. From the regressive Transgender Bill to the opposition of surrogacy for same-sex couples, from the restriction on LGBTQ+ content in university syllabi to the proposal of opening of centres to cure homosexuality, Katyal called out the BJP for its hypocrisy on LGBTQ+ rights. The message was clear: “Don’t use us for your violent, undemocratic objectives.”

Also read: Same-Sex Marriage: Is Cuba Using It to ‘Pinkwash’ Other Oppressive Policies?

The icing on the cake is that the claims made by individuals and organisations (including LGBTQ+ organisations like the Queer Hindu Alliance) are patently untrue. Like most propaganda, they’re based on half-facts and false premises. As multiple legal scholars have pointed out, the Supreme Court verdict on Section 377 applied to all high courts – including the Jammu and Kashmir one.

If the government had been serious about protecting LGBTQ+ rights, they would have implemented the proposals of the state’s 2018 budget – which classified transgender citizens as economic minorities and introduced special welfare measures – after Jammu and Kashmir was put under governor’s rule last year. What’s more, they could have unilaterally taken Section 377 of the Ranbir Penal Code off the statute books.

That they did neither clearly demonstrates that claims of “gay liberation” in Kashmir in a post-370 world are nothing but a product of digital propaganda.

The irony is that the repercussions of this government’s removal of Article 370 have hit the LGBTQ+ community in Jammu and Kashmir hard.

With a communications blackout that’s lasted more than two weeks, queer and trans individuals have lost the only safe space they had: the internet. For the LGBTQ+ community, home is often not a safe space; in the current circumstances, most Kashmiris have been caged inside their homes. With restricted movement, no internet and busted phone lines, those in the closet have lost their only means of finding support or solidarity.

Despite this, the striking down of Article 370 has been hailed as a progressive step – much like the introduction of the Transgender Rights Bill, which was opposed by the transgender community itself. Both have been used to champion the idea of “New India,” combining gay rights with a heady discourse of nationalism.

What’s worrying is that this is a global phenomenon. From Marine Le Pen cosying up to the queer community in France to the Republicans using the Pulse Orlando shooting to fuel Islamophobia, there has been a slow yet steady move to use LGBTQ+ rights to wash over discrimination against other minorities.

Also read: J&K’s Demotion to Union Territory Status is a Violation of the Constitution

Jasbir Puar, a professor at Rutgers University, calls this phenomenon “homonationalism”. This is predominantly used to describe how Western nations use their supposed track record on LGBTQ+ rights to degrade other nations. Sarah Schulman, a professor at the College of Staten Island, points to how Israeli Prime Minister Benjamin Netanyahu used LGBTQ+ rights to paint the entire Middle East (and, by extension, Palestine) in a regressive light.

The nascent coming together of pinkwashing and homonationalism in India today – which combines a narrative of Article 370 fostering gay liberation and another of Kashmir being an inherently homophobic space – represents a challenge for the LGBTQ+ community in India. Like with demonetisation, the justifications for the removal of Article 370 represent a classic case of shifting goalposts: moving from national security to development to gay rights.

Therefore, there’s an urgent need to call out the propaganda around Kashmir and Section 377. Our fight for equal rights needs to push back against all forms of discrimination: on the grounds of caste, class, religion and gender. We simply cannot afford to remain silent.

Note: This piece uses Kashmir extensively to refer to Jammu and Kashmir. This is both for brevity and to acknowledge that Jammu and Ladakh are routinely left out of the discourse around gay rights and Article 370 – another indicator of how the bogey of equality is used to justify forms of Islamophobia.

Anish Gawande is the founder of The Pink List.