'Not Just Their Fight': Lessons for India from the Struggles and Victory of One Lesbian Couple

After being separated by their families, Adhila and Noora moved the Kerala high court and secured the right to live together. Their story has a lot to teach on the plight of sexual minorities in the country. 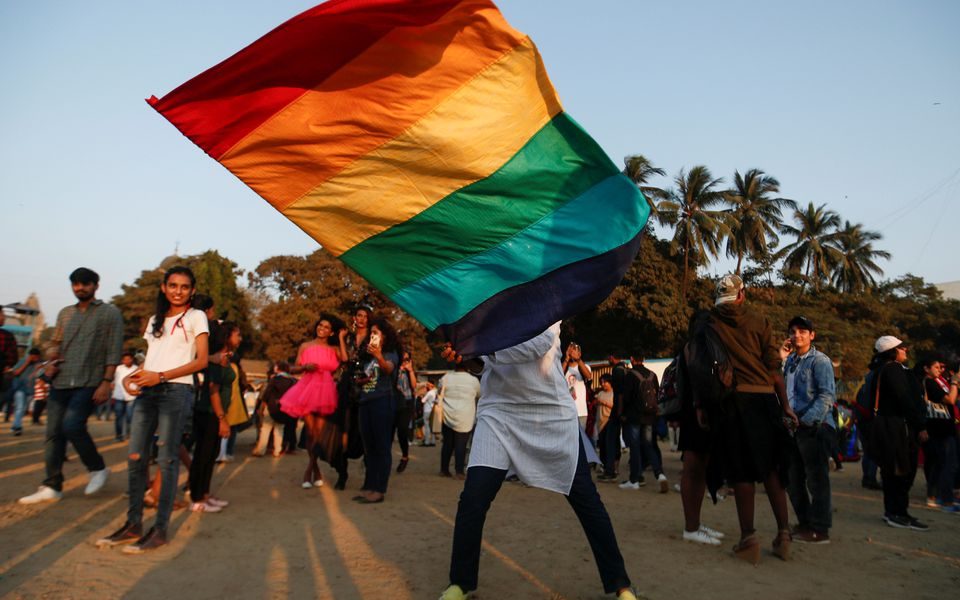 Lesbian couple Adhila (22) and Noora (23) from Kerala were forcefully separated by family and through legal battles, were reunited by the Kerala high court on May 31.

The couple has been in a relationship since their school days. After completing graduation and securing jobs in Chennai, they decided to live together. Anticipating the families’ responses and realising the need for community support, the couple connected with the LGBTQIA+ community in Kerala and approached the Vanaja collective, a Calicut-based organisation, for support while moving out of their homes.

However, Noora was forcefully taken away from Adhila by her family and was reunited only after Adhila filed a habeas corpus petition in the Kerala High Court.

As we celebrate Pride Month, the struggles and victory of Adhila and Noora reveal many structural and societal issues  sexual minorities face in our country which require urgent attention from the state and the concerned authorities. Some of those issues are discussed below:

Indifference of the police

While the couple did receive some support from the Binanipuram Police in Kerala, after they were forcefully separated, the Thamarassery Police refused Adhila’s request to file a missing person’s complaint about Noora.

The Thamarasery police referred to Noora’s abduction as a “family matter” in which police could not interfere. The police machinery responsible for safeguarding the couple’s rights turned out to lack any awareness of the LGBTQIA+ community.

Moreover, they are thought to have supported Noora’s family in separating the couple. The deliberate indifference from the Thamarassery police had aggravated the case, compelling Adhila to move the High Court, whereas it could have been potentially resolved at the station level itself.

This indicates the need for greater awareness about LGBTQIA+ rights and issues among police personnel. The state should make LGBTQIA+ sensitisation a mandatory part of police training.

The incident also exhibits the need to take stricter action against police personnel for acting in a queerphobic manner and showing deliberate indifference in cases concerning the LGBTQIA+ community.

Both Adhila and Noora’s families have been abusive with the couple. The couple had to struggle through emotional and physical torture from their families before finally securing the High Court order. What’s more, the couple stated that the emotional abuse continued even after the court order.

The ‘Out of the Margins’ project, conducted by UK-based queer rights organisation, Stonewall, found  that family members are the main perpetrators of abuse against people from the LGBTQIA+ community. Additionally, research conducted by UK LGBTQIA+ anti-abuse charity Galop found that one in three LGBTQIA+ individuals in Britain reported abuse from close family members, which the Guardian called a “hidden epidemic”.

This situation indicates the need for stricter laws against such abuses, which are often dismissed as ‘family care and concern’. Moreover, it highlights the need for spreading public awareness about the LGBTQIA+ community as well as the need for sex education at large.

The state should create educative and supportive mechanisms to sensitise families about these issues. Support groups for parents of LGBTQIA+ people, such as Sweekar – The Rainbow Parents, is an exemplar in this direction. As Adhila stated in one interview, “It’s not us but our families that need counselling”.

When the couple was separated, Adhila feared that Noora’s family would subject the latter to ‘conversion therapy’. Later, when reunited, Noora revealed that she had to undergo counselling and the counsellor tried to “cure” her sexuality through counselling.

The National Medical Commission had declared conversion therapy as ‘professional misconduct’ during a plea in the Madras high court. Yet, Adhila and Noora’s situation reveals that there are “mental health practitioners” in the country who still claim to “cure” sexual orientations through unscientific psychological, physical and, quite frequently, ‘spiritual’ practices.

There needs to be a stricter check on such practices in the country. Legal action should be taken against the so-called mental health practitioners who claim to “cure” sexual orientations through conversion therapy.

The Vanaja collective, a Calicut-based NGO, provided a significant support system for the couple throughout their struggle. It played a key role in initially sheltering the couple and offered them effective legal and moral support to fight for their basic human right to live together as partners.

The Vanaja collective’s interventions, combined with the support from the LGBTQIA+ community, brought out the couple’s struggles and drew media attention to the case.

When the family, which is supposed to be a support system for an individual, turns out to be the abuser, alternative support systems like the Vanaja collective and LGBTQIA+ communities play a significant role in supporting LGBTQIA+ individuals.

There are a few state-led initiatives in this vein, such as shelter homes, livelihood training, scholarships and so on, which focus on transgender persons in Kerala. However, Adhila and Noora’s struggle indicates the need for more government mechanisms to provide diverse social and legal support for people across the LGBTQIA+ spectrum.

Along with initiating new support programs, the state should also ensure that existing government programs are effectively implemented. There should be appropriate state support for existing NGOs and other communities as part of state initiatives to safeguard the rights of marginalised communities.

Finally, the struggles that Adhila and Noora had to go through to secure their basic right to live together reveals the regressive, queerphobic mindset still prevalent in our society and its structures. On the positive side, their struggle also exhibits the increasing awareness and openness about LGBTQIA+ issues and rights among younger generations.

More than anything else, it is Adhila and Noora’s courage and determination to come out and fight for their rights that made this victory possible. In a society where women’s voices and sexuality are often suppressed, Adhila and Noora have spoken out; not just for themselves, but for the women in society at large.

Their fight was not just theirs. And their victory, especially the high court order, has paved the way for many more LGBTQIA+ people to live as their true selves.

Catherine Elisa John is a PhD scholar at the Faculty of Medicine and Health Sciences, University of Nottingham, UK. Her research interests include mental health, gender, and homelessness.