The case filed in Uttar Pradesh is in addition to charges filed by the Delhi Police against Mohammed Zubair last week for a tweet he had posted in 2018. 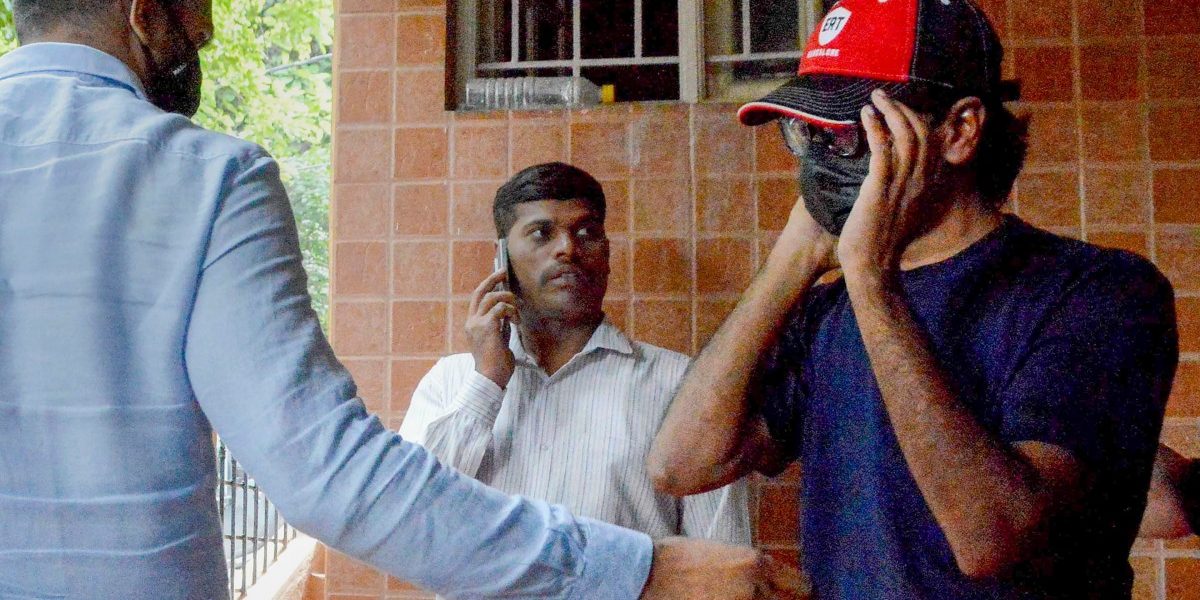 The former civil servants referred to the detention of Mohammed Zubair Photo: PTI.

New Delhi: The BJP government’s escalating offensive against celebrated fact-checker Mohammed Zubair took an ironic turn Monday when the Uttar Pradesh police got a Sitapur court to remand him to 14 days judicial custody for calling three Hindutva hardliners – who have themselves been charged with hate-related offences – ‘hatemongers’.

Zubair was first arrested by the Delhi Police on June 27 for a 2018 tweet and spent five days in police custody. On July 2, the police slapped an additional charge under the Foreign Contribution Regulation Act and the chief metropolitan magistrate sent Zubair to Tihar jail for an additional 14 days.

On Monday, he was was produced before a court in Sitapur in connection with a first information report (FIR) registered at the local Khairabad police station on June 1.

The June 1 FIR was registered after Zubair posted a series of tweets on May 27, slammed prime-time debates on Indian news television channels, saying they, “have become a platform to encourage hate mongers to speak ill about other religions” in connection with the controversy into the Gyanvapi mosque.

Sharing a video clip of a debate on the Times Now channel, on ‘The Gyanvapi Files’ moderated by its anchor Navika Kumar, Zubair had tweeted:

Well done @vineetjaintimes! Why do we need Hate Mongers like Yati Narasinghanand Saraswati or Mahant Bajrang Muni or Anand Swaroop to arrange a Dharam Sansad to speak against a community and a Religion when we already have Anchors who can do much better job from News Studios.

Based on the complaint of one Bhagwan Sharan, who identifies himself as the district head of the Rashtriya Hindu Sher Sena, the FIR said that Zubair had called three militant Hindutva leaders “hatemongers” and invoked Section 295A of the Indian Penal Code – deliberate and malicious acts, intended to outrage religious feelings of any class by insulting its religion or religious beliefs – and Section 67 of the Information Technology Act, which deals with publishing or transmitting obscene material in electronic form.

He will serve his remand in this matter at Tihar in Delhi, where he is currently incarcerated. After 14 days, he will have to apply for bail in Sitapur.

It is not clear what the basis of the Sitapur police case is since the three men named in Zubair’s tweet as ‘hatemongers’ – Deepak Tyagia aka Yati Narsinghanand, Bajrang Muni and Anand Swaroop – have themselves been named in various FIRs in Uttarakhand, Uttar Pradesh and Delhi in relation to inflammatory comments and hate speeches.

Yati Narsinghanand Giri (formerly Saraswati), militant Hindutva leader and mahamandaleshwar at the Juna Akhara has been in the news for his involvement in anti-Muslim activities and hate speech since 2019.

On December 25, 2019,  he said at Jantar Mantar in Delhi, eight weeks before the Delhi riots of 2020: “I am once again appealing to Hindus, today the time has come, if even today we don’t stand up then we won’t survive. I want to tell Hindus that this is the final battle, if you lose this battle then nothing will remain.” 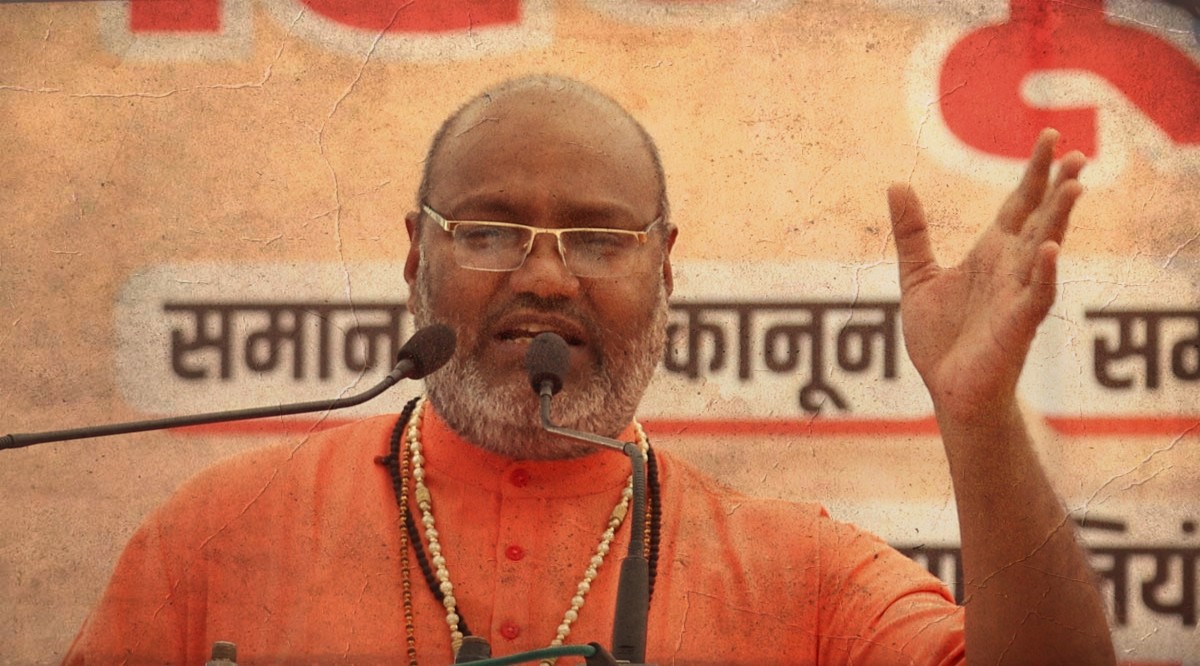 More recently, he organised and was the star speaker in the Haridwar Dharma Sansad, where for three days between December 17 and 19, 2021, a number of Hindutva leaders made speeches calling for the genocide of Indian Muslims.

Narsinghanand urged members of the congregation to resort to violence by offering a Rs 1 crore bounty to any youth worker prepared to become a “Hindu Prabhakaran” – referring to Velupillai Prabhakaran, the founder and leader of the Liberation Tigers of Tamil Eelam (LTTE) and the man responsible for the assassination of Rajiv Gandhi.

He also led the congregation in an oath, including a section that said, “…whatever person, even thinks about causing loss to my religion, my family and my children, my women, I will not let him live. We will live for our religion. We will die for our religion. Islam’s jihad will be finished.”

Bajrang Muni was most recently in the news in April for repeatedly calling for the rape of Muslim women. “If you harass one Hindu woman, then I will openly abduct your sisters and daughters and rape them,” Muni had threatened.

In another undated video, he can be heard issuing similar threats of sexual violence against Muslim women while addressing a large crowd of his supporters.

Threatening to kill Muslims, he said, “Even if I die, I will leave so much heat in the Hindus of this place that they will turn Khairabad into Sri Ramnagar. And I say this openly if you kill one Hindu, I will kill 10 Muslims.”

He further threatened to abduct Muslim women and said, “If you commit atrocities on one Hindu girl by trapping her into love jihad, I will trap 10 Muslim girls into love sanatan and persecute them. You will dupe them but I want to say this openly that I will abduct them in broad daylight.”

There were police present at this event as well, as Muni himself acknowledged when he said, “There are people from the law and administration present here but I want to say this openly – if any wrong is done to our women then just like they (Muslims) don’t follow the constitution and follow Quran, we will also not follow the constitution.”

Anand Swaroop heads the Shankaracharya Parishad, formed in 2019 ― and also runs Kali Sena, a group of 11,000 armed vigilantes. He was also a speaker at the notorious Haridwar Dharma Sansad, where he said, “If governments do not listen to our demand, we will wage a war far scarier than the 1857 revolt.”

In a video circulated online in January, Anand Swaroop, can be heard saying, “One who reads the Quran becomes a beast, they are no longer human. For those who wish to remain connected to India, they must give up the Quran and namaz. If we start boycotting Muslims socially and economically, they will embrace Hinduism.”