Why Relying on Parliamentary Panel Reports is Important in Litigation

The admissibility of parliamentary standing committee reports as evidence is significant as it allows for the reports to foreground a range of issues towards enhancing transparency and public accountability. 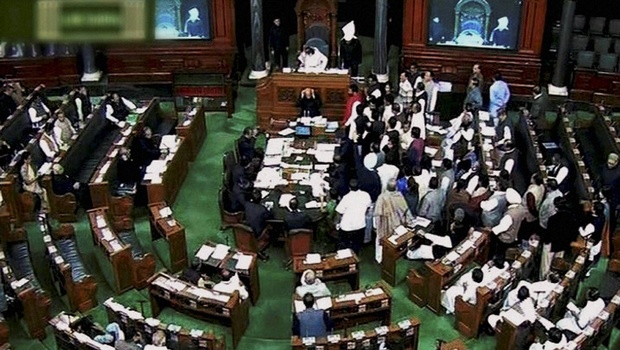 The Constitution bench has held that placing reliance on PSC reports in court proceedings does not violate the parliamentary privileges. Credit: PTI

These PILs were filed before the Supreme Court in 2012 and 2013, respectively, regarding the unethical conduct of the “demonstration project” of the two HPV vaccines, on 23,000 girls aged between 9 and 16 years. The project was launched in 2009, by the two state governments of (undivided) Andhra Pradesh (AP) and Gujarat in association with the Indian Council of Medical Research (ICMR) and the Seattle-based NGO, Program for Appropriate Technology in Health (PATH). This was part of a four-nation initiative against cervical cancer, initiated by PATH and funded by the Bill and Melinda Gates Foundation (BMGF) since 2006 in Peru, Uganda, Vietnam and India. The vaccines were provided free of cost by two pharmaceutical companies, Merck Sharpe and Dohme and GlaxoSmithkline. Following media reports of six deaths (four in AP and two in Gujarat] amongst girls who had received the vaccine, the “demonstration project” unfolded as significant human rights, ethical and political issue in the civil society advocacy space but also in Parliament.

Subsequently, the 72nd Parliamentary Standing Committee on Health and Family Welfare carried out an enquiry into the “demonstration project” and presented its report on the “Alleged Irregularities in the Conduct of Studies using HPV Vaccine”, in the Rajya Sabha on the August 30, 2013. The PSC report took unstinting cognizance of the procedural and ethical lapses in the HPV vaccine “demonstration” project. The PSC’s findings, as reflected in the report, raise fundamental questions regarding the nature of the “demonstration” project, about the selection of vulnerable groups, absence of a process of informed consent, of reporting of adverse events, and of the declaration of conflict of interest among many other. The report also interrogates the role of the Ethics Committees and their function, the roles of the ICMR and the Drug Controller General of India (DCGI), as well as the role of PATH.

The PILs had been initially listed before a two-judge bench and a few orders had been passed. During the course of the hearing, the petitioners’ counsels invited the attention of the bench to the PSC report; the court then directed the government to file affidavits regarding the steps taken in view of the various instructions in the said report. 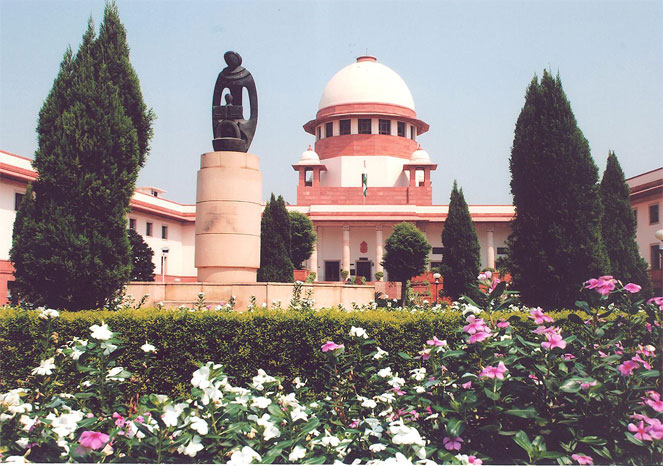 The Supreme Court has said that PSC reports are a public document that allow the public access to parliamentary proceedings and thereby a step towards governance.

The counsels appearing for the petitioners (who filed the PILs) argued that on the contrary, the PSC reports have persuasive value; the reports need to taken as evidence only to place on record certain facts and to “understand the controversy” involved. Considering the gravity of the issue, the apex court sought the opinion of the Attorney General, who (in his note) opined that the PSC reports could be used as external aids of interpretation. However, subsequently, during the arguments, the solicitor general, who was representing the Union of India, opposed the reliance upon the PSC reports in litigation.

On April 5, 2017, the court, in keeping with the importance of the substantial question of law relating to interpretation of the Constitution, referred the case to the Constitution bench comprising Chief Justice Dipak Mishra, Justices A.K Sikri, A.M Khanwilkar, D.Y Chandrachud and Ashok Bhushan. The bench held that placing reliance on PSC reports in court proceedings does not violate the parliamentary privileges.

On May 9, 2018, the five-judge Constitutional bench held that under Article 105(2), a member of Parliament couldn’t be held liable for anything said in Parliament or in any committee. Similarly, any reports submitted by MPs were also protected by the said Article 105(2). The bench held that placing reliance on PSC reports in court proceedings does not violate the parliamentary privileges under Article 145(3) of the Constitution.

The court indicated that the PSC report is a public document that allows public access to parliamentary proceedings and thereby a step towards governance (para 151 (ii) of the judgment). Further, the court referred to section 57 (4) of the Indian Evidence Act, 1872, which permits the judiciary to take notice of parliamentary proceedings. (Para 151 (iii) of the judgment) Cautioning that parties while relying on the PSC report either for tracing the history or an event, cannot question or impeach the report, the court held that “the Parliamentary privilege, that it shall not be impeached or questioned outside the Parliament shall equally apply both to a party who files claim in the court and other who objects to it.” (Para 151 (vi) of the Judgment).

Allaying the misplaced apprehensions of the respondents about prejudice against them, the court observed that admitting the PSC report in “evidence does not mean that the facts stated in the Report stand proved.” [Para 151(xi) of the judgment]. The court stated that merely because a “document is accepted as evidence does not lead to any presumption that contents of the documents are also true and correct.” [Para 151(v) of the judgment] The court held that “in any given litigation, be it civil or criminal, the parties have liberty to rely on all evidences and materials, which is in its power and Court has a duty to consider entire material brought before it” [Para 150].

Moreover, the court stated that it has a duty to consider the entire material brought before it. The court, by exercising its adjudicatory function, may decide to give or not to give any weightage to the evidence produced in a particular case. This is subjective and differs from case to case.

The relevance and significance of PSC reports

The department-related parliamentary standing committee (DRPSC) was instituted by Parliament in 1993. PSCs that comprise members from across political parties play an important role in enabling Parliament to be informed on a range of issues towards deliberations and thereby its effective functioning. Moreover, the committees and their reports often draw on inputs from experts, and also create the space for incorporating public voices of those affected by a policy or legislation.

Some of the PSC reports have been substantive documents that have contributed to parliamentary debates, served as important references for the judiciary and informed public understanding and opinion on several important issues. For example, in 2017, the PSC on Science and Technology, Environment and Forests submitted its report (301 Report of Parliament of India Rajya Sabha) on ‘Genetically Modified (GM) Crops and its impact on the environment.’ It recommended not introducing GM crops without evaluating the bio-safety and socio-economic desirability and establishing an accountability regime. The 102nd PSC report on Surrogacy (Regulation) Bill, 2016 reiterated the concerns of autonomy and rights of surrogate. The 59th report by the PSC on Health & Family Welfare on the functioning of the Central Drugs Standard Control Organisation (CDSCO) highlighted severe lapses in the functioning of the CDSCO. The report highlighted the nexus with pharmaceutical industry, medical practitioners for approval for marketing of drugs without clinical trials in the country. The 59th PSC report’s observations and recommendations could lead to a regulatory body whose accountability to protecting the people’s health and lives is strengthened. Undoubtedly, ensuring transparency in all aspects of the approval and licensing process of clinical trials and drugs is significant in improving the CDSCO’s public accountability.

Parliamentary Committee reports are also referred to by courts in certain litigations, for instance in in Catering Cleaners of Southern Railway vs Union Of India & Ors,1987 SCC(1)700, seeking the abolition of contract labour and regularising the services catering cleaners in Southern Railways, the recommendation made in a DRPSC report that the government should consider direct employment of catering cleaners by the Railway Administration to avoid their exploitation, was relied upon.

Hence, the current judgement is a critical precedent in this context; the admissibility of the PSC report as evidence is significant as it allows for the PSC reports to foreground a range of issues, towards enhancing transparency and accountability in larger public interest.

The authors work on public health issues including access to medicines, patents and bioethics.