Why Article 35A Matters

That the government may unilaterally abrogate Article 35A or may influence the Supreme Court in doing so can’t be ruled out, but in any case, the result would be disastrous. 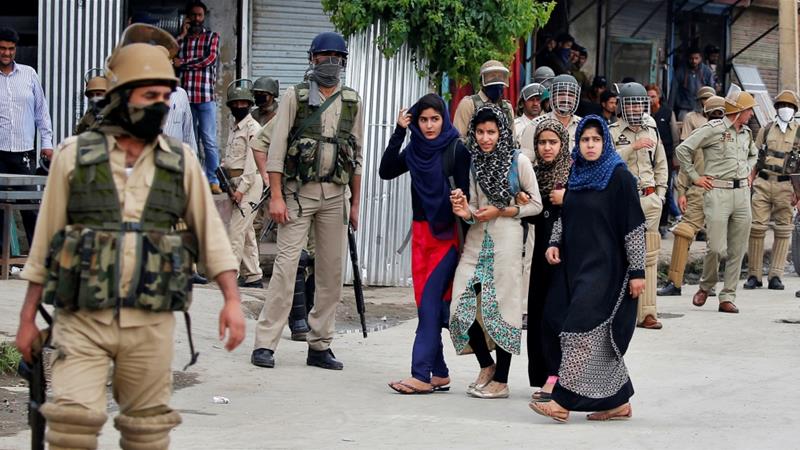 This article was originally published on April 13, 2019 and is being republished on August 5, 2019 after the Centre announced its decision to scrap several provisions of Article 370.

Ever since the Bhartiya Janta Party came to power in 2014 at the Centre, there have been calls by party ideologues to scrap Article 35A of the constitution of India.

Article 35A confers upon the government of Jammu and Kashmir the power to define permanent residents and give them special rights and privileges with regard to employment, acquiring immovable property, scholarships and other forms of aid in the state.

However, the debate has recently gained more traction with Union finance minister Arun Jaitley attacking Article 35A in a blog. Terming it a “historical blunder,” he argued Article 35A was included “surreptitiously” in the constitution, and is, therefore, “constitutionally vulnerable”.

This has worried many within the state and out of it.

Also read: Clearing Up the Fallacies Around Kashmir’s Article 35A

Abrogating Article 35A, and Article 370, from which the former inexorably flows, has long been an agenda of the BJP. Yet, the debate has lately remained concentrated around Article 35A. This is partly due to an overhyped writ petition filed before the Supreme Court challenging the constitutionality of Article 35A. The Court is yet to decide the matter.

Article 35A as an outcome of a political process

It’s a settled constitutional position that the state of J&K enjoys a special identity within the constitutional framework of India due to a unique blend of historical and political reasons. This is well reflected in Article 370 of the constitution, drawing its roots from the Instrument of Accession the then Maharaja of Jammu and Kashmir signed with Union of India on October 26, 1947.

An overall reading of the Instrument of Accession and Article 370 establishes that the formerly princely state of J&K ceded the power to legislate to Union of India only in respect of three subjects – defence, external affairs and communication – subject to consultation of the state government.

In other matters, however, the concurrence of the state government is required. The same applies if the provisions of the constitution are to be applied to the state.

It is to this effect, Sardar Vallabhai Patel observed in the constituent assembly:

“In view of the special problem with which the Jammu and Kashmir government is faced, we have made special provisions for the continuance of the state with the Union on the existing basis.”

In 1954, in the backdrop of Delhi Agreement of 1952, the President issued The Constitution (Application to Jammu and Kashmir) Order, 1954. The order extended a set of constitutional provisions including Part III on fundamental rights to the state of J&K. However, this gave rise to an imminent clash between fundamental rights of non-state subjects and the extant state subject notifications of 1927 and 1932 issued by the then ruler of the state Maharaja Hari Singh.

In a bid to reconcile the clash, and in keeping with the spirit of Instrument of Accession and the Delhi Agreement, Article 35A was inserted in the constitution through the same Presidential order. Article 35A immunises the state subject notifications from challenge on the ground of being violative of Part III.

Is Article 35A ‘constitutionally vulnerable’?

The debate on Article 35A has had largely been in terms of its legality. Those who argue Article 35A is unconstitutional do so on two major grounds. Pertinently, these also form much of the substance of the writ petition. Therefore, it becomes important to examine these grounds in little detail to ascertain their legitimacy.

It’s argued that Article 35A was introduced by a Presidential order, or as the finance minister writes, “surreptitiously”, than by following the ordinary procedure of amendment under Article 368 of the constitution. 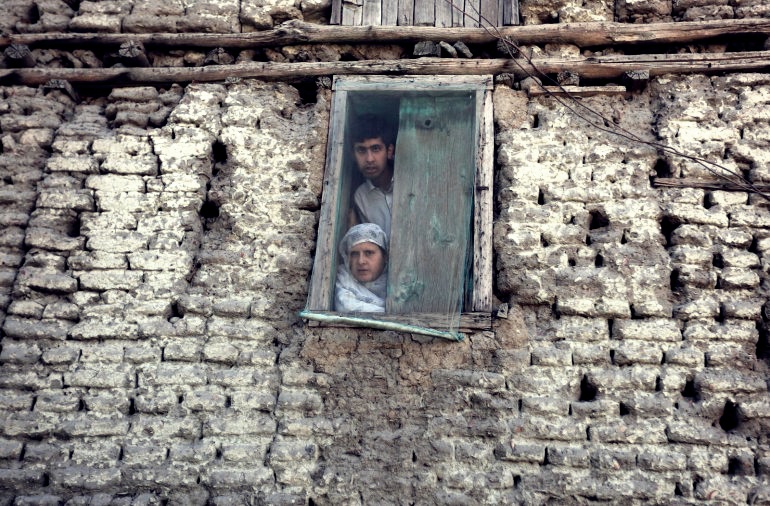 People look out from a window as they watch a protest in Srinagar on August 5, 2016. Credit: Reuters/Danish Ismail

The truth is that Article 370 vests in the President power to extend the provisions of the constitution “subject to such exceptions and modifications as he may by order specify”. The Supreme Court endorsed this in Sampat Prakash v State of Jammu and Kashmir and Anr., 1970 AIR SC 1118 in which the court ruled “modification” as used in Article 370 includes an amendment.

The court even went on to say that “there is no reason to limit the word ‘modification’ as used in Article 370 only to such modifications as do not make any radical transformation.” The Court observed: “Article 370 is a special provision for amending the Constitution in its application to the state of Jammu and Kashmir…..Article 368 does not curtail the power of the President under Article 370.”

Be that as it may, an overall reading of Part III as amended by the 1954 order implies Article 35A is not a new Article as is argued. It’s merely a saving clause and creates an exception to the generality of Part III in order to save the pre-1947 state notifications of 1927 and 1932 from challenge under Article 13 of the Constitution of India.

Second, Article 35A is challenged on the ground of being violative of the equal protection clause under Article 14 of the Constitution. This argument lacks legal foresight in that “Article 14 protects classification for the purposes of legislation”. This was eloquently observed by the Supreme Court in Chiranjit Lal Chowdhury v Union Of India and Others, 1951 AIR SC 41.

Also read: #PollVault: BJP Manifesto Emphasises ‘Nationalism’, Promises to Do Away With Article 35A

The fact of the matter is that the classification here is based upon an intelligible differentia having a rational relation to the object sought to be achieved which is to preserve the autonomy of the state as spelt out in the Instrument of Accession and Article 370 of the Constitution of India. Interestingly, many other north-eastern states also enjoy similar protection.

Having said all this, it doesn’t legally make any sense when Article 35A is termed as “constitutionally vulnerable”. Yet, that the government may unilaterally abrogate Article 35A or may influence the Supreme Court in doing so can’t be ruled out in the current circumstances. In any case, the result would be disastrous.

If Article 35A is scrapped, it will certainly impinge upon the legality of the constitution order of 1954 in toto, and the subsequent amendments to it. That’s because Article 35A forms part of the larger set of terms and conditions for which the state government gave concurrence vis-à-vis the 1954 order. The concurrence was given on each and every clause taken together. The Government of India can’t cherry pick a clause from the 1954 order and scrap it. In case it does, rest of the 1954 order and the subsequent amendments to it will naturally loose legality and cease to bind the state.

The upshot is that if Article 35A is indeed abrogated, the Government of India has a legal obligation to devise a mechanism to restore what forms the premise of the provision. Else, it will turn the clock back to the constitutional position of the state that existed before 1953.

This will imply, among other things, the state residents will cease to be the citizens of India and the Supreme Court will no longer have jurisdiction over the state.

Cut to Article 35A, its abrogation will, in no way, pave way for the non-state subjects to purchase immovable property, apply for jobs, or settle in the state. This argument is fortified by the fact that the state subject notifications will continue to be protected under Para 8 of the Instrument of Accession as it explicitly recognises the “validity of any law at present in force in the state”.

Burhan Majid is an assistant professor at School of Law, Hamdard Institute of Legal Studies and Research, Jamia Hamdard, New Delhi. Views expressed are personal. He tweets at @burhanmajid.