Is it morally right or legally permissible for a government to insist on the waiver of fundamental rights for accessing benefits? 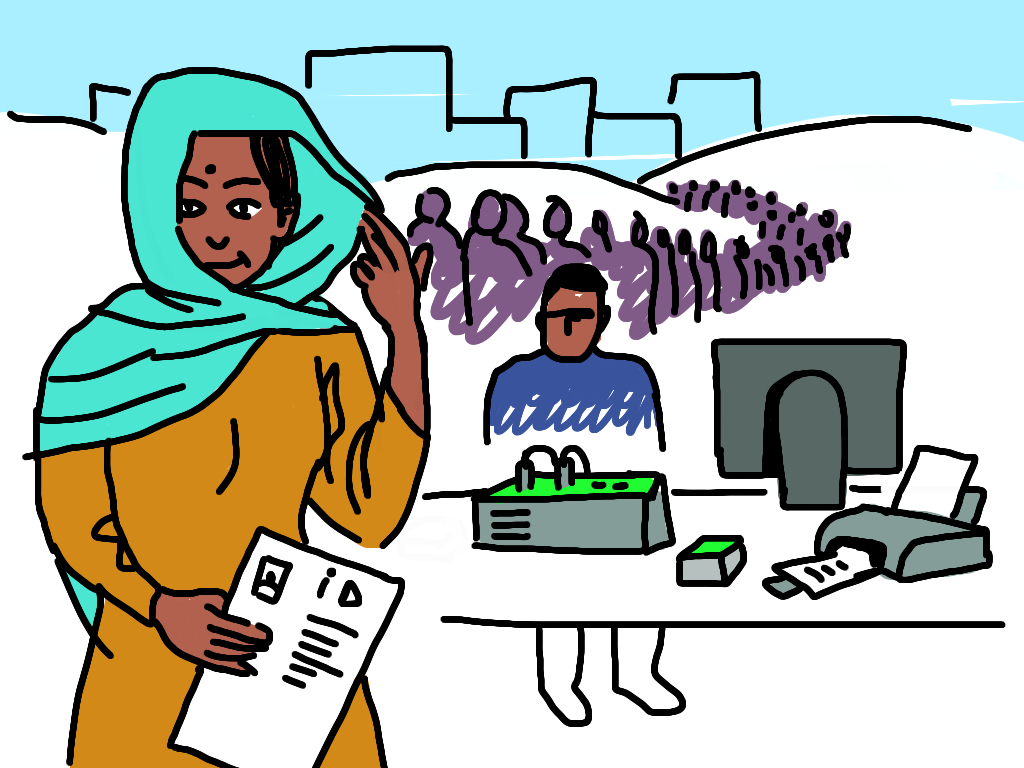 When the constitutional validity of the Unique Identification Authority of India (Aadhaar) was challenged last year by a retired judge, Justice K.S. Puttaswamy and a host of other petitioners, the primary question before the Supreme Court was whether the collecting and storing of biometric and other information would compromise a citizen’s right to privacy.

During the final hearings in this case in July, the Attorney General Mukul Rohatgi – appearing on behalf of the Union of India – claimed that there was no fundamental right to privacy under the Indian constitution. This week, K.K. Venugopal, appearing on behalf of one of the parties, the pro-UID Centre for Civil Society, submitted that even if privacy was a fundamental right, the Aadhaar beneficiaries would not mind waiving it for the sake of accessing welfare benefits. He also submitted that the court could not insist that the beneficiary retain the right to privacy if he wanted to waive it.

It is not clear which of these two assertions is more dangerous – the assumption that the beneficiary would not mind waiving his right to privacy to access benefits, or that a beneficiary should be able to waive his privacy rights if he wants to.

Can an individual voluntarily waive his right to privacy by enrolling for Aadhaar? The Supreme Court has referred this question for consideration by the Constitution Bench while refusing to modify its August 11, 2015  interim order restricting the use of Aadhaar to identify beneficiaries for the public distribution system and cooking gas and kerosene subsidies.

The question before the yet to be formed constitutional bench therefore is twofold – whether the right to privacy is a fundamental right, and whether such a right can be waived voluntarily. The court will have to consider the applicability of the doctrine of waiver as well as the legality of the waiver when it decides the latter question. The government has argued that access to benefits can only occur upon the surrendering of privacy. If this is the position, then a genuine free choice is unavailable to the beneficiary, which serves as a precondition for waiving a right. The argument that beneficiaries are free to choose if they want to part with the right to privacy is therefore essentially a flawed one.

The government’s arguments about privacy in the Aadhaar case seem to hinge on its deep reliance on the long forgotten case of M.P. Sharma v Satish Chandra (1954) and Kharak Singh (1963), where the apex court held that privacy was not a fundamental right. What these two judgments had stated was that there was no fundamental right to privacy in the Constitution, which as the written text of the Constitution will show is a matter of fact. But a constitution is also its unwritten text in the penumbra of judicial decisions and privacy jurisprudence in India has walked several miles since these two cases.

While the court in 1954 had found no justification to import privacy “into a totally different fundamental right, by some process of strained construction” (M.P. Sharma), it has since then repeatedly articulated privacy in the scheme of fundamental rights, including, perhaps most notably in Gobind v Madhya Pradesh, where Justice Mathew acknowledged that the right to privacy flows from Article 19 (1) (a) (freedom of speech and expression), (d) (freedom of movement) and 21 (right to life and personal liberty). While holding that the right to privacy, though a fundamental right, was not absolute, he asserted that a restriction on that fundamental right had to be in the face of ‘compelling public interest’.

Gobind, relying on a number of American cases like Griswold, Roe v Wade and the minority opinion of Kharak Singh, had noted that the “rights and freedoms of citizens are set forth in the Constitution in order to guarantee that the individual, his personality and those things stamped with his personality shall be free from official interference except where a reasonable basis of intrusion exists.”

Personal liberty in Article 21, in the post-Maneka Gandhi jurisprudence covers a variety of rights and some of these rights have the status of fundamental rights and have an additional layer of protection under Article 19. Maneka Gandhi’s triple test for any law interfering with personal liberty is that first, it must prescribe a procedure; second, the procedure must withstand the test of one or more of the fundamental rights conferred under Article 19 which may be applicable in a given situation; and third, it must withstand the equality test of Article 14. This is very much the reading for the law and procedure authorising interference with personal liberty and right of privacy – that it should be right, just and fair and not arbitrary, fanciful or oppressive.

The inter-relationship of rights was also noted in Maneka Gandhi, which explains much of the last few decades of the court’s understanding of inter-dependence of rights and the nexus between Article 14 (equality), Article 19 (fundamental freedoms) and Article 21 (life and personal liberty). Any right derived from Article 19 can therefore also be derived from Article 21 under the umbrella of ‘personal liberty’. Privacy or the right to be let alone, has been held to be implicit in Article 21, in a number of subsequent cases like R. Rajagopal v. State of Tamil Nadu (Auto Shankar Case) and PUCL v Union of India. The court in the latter case, noting that the right to privacy is inherent in Article 21, laid down guidelines for interception under S.5 of the Telegraph Act, 1885.

Between rock and whirlpool

The ‘voluntariness’ of ‘opting in’ for the Aadhaar card is also suspect here. The irrevocable nature of alienation of privacy rights by surrendering biometric information means that the opt in mechanism is not supported by an opt out one. Is it morally right for a government to insist on the waiver of fundamental rights for accessing benefits? The Supreme Court in 1974 elaborated the doctrine of unconstitutional conditions in Ahmedabad St Xavier’s College v State of Gujarat as “any stipulation imposed upon the grant of a governmental privilege which in effect requires the recipient of the privilege to relinquish some constitutional right.” Justice Sutherland of the US Supreme Court had spelt out how an unconstitutional condition, in the garb of voluntariness, gives the carrier no choice “except a choice between the rock and the whirlpool – an option to forego a privilege which may be vital to his livelihood or submit to a requirement which may constitute an intolerable burden.” This shall be the lasting legacy of a ‘voluntary’ waiver of right to privacy. Only this, and nothing more.