Dense text, jargon, Latin words and reams of long-winding sentences pass off as 'law' keeping it out of bounds for a layperson. 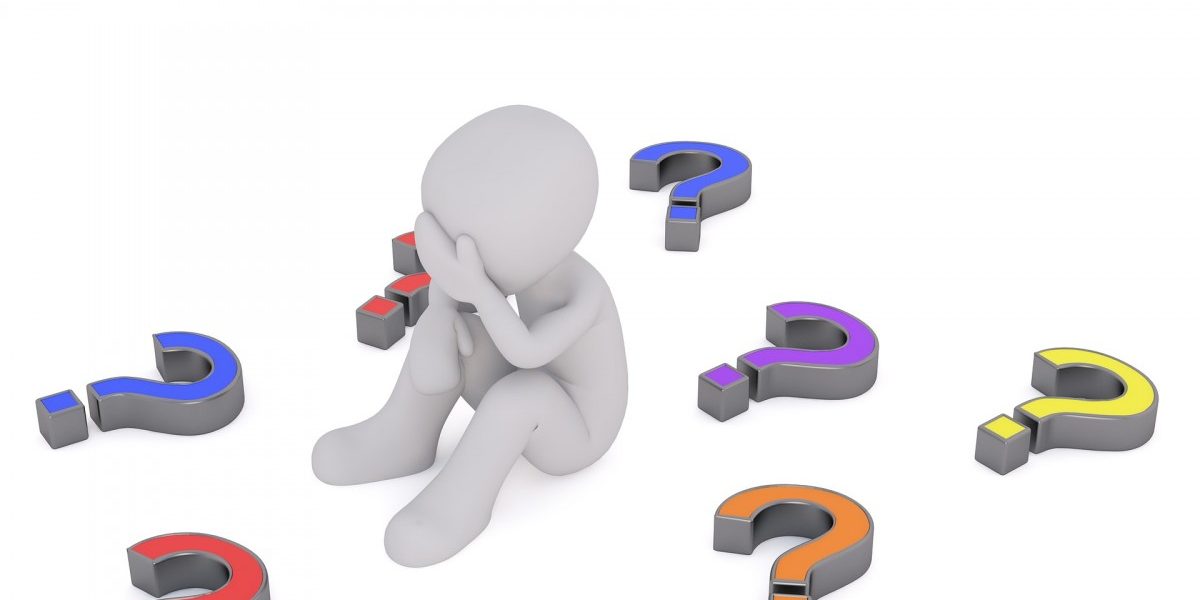 A few weeks back, a bench of the Supreme Court of India observed that simple language should be used in writing judgements. Justice D.Y. Chandrachud and Justice M.R. Shah had before them a high court judgement which they described as inexplicable, unbelievable, and incomprehensible. Here is an excerpt from that judgment where the high court judge lists certain applicable laws and then attempts an analysis:

“Provisions whereof, unveils, qua the afore provision, making an explicit statutory expression, where through, the award, of, the Tribunal concerned, is, made amenable for execution, alike the execution, of, a decree, of, a Civil Court, or explicit statutory expression(s), become(s) borne therein, for, an award, of, the Tribunal concerned…”

Now, imagine 18 pages of composition like this! No wonder that one of the justices remarked, according to news reports, that he had to use tiger balm after spending much time trying to understand the judgement.

Much of the language of the law – legalese – the gobbledygook that we of the legal fraternity have inflicted on others, has been a headache for the world even before the age of steam. For long it has been a subject of contempt and humour – expressed by insiders and outsiders.

Five hundred years back King Edward VI is quoted to have said, “I would wish that the superfluous and tedious statutes were brought into one sum together and made more plain and short so that men might better understand them”.

Jonathan Swift, in Gulliver’s Travels (1726), wrote of a society of lawyers who spoke in “peculiar cant and jargon of their own, that no other mortal can understand.” Thomas Jefferson complained in the late 18th century that “in drafting statutes my fellow lawyers have the habit of making every other word a ‘said’ or ‘aforesaid’ and saying everything over two or three times, so that nobody but we of the craft can untwist the diction and find out what it means…”

Also read: ‘We Are at Our Wits’ End’: SC Bench Baffled by ‘Incomprehensible’ Judgment

The judges observed that judgments must be understandable not only to the members of the bar who have appeared in the matter or to those for whom they hold value as a precedent but must also have meaning to the general litigants who have to approach the courts for the enforcement of their rights. Otherwise, there is a disservice to the cause of ensuring accessible and understandable justice to all.

The judges while commending the use of “simple language” “in conveying what you are trying to say”, delivered a powerful message about communication.

We lawyers suffer from two faults – first, we do not communicate well and the other is that we think we do! Hopefully, the message from the judges has been heard by those who write laws, rules, regulations, and judgements. And also by those wordsmiths who write contracts (whether a billion-dollar worth power purchase agreement or a modest warranty card for a refrigerator), insurance policies, and mundane official forms – the list could go on and on because there are several touchpoints with the law in our daily lives.

In many common law countries – England and other former British colonies including the US, Canada, Australia, New Zealand – simplifying the language of the law has been a subject matter of debate and reform. Style guides for legislations, rules, and regulations promote plain English and avoid legalese. The consumer welfare groups have campaigned for the simplification of documents that a layperson deal with in daily interactions such that a lawyer is not needed to translate legalese to simple English.

In India, this subject has not attracted much attention in the legal fraternity. Lacking drafting manuals and style guides, our legislation continues to be drafted in archaic old stuffy style; our sub-ordinate legislation – such as rules, regulations, and notifications – continues to be complex and difficult to understand. And in the sphere of litigation and court procedures – from pleadings to judgements – the idea of moving to a more contemporary style of simple language has not been explored. The same applies to our commercial contracts and documents.

The observations of the judges present an opportunity and occasion for the legal fraternity to introspect and initiate a change from the old, archaic, complex, and complicated language to plain language. The change can begin only when the legal fraternity recognises the needs of our audience, which as rightly pointed out by the judges is beyond just law courts and lawyers, to understand what we are trying to convey.

Basically, legal writing suffers from two vices – first, the vocabulary we use (archaic, inflated, jargon, pompous, Latin, and too many words); second, the style of construction – how the words are put together.

The traditional style has several problems: long sentences, excessive use of passive voice, abstract nouns (instead of strong verbs), violating the simple rule of construction of keeping the subject and verb in a sentence close to each other, prepositional phrases where a single word would do, etc.

And our documents are poorly organised – we do not place the content in logically ordered parts and sub-parts, with headings and sub-headings, which help the reader navigate and understand the document easily. We also have not adopted modern techniques of document design – such as summaries, tables, lists, charts, graphs, and examples. The result is our not-so-friendly legalese – dense, verbose, and complex – which leaves the reader overwhelmed and confused.

The endurance of legalese

So, why does legalese persist?  We, lawyers, use legalese because it is there. It is the tradition. That is how it has been. Lawyers “pick up” legalese from the older generation and pass it on to the younger generation – and that cycle goes on unquestioned.

While lawyers glorify legalese, most are not aware of how the “language of the law” came about and why it needs to change to serve our audience, which is not constituted of elites but is largely of laypersons who deal with the law in their daily lives. The profession has simply ignored this reality in generational handover cycles.

We also rely on myths to defend legalese. Here are a couple of key myths. First, we must use technical words and it is not possible to write most of the legal stuff in any other way. Our profession, indeed, has its “terms of art”. A “term of art” conveys in a word or two a specific and settled meaning and it achieves that standing by persistent professional use in only one way to achieve a specific legal end.

For example, words like ‘mortgage’, ‘alibi’, ‘agency’, ‘surety’, ‘lessor’.  Although truth is that “terms of art” constitute a very small part of a legal document, research shows that it is not more than two to three percent. Rest of the document could be written in plain language, but we fill it up with “jargon” which is not “term of the art”.

For example, words and expressions like ‘herein’, ‘therein’, ‘wherefore’, ‘due to the fact’, ‘Now therefore these presents witnesseth that in consideration of the premises set forth’ – have no special meaning in law. They are jargon and can be either eliminated or substituted with plain English words.

Also read: Judging Judges by the Length of their Judgments is a Bad Idea

The second myth is that legalese is “precise”. A lawyer believes that she cannot take the risk of using words and expressions which have not been used in the past. She is struck by the fear that a “new” word may not carry the “precise” and “well established” meaning that the language of the law has been familiar with for a long time. The truth is that other than the “terms of the art”, there is not much precision in the language of the law. Many of the words that we now identify as law words never were precise.

Lawyers started using them at a certain time because those words were, at that time, the common currency of people who were able to read and write not because they were precise. The fashion in words changed. The styles changed. But the language of the law remained static. Our precedents and document form books remained frozen in time. And that is not because of any precision but more because of habit, inertia, and fear of change.

There is more precedent for the use of law words than there is for the law itself. Go to a law library and look at the multi-volume dictionaries of “Words and Phrases Legally Defined” and see for yourself how “precise” really are the words that we believe are “precise”!

Legalese also persists because language and writing skills, critical for legal work, are typically not part of the law school curriculum. This is like a plumber not being taught how to use a wrench!

Most lawyers and law teachers have never consulted any contemporary book on legal writing. Not many can name any authoritative text or any author on the subject. Something strange happens to us when we join law school (and it worsens later in the profession). From perfectly good writers of the language, we get brainwashed into believing that to be a lawyer one must write and speak like lawyers – the language becomes a “secret handshake in a fraternity, letting others know you are one of the tribe” as aptly put by Stuart Auerbach (a legal correspondent for The Washington Post many years ago).

The legal fraternity must first acknowledge the existence of the problem. In that context, the observations of the judges on the use of simple language are extremely relevant.

To change the traditional mindset, the legal fraternity must “unlearn” a lot of trash that was fed to us. Various constituencies can play a big role in the campaign for use of plain language. These include the judiciary, the chambers of commerce and industry, consumer welfare associations, in-house general counsel of corporations – all of them represent users of the legal system.

If the users demand that communications and documents must be in plain language, we from the supply side will have to pay heed to that demand. And let us stop polluting the young fresh minds with legalese by introducing contemporary and modern programmes for plain language in the law schools.

“In the heels of the higgling lawyers, Bob,
Too many slippery ifs and buts and howevers,
Too much hereinbefore provided whereas,
Too many doors to in and out of.”
∼ Carl Sandberg, from the poem ‘The Lawyers Know Too Much’ (1920).