When It Comes to Master-of-Roster, SC Does U-Turn on Vesting Power in Single Person

The Supreme Court lost an opportunity to implement in its own quarter a principle that it chose to preach to Delhi’s LG recently. 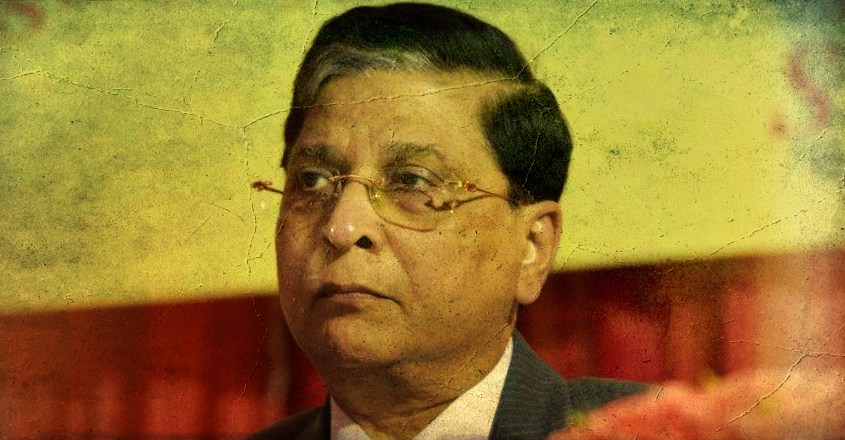 “It is a well recognised principle of  a true democracy that the power shall not remain vested in a single person….”

“The authorities in power should constantly remind themselves that they are constitutional functionaries and they have the responsibility to ensure that the fundamental purpose of administration is the welfare of the people in an ethical manner.  There is requirement of discussion and deliberation. The fine nuances are to be dwelled upon with mutual respect.”

∼ Chief Justice of India, Dipak Misra, in his lead judgment delivered on July 4 in Government of NCT of Delhi v Union of India

New Delhi: The landmark judgment delivered by the Supreme Court’s constitution bench to resolve Delhi’s power struggle is just two days old. However, the fine sentiments expressed by the bench in that judgment, appear to have had no effect on two judges of the same bench, who delivered a judgment on Friday on the Chief Justice of India’s powers to allocate cases oblivious of its relevance.

The bench of Justice A.K. Sikri and Justice Ashok Bhushan dismissed senior advocate and former Union law minister Shanti Bhushan’s petition seeking directions to read the expression, ‘Chief Justice of India’ as ‘the collegium of five senior-most Judges of the Supreme Court’, so that the power to allocate cases  among the judges, and constitute different benches of the Supreme Court does not remain vested in a single person, that is, the CJI.

In their separate judgments, both Justice Sikri and Justice Ashok Bhushan expressed their unease with Bhushan’s plea, merely calling it impractical. They  also expressed their helplessness, because they are bound by the recent decision of a three judge bench in a recent public interest litigation case, which raised a similar plea.

That PIL, filed by one advocate, Asok Pande, raised considerable eyebrows because it was heard by a bench headed by Chief Justice Misra himself, and without issuing notice to the respondents, the judgment was reserved. That the CJI did not find it necessary to recuse himself from hearing that case, and the unusual haste with which the petition was heard and concluded, attracted adverse comments from observers.

“In case the expression ‘Chief Justice’ is to be interpreted as ‘Collegium’, it would be difficult to have smooth day to day functioning of the Supreme Court, or for that matter, the high courts…meeting of collegium for the purpose of assigning the cases to a particular bench on daily basis is clearly impracticable,” Justice Sikri observed in his  judgment.

“Non-containing of any specific provision in the constitution empowering the Chief Justice to frame the roster to allocate the cases is inconsequential since the entire subject was to be covered by rules made under Article 145…. We, thus, are not impressed by the submission of [Dushyant] Dave that the roster should be prepared by the entire court”, Justice Ashok Bhushan held in his separate and concurring judgment. During the hearing of the case, it was submitted by Bhushan, through his senior counsel, Dushyant Dave,  that the Supreme Court Rules, framed under Article 145 of the constitution, confer powers on the registrar under Order III Rules 7 and 8 to deal with preparations of list and fixing of hearings and petitions, which would include appropriate listings.  The role assigned to the chief justice, he told the court, is extremely narrow and limited. Order VI, he said, does not confer any further powers on the chief justice in this regard. In any case, the rules being delegated piece of legislation, cannot travel beyond the statute, the constitution of India and must, therefore, be interpreted in tune with the parent Act, he had submitted.

The Sikri-Ashok Bhushan judgment is silent on this submission, and instead merely draws attention to the recent judgment in the Asok Pande case, saying it is binding on them.

Also, Bhushan had brought to the notice of the bench that the Handbook on Practice and Office Procedure published by the Supreme Court which contains disturbing provisions in Chapter XI conferring special power on the chief justice to issue directions for listing of important and sensitive cases as also in fresh cases is wholly outside the ambit of the constitutional scheme and the Supreme Court rules.

“It is void ab initio, and cannot be interpreted to confer any such power on the Chief Justice when the powers are conferred on the Supreme Court under the constitution,” he had explained in his submission.

Bhushan had contended that functions such as “framing of roster” and “listing of important and sensitive matters” are extremely crucial and cannot be left to the sole discretion of the chief justice as per the law in S.P. Gupta’s (First Judges) case.  “In any case, such exclusive discretion is anathema to the constitutional scheme,” he had submitted to the bench.

Bhushan, therefore, found it imperative that the expression ‘chief justice’ must mean the Supreme Court or as held by the Supreme Court in series of judgments in the First, Second, and Third Judges cases, the collegium of five senior-most judges to provide appropriate checks and balances against any possible abuse of this power by the CJI as the master of the roster.

Friday’s judgment chooses to be silent on this contention as well, relying solely on the judgment in Asok Pande.

Instead, it shares the submission of Attorney General K.K.Venugopal that such matters of constituting the benches and allocating cases to the respective benches has to be left to the sole discretion of the CJI, acting in his individual capacity, for the smooth functioning of the court, by reposing faith and trust in the Chief Justice, who occupies the highest constitutional position in the judiciary.

The bench found that the collegium system, being followed for appointment of judges, cannot be replicated when it comes to the role of the Chief Justice as the master of the roster.

The Supreme Court clearly lost an opportunity to implement in its own quarter a principle that it chose to preach to Delhi’s LG, merely two days ago. It is not as if the July 4 judgment was not on the minds of the judges who delivered Friday’s judgment. Justice Sikri, indeed, cites the July 4 judgment, to emphasise the role of the court as final arbiter of the constitution and upholder of the rule of law.

But both the judges, however, appear to have missed the crucial sentence in which the CJI expresses his serious reservations over vesting powers in a single individual. Or, at least, they did not consider it relevant enough to decide the case before them.