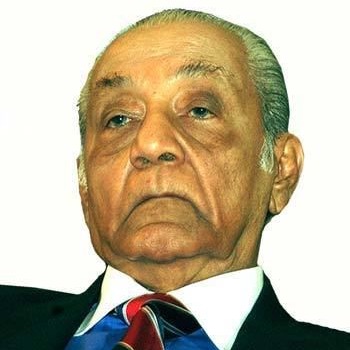 The disease is far older than some suspect. Why does the champion of vikas and aspirant to ‘vishwaguru’ status descend to something as petty as street names? The reason is simple. Both spring from the clamour for identity and its attendant campaign for ethnic cleansing. The disease had reared its head around half a century ago. It was ignored until Prime Minister Narendra Modi came on the scene, especially along with Amit Shah and Adityanath in Uttar Pradesh.

Erasing street signs depicting Muslim names is designed to obliterate the identity of Muslims. The campaign began around half a century ago. It was censured by the Supreme Court, no less, in Babu Rao Patel vs. State (Delhi Administration) (1980). Sadly, the court has had not the slightest impact despite its powerful prose and sharp denunciation.

Babu Rao Patel founded a monthly, Film India. Fate did not keep company with his soaring ambition. He converted it into a rabidly communal publication, “Mother India”. He wrote two articles under the headlines “A tale of two communalisms” and “Lingering disgrace of history”. Complaints were filed with the police in Delhi under section 153-A of the Indian Penal Code, i.e. hate speech, and he was convicted in respect of each of these articles in separate cases and sentenced in each case to four months imprisonment by a city court. 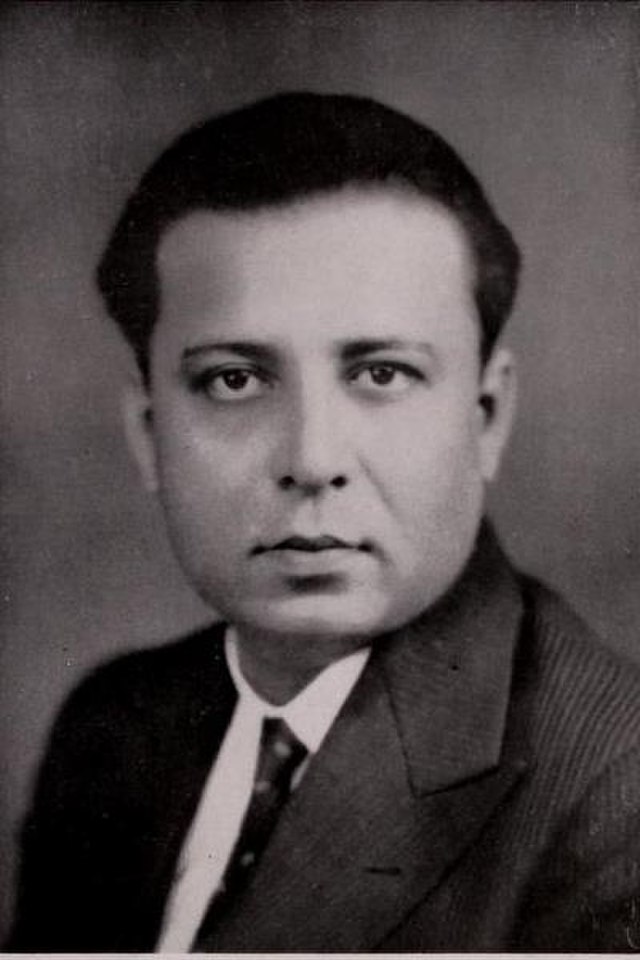 The case was heard by a bench comprising Justices R.S. Sarkaria and O. Chinnappa Reddy, the later delivering an able judgment on behalf of the Bench.

The first of the articles, ‘A tale of two communalisms’, began as a sort of political thesis and made sweeping statements:

“Communalism is, therefore, an instrument of a minority with a racial tradition of rape, loot, violence and murder as is found in India with a Muslim population of 12.7%. In Pakistan the Hindu minority is 6.6% but because its racial tradition is different it does not indulge in communal riots…. Three essentials are necessary for violent communalism. The community must be a minority, the minority must be sizable and the minority must have a tradition of murder and violence… We find these three essentials in the Muslim community of India”.

Patel added, “Young Hindu males were compelled to undergo vasectomy operations, young and pretty Hindu girls became the victims of Islamic beds of lust”. It is then said “It is not in the nature and religion of the Hindu of India to be intolerant and blood-thirsty like the followers of Islam”.

According to him the only answer to the problem of communalism was to declare India a Hindu state. The court ruled, “In our opinion there cannot be the slightest doubt that the article is not even thinly veiled as a political thesis; it is an undisguised attempt to promote feelings of enmity, hatred and ill-will between the Hindu and the Muslim communities.”

The second article, ‘Lingering disgrace of history’, was said to be a protest against the naming of Delhi roads after Mughal emperors who, according to the author, were “lustful perverts, rapists and murderers”. According to his counsel, the attack was directed against the Mughal rulers and not against the Muslims of India. It was also said that all the statements in the article about the lusts and perversions of the Mughals were plain historical truths.

“On a full reading of the article,” the court said, “it reveals much more than a protest against naming Delhi roads after Moghul rapists and perverts.” The judgment quotes a lengthy passage:

‘From Mohammed Ibn Qasim, who landed in India in June 712 A.D. with 6000 Muslim cut-throats, to Mohomed Ali Jinnah, who cut this ancient cradle of a peace-loving human race into three bleeding bits in August, 1947, we have had 1235 years of bloodstained history in which our life has been constantly punctuated by endless raids, rapes, loot, arson and slaughter. In all these years Hindus have given millions of men, women and children as hostages to Islam to buy some peace and preserve their own religion. They are still doing so. God alone knows how long this process of paying and appeasing Muslims will go on but it cannot go on for long if the family planning designs of the present secular government succeed. Because then pretty soon there would be no Hindu left to pay.

‘As long as the Hindu race lasts and survives in India its only cradle and grave in the whole world, it will be worthwhile setting before its children the ideals of its numerous Hindu heroes and nation builders rather than reminding them constantly of these Moghul brutes and tyrants who burnt Hindu homes, ravished Hindu mothers and sisters, slaughtered Hindu men and harassed and kidnapped and converted Hindu children.’

“After referring to various perversities and tyrannies of the Moghul rulers ending with Aurangzeb,” the court noted, Patel said:

‘To have a street named after this Mughal bastard in New Delhi, the capital of India, is not only a disgrace to the Hindus but a crying insult to the brave community of Sikhs. Had the Muslims been insulted thus, they would not only have burnt every house on the road named after the tyrant but also set fire to the whole damned city. The Muslims know how to guard their traditions.’

The court then made the following observation about these passages: “[Baburao Patel] expressed the opinion that some of the ancient relics that reminded Hindus of their shame and disgrace made Muslims proud of the foul deeds of their ancestors. He made an appeal that a beginning should be made to wipe out ‘our thousand year old shame’ by changing the ‘Muslim names of roads’ which ‘remind us of the inhuman atrocities committed on our men, women and children’. If the Mughals raped, looted, killed and sinned, the author’s view appears to be that they did so as “Muslim sadists”. The author went so far as to say that today’s Muslims are proud of the foul deeds of “their ancestors”, the Mughals being considered by the author as the progenitors of the present day Indian Muslims.”

“There is no question that the article is calculated to rouse feelings of enmity, hatred and ill-will between Muslims and Hindus,” the court held, adding:

“Whether communalism is the weapon of an aggressive and militant minority as suggested by the accused or the ‘shield of a nervous and fearful minority’, the problem of communalism is not solved by castigating members of the minority community as intolerant and blood thirsty and a community with a tradition of rape, loot, violence and murder. Whether the Mughals were rapists and murderers or not and whether the Delhi roads should be named after them or not, it was wrong to present the Mughals as the ancestors of today’s Muslims and to vilify the Muslims as the proud descendants of the “foul” Mughals. We are convinced that both the articles do promote feelings of enmity, hatred and ill-will between the Hindu and Muslim communities on grounds of community and this cannot be done in the guise of political thesis or historical truth. The appeals are dismissed.”

Precisely such charges are being made today, especially in one state of our Union. The judgment in the criminal case concerning the demolition of the Babri Masjid has the kar sevaks calling Muslims off-springs of the Mughals. The feeling has spread and is being spread.

This venom is an unending irresoluble quarrel with history – why do Muslims exist and function as a distinct minority in India. They are not one of us is the charge that V. D. Savarkar makes in his book, Hindutva (1925):

“To every Hindu, from the Santal to the Sadhu this Bharata bhumi this Sindhusthan is at once a Pitribhu and a Punyabhu – fatherland and a holy land. That is why in the case of some of our Mohammedan or Christian countrymen who had originally been forcibly converted into a non-Hindu religion and who consequently have inherited along with Hindus, a common Fatherland and a greater part of the wealth of a common culture – language, law, customs, folklore and history – are not and cannot be recognised as Hindus. For though Hindusthan to them is Fatherland as to any other Hindu yet it is not to them a Holyland too. Their holyland is far off in Arabia or Palestine.”

If, to Savarkar, Muslims are converts to be recalled home (ghar wapsi). M.S. Golwalkar of the RSS went further:

“Our leaders raised the slogan of ‘Hindu-Muslim unity’ and declared that anything that stood in its way should be forgotten. As they dared not tell the Muslim to forget his separatism, they pitched upon the docile Hindu for all their preachings. The first thing they preached was, that our nationality could not be called Hindu, that even our land could not be called by its traditional name Hindusthan, as that would have offended the Muslim. The name ‘India’ given by the British was accepted. Taking that name, the ‘new nation’ was called the ‘Indian Nation’. And the Hindu was asked to rename himself as ‘Indian’.”

A neglected classic refutes them. Communal riots broke out in Kanpur in March 1931 while the Congress held its annual session at Karachi. 400 were killed. Over 1200 were injured. The Congress set up an inquiry committee comprising Bhagwan Das as president and Pandit Sundar Lal, Purshottam Das Tandon, Mazhar Ali Sokhte, Abdul Latif Bijnori and Zafarul Malik as members. Their report – which ran into 421 pages – was immediately banned by the British.

Prof. N. Gerald Barrier retrieved this report from the archives and published it in 1976 with his introduction as Roots of Communal Politics.

It is a work of scrupulous impartiality and great learning, for the committee went back to ancient times to trace the very roots of communal politics.

Trade and commerce linked India to Arabia before the birth of Islam. The first Muslim fleet appeared in Indian waters in 636 during the Caliphate of Umar. They settled along the Malabar coast about the end of the 7th century. “Islam preceded the establishment of Muslim political power in India”. Before the 10th century ACE, Arab traders and religious preachers had spread in India from Cape Comorin to the Hindukush. “Before Mahmud (of Ghazni) began his series of invasions, they had been living with the Hindus for over two centuries on terms of the greatest intimacy”.

“The unity and harmony of life was reflected in the royal courts of India more or less throughout the Muslim period. But in the Mughal period it developed to such an extent that the life of the great Mughals may well be regarded as a symbol of the unity of the two cultures. The Mughal Emperors and Hindu Kings wore the same type of dress at least on formal occasions. The extant portraits of Akbar and Pratap Singh, and Aurangzeb and Shivaji show the same kind of head-dress as well as body clothes.”

British rule divided Hindus and Muslim. Muslims scorned Western education, fell behind and asked for protection. “It will be noted that all the main controversies which at present embitter and have latterly divided the two communities, for example, the cow question, Ramlila and Moharram, and other religious occasions or processions, music before mosques; as also the question of representation in services, in municipalities and councils, joint and separate electorate; safeguards; redistribution of provinces and federal, as opposed to a unitary, basis of the constitution – all these did not and could not have existed during the Muslim period. They are all products of the British period and of British policy.”

Their conclusion is clear. Islam may have come to India from outside but the Muslims of India are as Indian as anybody else.