Whether the apex court’s observations stand negated in practice due to lack of effective implementation by the Election Commission is a question. 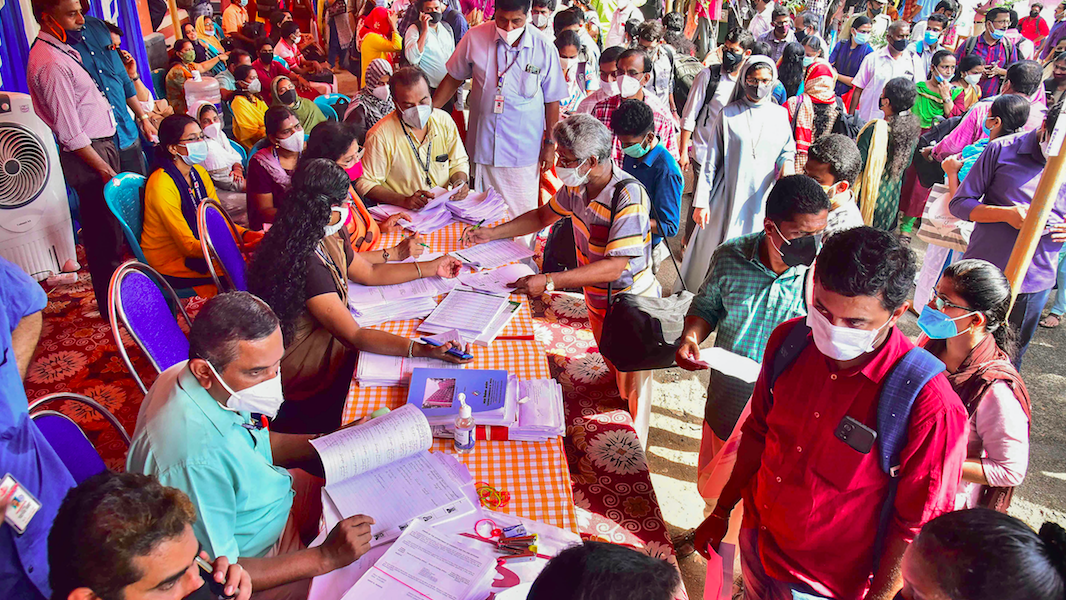 Election campaigns exemplify the feminist slogan “personal is political”. Political parties of all ideological leanings invoke voters’ religious identities while seeking votes and a rival candidate is ridiculed based on her religious affiliation.

Recently, whilst campaigning for the Assam elections, Union home minister Amit Shah asked voters to choose between ‘atmanirbhar Bharat’ or ‘maulana nirbhar Bharat’. The latter phrase was a barbed remark at the Congress-All India United Democratic Front (AIDUF) alliance, projected by the BJP as being sympathetic to infiltrators and as a force that will destroy the culture and identity of the state.

In West Bengal, Mamata Banerjee appealed to the Muslim voters to not split the minority vote.

These are few of the innumerable veiled and overtly sectarian appeals that have become the norm in electoral campaigns and which highlight two competing principles of our constitutional democracy: secularism and free speech. The question is whether such electoral appeals violate the secular fabric of our country or are covered under the free speech clause of the Indian constitution.

In order to understand this issue, we need to appreciate the statutory framework of election law regarding appeal to religion, and the permissible intermingling of religion in the governance of the country. Such faith based appeals are covered under the Representation of People’s Act, 1951 (hereafter RPA).

A recent Supreme Court decision marks a watershed moment in outlawing any faith-based appeals in electoral campaigns. However, due to lack of voter awareness and implementation by the Election Commission, the dictum in the judgement has been unfortunately been reduced to a lofty ideal. 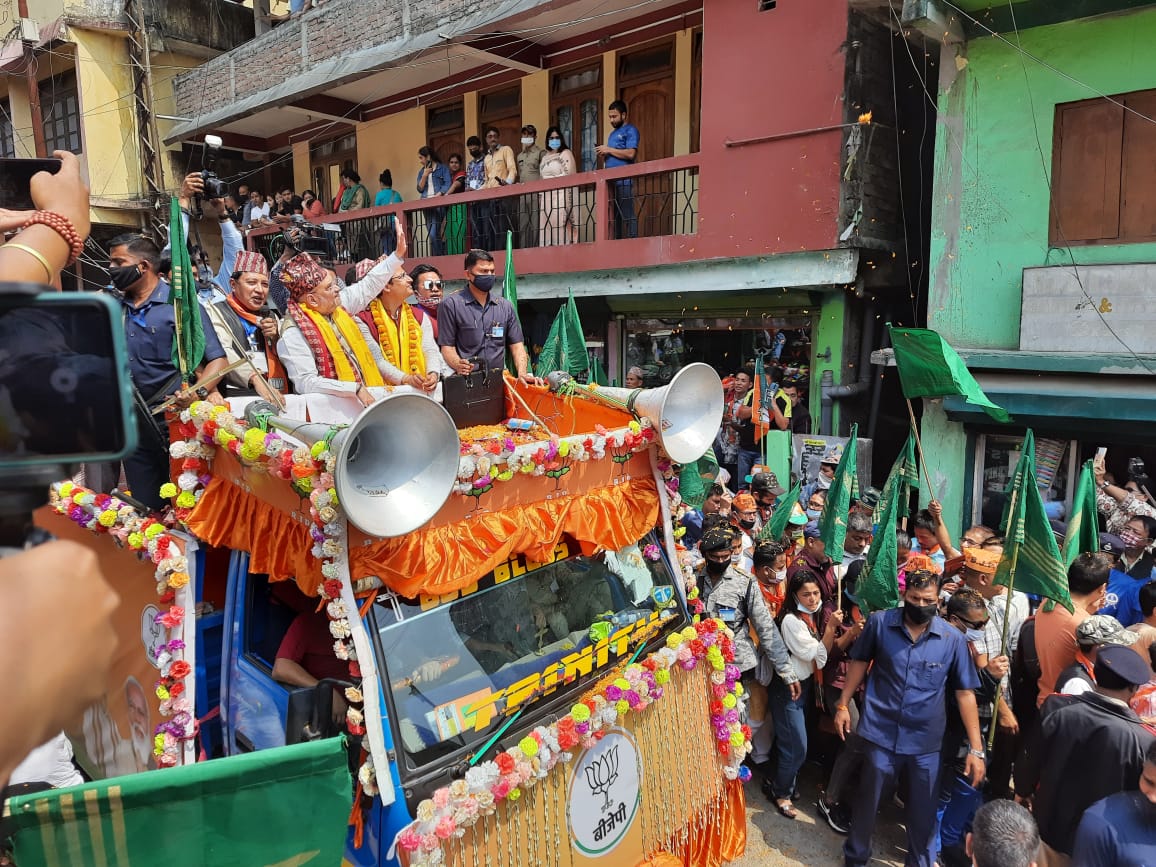 Subsection 3 prohibits any electoral appeal based on religion, race, caste, community or language for electoral gains. The subsection forbids any appeal made by (a) a candidate or (b) his agent or (c) any other person with the consent of the candidate or his agent to vote or refrain from voting for any person on the ground of his religion, race, caste, community or language. The section further prohibits the use of, or appeal to, religious symbols or national symbols, such as the national flag or the national emblem, for the furtherance of the prospects of the election of the candidate or for prejudicially affecting the election of the rival candidate.

In 1975, the Supreme Court in Ziyauddin Bukhari explained the crux of Section 123(3) by stating that under the provision the court has to primarily examine the cloak which the appeal wears to parade in and not only what lies beneath it.

Thus, Section 123(3) does not concern itself with substance of the appeal which politicians sometimes justify by citing the development agenda, rather it is restricted to its form, which if bears any divisive undertones constitutes a corrupt practise.

The Supreme Court has in the past convicted Balasaheb Thackeray under this provision.

Section 123(3) was amended in 1961 to strengthen the provision and curb any sectarian appeal in election campaigns.  A comparison between the pre-and post-1961 amendment provisions of Section 123(3) highlight two changes: the deletion of the word ‘systematic’ before appeal, and the addition of the pronoun ‘his’. In the same amendment Act, Section 123(3A) of RPA and Section 153A of the Indian Penal Code were also inserted to prohibit spreading communal hatred.

Recently in 2017, in Abhiram Singh v. C.D. Commachen, a seven-judge constitutional bench was constituted to answer a reference regarding the scope of the term ‘his’ in the provision. The question before the Supreme Court was whether the word ‘his’ under section 123(3) pertained to the identity of the candidate or his rival only (literal interpretation), or also extended to the identity of the voter/s (purposive interpretation).

By a 4:3 margin, the court upheld the purposive interpretation of ‘his’ and thus proscribed any appeal pertaining to the identity of the candidate, his rival or the voter. In practice, this means that electoral appeals to voters, in Union or state elections, based on their religion is a “corrupt practice” which can result in declaring the election of the candidate as void and further disqualification for a period of six years.

The majority opinions were written by Justice Madan B. Lokur (for himself and Nageshwar Rao J.), Justice T.S. Thakur and Justice S.A. Bobde.

Justice Lokur highlighted the legislative amendments to the RPA in 1961 as significantly strengthening the previous version of the provision. He favoured a purposive interpretation by taking into account the legislative history and intention of the framers to curb any fissiparous, communal or separatist tendencies in elections.

The concurring opinion by Justice Bobde stated that Section 123(3) embraces all actors involved i.e. the candidate, his agent, the rival candidate and the voter/elector. He stated that both the literal and purposive interpretation can be applied for arriving at the conclusion that ‘his’ includes the religion of the voter/s. 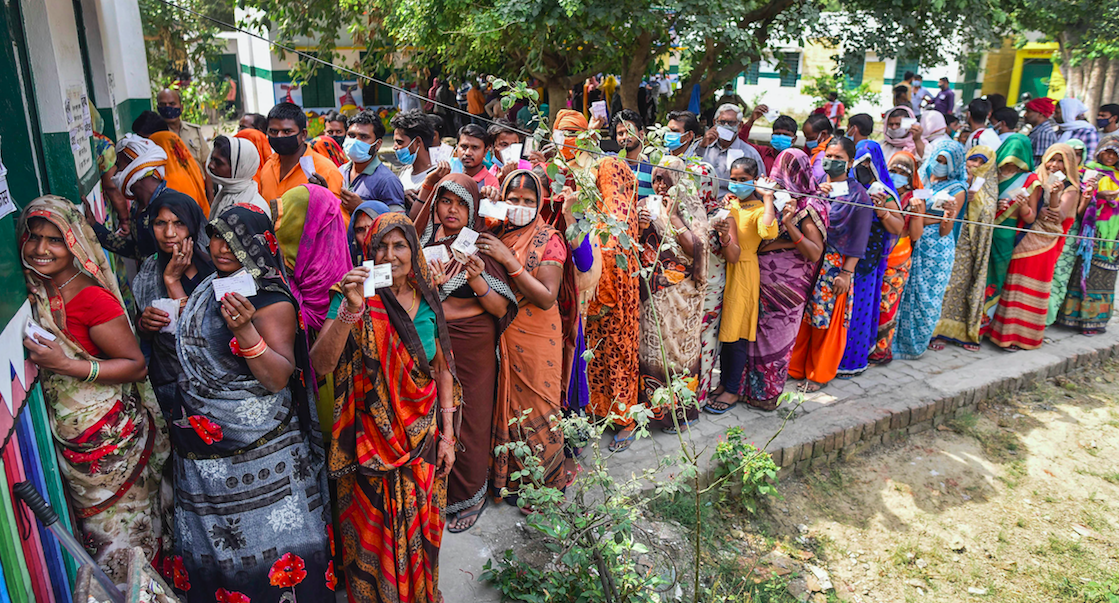 Justice Thakur’s concurring opinion highlighted the importance of secularism in the governance of the country. He stated that when two alternative interpretations were permissible, the one that furthers constitutional objectives should be preferred to the one that does not do so. He emphasised that religion cannot be mixed with any secular activity of the state and the encroachment of religion into secular activities is strictly prohibited.

The minority opinion authored by Dr. Justice D.Y. Chandrachud (for himself, and Justices U.U. Lalit and A.K. Goel) preferred the literal interpretation of the word “his”.

A literal interpretation would permit the following appeal: Suppose X is a minority religion. Candidate ‘A’ appeals to voters of X religion by saying “Please vote for me, I will do good for you and your community as you belong to X religion!” The minority opinion justified the literal interpretation by stating that voters’ identities are instrumental in recognising social and historic injustice faced by certain communities. Social mobilisation which is required to bring these marginalised communities into the mainstream cannot be achieved if references of religion, race, caste, community and language are outlawed in election campaigns.

In my opinion, the dissent conflates two important issues

Section 123(3) only prohibits appeals to identities for securing votes. Such divisive factors are capable of generating powerful opinions are depriving persons of their rational thought. It does not does not eliminate the possibility of an emancipatory appeal. Thus, a Dalit or Muslim voter can raise issues of caste or religious discrimination faced by him/her as a Dalit/Muslim and the electorate’s efforts to curb the same will not amount to a “corrupt practise”. The public space for discussion, debate and dialogue faced by historically discriminated communities is not curbed by a purposive interpretation of the section.

The crux of the court’s decision in Abhiram Singh is summed up in paragraph 74 of Justice Thakur’s opinion:

“The State being secular in character will not identify itself with anyone of the religions or religious denominations. This necessarily implies that religion will not play any role in the governance of the country which must at all times be secular in nature. The elections to the State legislature or to the Parliament or for that matter or any other body in the State is a secular exercise just as the functions of the elected representatives must be secular in both outlook and practice. Suffice it to say that the Constitutional ethos forbids mixing of religions or religious considerations with the secular functions of the State.”

The aforesaid extract highlights the secular character of the state and the impermissible intermingling of religion and governance of the country except for removing caste or religion based imbalances or discriminatory practices.

Even so, divisive electoral campaigns are an everyday part of our elections. Political parties in rampant disregard of the decision in Abhiram Singh continue to build their campaigns by pandering to voters’ religions. The gaping divide between the statute and reality is indeed alarming.

Does the court’s decision stand negated in practice due to lack of effective implementation of the RPA by the Election Commission?

How should we ensure that statutory mandate and its interpretation is taken seriously on the ground and political parties are held accountable for their actions during electoral campaigns?

Arati Ranade is a lawyer based in Mumbai.