Even when SLAPPs are of uncertain merit, they immensely damage prospects of free journalism, fierce criticism and accountability of power. 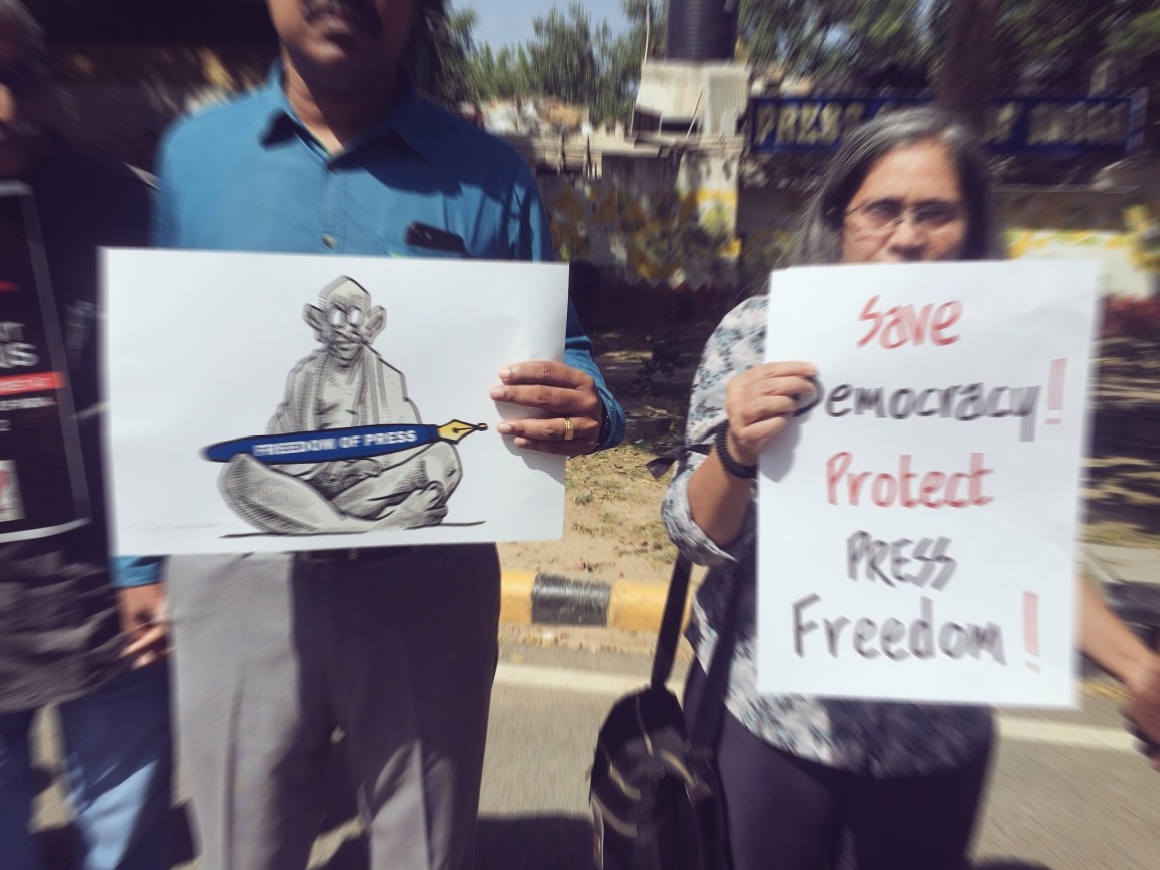 Far too many journalists, authors and writers have been selectively and routinely targeted. Credit: The Wire

More law is seldom an answer to growing societal anomalies, but there appears to be a strong case emerging for an anti-SLAPP (strategic lawsuits against public participation) law. They are quite literally (and phonetically) a slap on the face of anyone with the gumption to speak against power. The assumption behind such suits is that some kinds of content – spoken/published/posted/written/uttered – are malicious, baseless and harmful to the reputation and social standing of person/s concerned. In India, the potential to inflict such harm is checked by provisions relating to both civil and criminal defamation laws under IPC Sections 499 and 500 and Sections 199(1) to 199(4) of the Indian Code of Criminal Procedure.

Defamation and SLAPP lawsuits have become an all-too-common tool for intimidating and silencing critics of governments, corporations, businesses, actually anyone who is at a lower rung on the clout ladder. As journalists, academics, legislators and bloggers across the country have recognised, such lawsuits are an increasingly-used weapon against speech that some people and businesses would rather have silenced.

What are the implications of SLAPP suits for the ‘speaking community’? First, it implies a reneging on a foundational constitutional reasoning. A person’s right to reputation is protected explicitly in penal codes and only implicitly in Article 21 of the constitution, where the right to life is interpreted as the right to dignity, which in turn is interpreted as the right to reputation (recall there was no constitutional right to privacy then). This fuzzy, part-penal-quasi-constitutional right is being allowed routinely to trump constitutional guarantees of free speech rights. Contrast this with what a New York Supreme Court judge famously said in reference to SLAPPs: “Short of a gun to the head, a greater threat to First Amendment expression can scarcely be imagined”.

Third, it means that power and means will gang up to ensure that they nab you in your thoughts, warn you of graphic scenarios that look like empty bank lockers, shrinking bank-balances, pitiable credit ratings that’ll mortgage you out of your own homes.

It has, as some have pointed out, a chilling and inhibitive effect on the freedom of speech and expression. The goal of complainants (the allegedly defamed) in these cases is not necessarily to actually win the lawsuit, but to drag their critics to court and bury them under the tyranny of a judicial process that doesn’t spare even the chief minister, albeit of a “half-state”. The goal of anti- SLAPP law to protect detractors from SLAPP suits by providing them with a remedy.

SLAPP lawsuits can sue detractors for civil theft, criminal interference, defamation etc. If there is a protective law, the person sued can make a motion to strike the case because it involves speech on a matter of public concern. ‘Public concern’ could be, for example, the 2G scam, the fodder scam, the Adarsh housing society scam etc., or in more recent examples, abc, efg, xyz, etc. In both the named and the acronymised scams, the plaintiff will need to make more than allegations of harm and demonstrate that they have evidence that can result in a verdict in their favour.

Please note my judicious use of ‘xyz’ and such like mysterious acronyms: I have not taken names of people or places. I didn’t want to ‘defame’ anyone and face the legal music. Also, acronymised generalities allow me to quietly introduce the principle of ‘plausible deniability’ – a form of evasive action 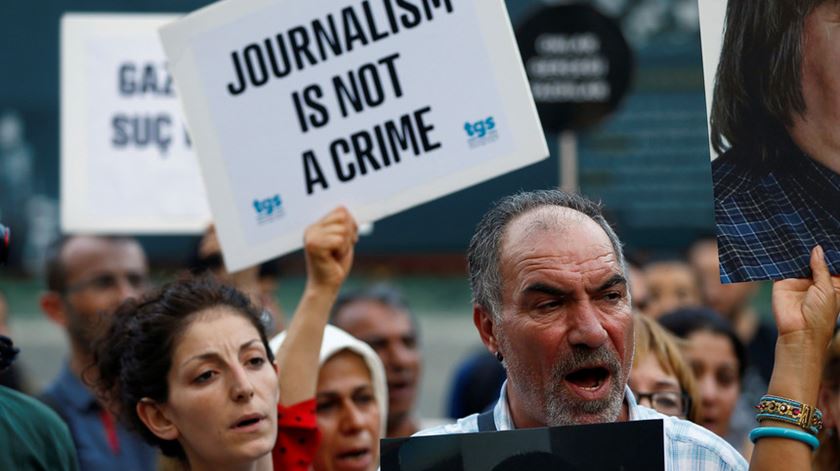 Journalism is not a crime. Credit: Reuters

I can take in anticipation of indictment and accountability. But for those who are braver, less afraid, who do not like safe havens of mathematical acronyms, and have the courage to name people, places, politicians and their palaces, we need an anti-SLAPP law so that they are protected and are not made precedents for future generations of free-speakers.

It is often argued that SLAPPs seldom win in court and that the trick is not to get intimidated. But it is important to understand that SLAPPs aren’t just random lawsuits of uncertain merit and outcomes. Even when they are of uncertain merit, they immensely damage prospects of free journalism, fierce criticism and accountability of power. In a typical defamation suit, the complainant’s primary objective is not to win the lawsuit. His/her goals would be accomplished if the defendant succumbs to fear, intimidation, mounting legal costs, or simple exhaustion and abandons the criticism. The objective is to teach a lesson, discipline and punish though both process and prospects. We don’t have to look too far back to understand how the power of intimidation works. One of the oldest and most respected journals of India, the Economic and Political Weekly, succumbed to threats of a defamatory suit against it for carrying an article against the Adanis for their alleged evasion of taxes.

But not everybody or every journal bows out. The Wire is fiercely standing its ground, first against the Essel Group’s defamation complaint (for the article ‘Spotlight on Subhash Chandra’s Essel Group as CAG Probes Rs 11,000 Crore Lottery Irregularity‘), and now against Jay Shah’s criminal defamation lawsuit (for the article The Golden Touch of Jay Amit Shah). But courage and bravery can’t be an expectation on which law can ground or deny rights. Far too many journalists, authors and writers have been selectively and routinely targeted. It’s time to actually have an anti-SLAPP law that makes this business of defamation suits a little less daunting and intimidating.