In an interview with Karan Thapar for The Wire, senior lawyer Dushyant Dave discusses the Karnataka high court's judgment on the hijab controversy. 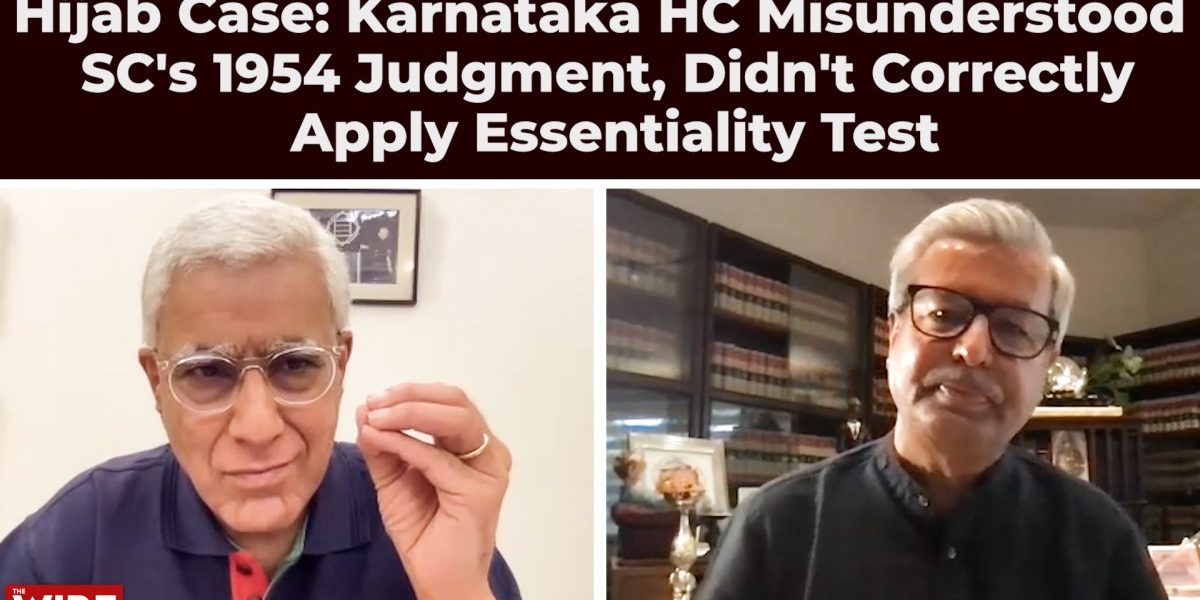 One of India’s most highly regarded Supreme Court lawyers has said that in applying the “so-called” essentiality test to the question, is the hijab an integral part of Islam, the Karnataka high court has misunderstood the Supreme Court’s 1954 Shirur Mutt judgment (which established the test) and, therefore, wrongly applied this test.

Dushyant Dave, who is also former president of the Supreme Court Bar Association, says that the 1954 judgment also contains a definition of religion which is so wide and all-embracing that it includes different types of food and dress which believers consider essential to their faith. He says that if Muslim girls consider the hijab as integral to their faith, then it is. The hijab is clearly covered by the 1954 judgment’s definition of religion.

In a 28-minute interview to Karan Thapar for The Wire, Dave read out the definition of religion contained in the Supreme Court’s 1954 Shirur Mutt judgment:

“It would not be correct to say that religion is nothing else but a doctrine or belief. A religion may not only lay down a code of ethical rules for its followers to accept, it might prescribe rituals and observances, ceremonies and modes of worship which are regarded as integral parts of religion, and these forms and observances might extend even to matters of food and dress.”

Dave pointed out that if the Karnataka high court sought to apply the essentiality test contained in the 1954 Shirur Mutt judgment, then it should also have applied the definition of religion contained in that same judgment. He also pointed out that this definition of religion has been repeatedly accepted by the Supreme Court over the roughly 70 years since the judgment was delivered.

He makes a very telling point as an illustration of his argument – If secular India can accept a chief minister wearing bhagwa [or saffron]-coloured clothes in his official government office, then why can it not accept young Muslim girls wearing hijab in schools?