Proposed changes violate right to equality, and will make it harder for young offenders to be rehabilitated, child rights activists say 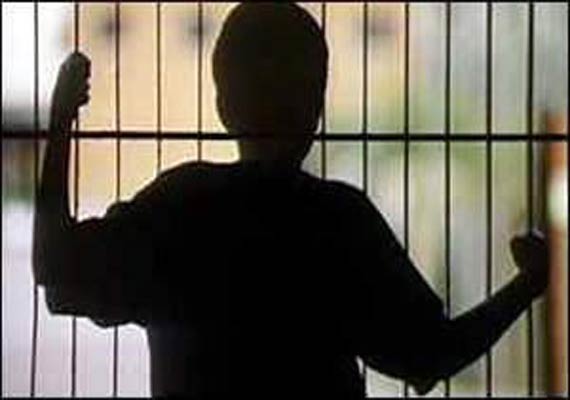 New Delhi: In a meeting held here Monday, members of the Prochild Network comprising a broad network of NGOs, academics, activists and lawyers, voiced strong opposition to the Bill amending the Juvenile Justice Act, 2000, that was passed in the Lok Sabha on May 7, terming the provisions of the Juvenile Justice (JJ) Amendment Bill as patently unconstitutional. The most crucial provision of the Bill, which will likely be debated in the Rajya Sabha today, allows for children between the age of 16-18 to be tried as adults if they commit a heinous crime, thereby advocating greater stringency of action as a deterrent. The category of heinous offences includes offences for which the minimum punishment in law is seven years or more.

Challenging the very basis of the Bill’s provisions as untenable, Prof Ved Kumari argued that treating children between 16-18 as adults violated the fundamental right to equality under Article 14 of the Constitution as well as Article 15(3) which allows special laws for marginalised sections of society, including children.

What this means is that if a 16-year old commits an offence that attracts a minimum seven year sentence, he will be produced before the Juvenile Justice Board comprising a magistrate and two social workers who will decide on the physical and mental capacity of the child to commit the offence as well as his ability to understand the consequence of the offence and the circumstances in which he committed the offence. This is a very subjective process which creates scope for an enormous amount of arbitrariness. Moreover, Kumari argues that “latest research shows that individualised assessments of adolescent mental capacity is not possible.” Hence, the preliminary assessment by the Juvenile Justice Board providing for procedural arbitrariness violates Articles 14 and 21 because an accurate assessment of mental capacity for the purpose is just not possible and will result in subjective and arbitrary transfers into the adult criminal system. This goes against the very basis of the Constitution, she said.

Further, she questioned the government’s commitment towards the implementation of juvenile justice, pointing to the fact that the Union government’s budgetary allocation for child welfare dropped from “an already inadequate 4.52 percent in 2014-15 to a measly share of just over 3 percent in 2015-16.”

Representatives of Prochild pointed out that these finances are in no way adequate to create places of safety for juveniles as envisaged in the Bill. Consequently, juveniles would either be detained in the existing Special Homes or Borstals or jails. This would only ensure that a child offender turns into a hardened criminal by spending seven to 20 years in the company of hardened criminals while growing to adulthood. Prof. Faizan Mustafa, Vice-Chancellor, NALSAR University of Law, Hyderabad, emphasised that “putting children with adult criminals is self-destructive and self-defeating. Adolescents in conflict with law need adult guidance not the company of hardened criminals.”

Further, it was argued that in the absence of adequate funding, the proposed reformative services, including the services of psychologists, psychiatrists and social workers during the stage of preliminary assessment and rehabilitation inquiry would remain confined on paper.

The government’s contention that one of the main triggers for the Bill was the aspect of safety of women (as seen against the backdrop of the ‘Nirbhaya’ rape case), was challenged by Supreme Court lawyer and women’s rights activist Vrinda Grover. The government’s attempt to push through amendments to the Juvenile Justice law that seek to prosecute and try 16-18 year old juveniles for rape or other sexual crimes before the adult criminal justice system and incarcerate them in prisons, will not in any way enhance the safety of women, she asserted. It was more important for the government to invest in strengthening the reformative and rehabilitative mechanisms under the JJ law, she said.