While the US case challenges the immunity of international organisations, the UK case dents the defence of a 'separate legal personality' enjoyed by holding companies against the environmentally degrading acts of their subsidiaries. 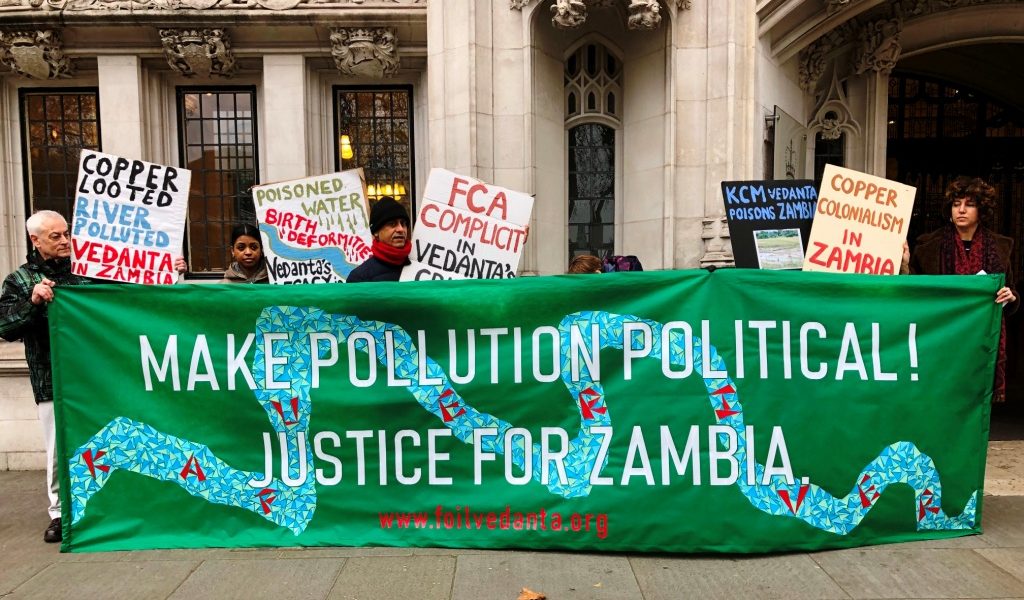 Two recent court decisions, one by the US Supreme Court (USSC) in February 2019, and the other by the UK Supreme Court (UKSC) last week, have caught the attention of the international community as they both relate to the issue of access to environmental and human rights justice.

The second case, Vedanta Resources Plc and anr v. Lungowe and ors, decided by the UKSC, targets Vedanta as it has been accused of negligence in allowing its subsidiary Konkola Copper Mines (KCM) to pollute water sources in Chingola region of Zambia through toxic emissions from its copper mines since 2005.

While the circumstances and facts of each case are different, both take different routes in order to achieve the same outcome – fixing accountability for violations of environmental, and human rights.

The fishing community living in the vicinity of the Mundra power project complained that pollution from the thermal plant adversely impacted the surrounding environment leading to the depletion of fish stocks, and other marine resources on which these communities traditionally depended. They approached the Compliance Advisor/Ombudsman (CAO), an independent accountability mechanism established by the World Bank for the IFC.

The audit report by CAO found several lapses in the IFC in properly assessing the environmental and social risk associated with the project. However, as per the last monitoring report by CAO published in 2017, the actions taken by IFC were unsatisfactory.

The fishing community, dissatisfied with the outcome of the CAO process, in 2015 filed a class action suit against the IFC in the US district court for the District of Columbia. IFC argued that it was absolutely immune from any suit or judicial proceedings under the US law.

The stance of IFC throughout the case has been that it is absolutely immune from any kind of suits or judicial proceedings before the US courts. The USSC did not agree with this view, and held that the immunity of IOs under the US law is not absolute but restricted, thus making the actions of IFC subject to judicial review by the US courts. A detailed analysis of the judgement can be found here. 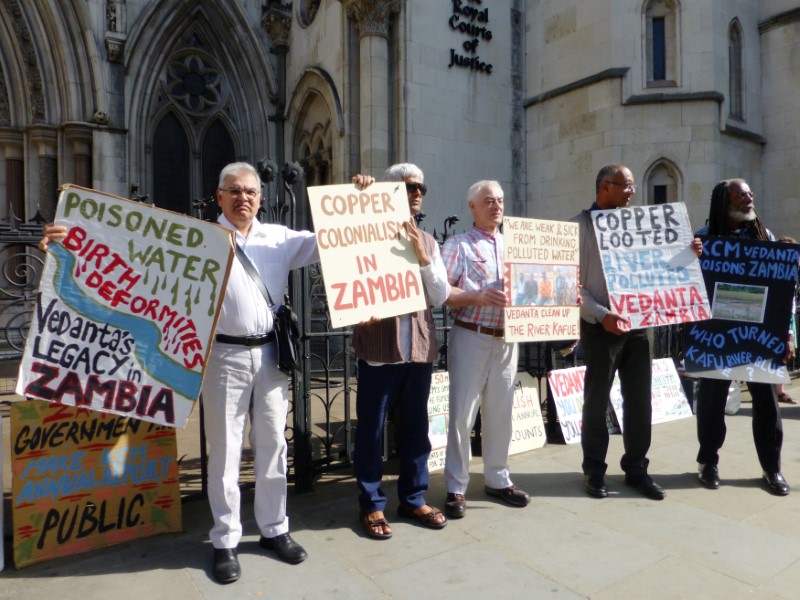 While the actual decision on merits is still awaited, the judgment serves as the basis for similar claims against the IFC such as in Juana Doe et al. v. IFC, where IFC funded Dinant, a palm oil company in Honduras accused of using hitmen, private, and public security forces to secure evictions of farmers and indigenous people from the lands for plantation.

The CAO inter alia categorically found that the environmental and social review of the funded project was not in compliance with IFC’s own Sustainability Policy and Environmental and Social Review Procedure.

Cases like these involving IFC are symptomatic of a larger issue relating to the accountability of the IOs, and primarily the ones which are international financial institutions such as the World Bank, IFC, International Development Association (IDA) etc.

These institutions have independent accountability mechanisms such as CAO for IFC, Inspection Panel (IP) for World Bank, and the IDA. The Centre for Research on Multinational Corporations published a comprehensive report titled ‘Glass Half Full’ in 2016, dealing with the situation of accountability in institutions such as World Bank, IFC etc. It concluded that the existing mechanisms to ensure the accountability such as CAO, or IP etc. are not sufficient and there is a need to establish a new accountability mechanism which is binding on these organisation ‘so that they cannot claim immunity before the national courts.’

Alfred de Zayas, an independent UN expert, in his report submitted to the UN Human Rights Council in 2017 pointed out  ‘numerous examples of human rights violations which have been alleged in connection with projects the World Bank has financed, including mass evictions and involuntary resettlements, land-grabbing, pollution, the destruction of livelihoods, forced and child labour, and sexual abuse.’

While he appreciated the work of CAO and IP in finding non-compliances on part of IFC, and the World Bank respectively, he lamented that neither CAO, nor the IP ‘has the authority to remedy abuses itself.’ These bodies may investigate the instances of non-compliance, and abuse of environmental, and human rights, but it is the either the World Bank, or the IFC ‘that determines how to address the issue and often it chooses not to.’

The UN expert thus emphasised that ‘the time has come for international financial institutions to be made accountable for harm resulting from loan practices and lack of due diligence’.

What makes this case different is that affected communities chose to sue the parent company Vedanta in the UK, instead of suing KMC in Zambia. Vedanta challenged the jurisdiction arguing that Zambian courts were the proper forum for the claimants.

Vedanta also attempted to shield itself arguing that it could not be held responsible for the acts of another corporation irrespective of holding and subsidiary relationship, as they are two different legal persons.

An important aspect discussed in the case at the UKSC was regarding the level of control exercised by Vedanta over the mining activities of KMC in Zambia, which would impose a duty of care on Vedanta towards claimants. The court especially emphasised on the publicly available material issued by Vedanta in which it had asserted its responsibility for the establishment of appropriate group-wide environmental control and sustainability standards, for their implementation throughout the group by training, and for their monitoring and enforcement.

On this basis, and on the basis of the internal documents related to communication between Vedanta and KCM, the UKSC found that Vedanta owed a duty of care to the claimants.

Another important factor behind allowing the case against Vedanta in the UK courts was the concern over access to justice. Since the claimants came from a very poor background, with limited financial resources, a case complex like this would, the UKSC require expert evidence related to identification of toxicity of emissions, link between the emissions and the personal injury, and contamination of watercourses etc, and thus a considerable expense. Thus, owing to the lack of legal and financial resources, the claimants had a better chance of successfully prosecuting their claim in the UK.

Principle 26 of the UNGP

Although the UKSC does not explicitly refer or mention the UN Guiding Principles on Business and Human Rights (UNGP) in its judgment, the decision’s emphasis on access to justice, can be seen as giving effect to inter alia Principle 26 of UNGP which directs the States to ‘ensure the effectiveness of domestic judicial mechanisms when addressing business-related human rights abuses, including considering ways to reduce legal, practical and other relevant barriers that could lead to a denial of access to remedy.’

The UNGP refers to several situations which can be considered as legal barriers preventing legitimate cases of human rights abuse from being addressed. One of the situations is ‘the way in which the responsibility is attributed among the members of the corporate group in civil and criminal matters…’

By deciding on the issue of duty of care as discussed above, the UKSC clearly removed a legal barrier contemplated by the UNGP and brought the claimants a step closer to justice. Similarly, the inadequacy of resources, difficulty in securing proper legal representation etc. are all listed as barriers – which the UKSC has effectively removed in the Zambian case.

While the USSC case challenges the immunity of the IOs, the UKSC case dents the defence of separate legal personality enjoyed by holding companies against the environmentally degrading acts of their subsidiaries, while simultaneously facilitating access to environmental justice to resource deficient victims of corporate exploitation from the developing world. The USSC case could trigger reform of existing international legal system making the IOs immune from legal actions in national courts.

Similarly, the UKSC case also serves as an example that civil litigation in national courts can give mandatory effect to soft laws such as the UNGP.

In the meantime, these decisions have opened the gates for future class actions cases against large multinationals headquartered in the UK, as well as international financial institutions situated in the US, arising from adverse environmental, and human rights consequences of their operations globally.

Pushkar Anand is Assistant Professor at the Faculty of Law, University of Delhi. He can be reached at pushkar.rathaur@gmail.com.