The court opined that since the majority of the state's population considers the river as sacred, the Zila Panchayat's by-laws preventing meat shops from operating within 500 metres of the Ganga are in line with the scheme of the Constitution. 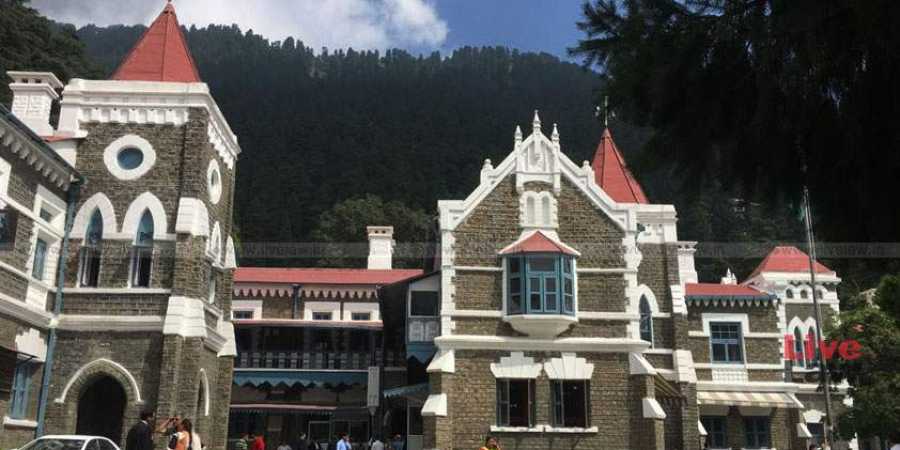 New Delhi: The Uttarakhand high court, in an order dated July 20, observed that the banning of meat shops from operating within 500 metres of banks of the river Ganga in Uttarakhand is in line with the scheme of the Constitution, given that a majority of the state’s population attaches sanctity to the river, Bar and Bench reported.

Specifically, the court said that the ban was in line with the scheme envisaged in Part IX of the Constitution, which deals with panchayats and local self government, as the ban in the present case had been enforced on the basis of by-laws drafted by the local Zila Panchayat.

The court’s observations came while hearing a plea challenging the Uttarkashi district magistrate’s refusal to grant a no-objection certificate to the petitioner, a Muslim man who had been selling mutton from his home, located 105 metres from the banks of the Ganga.

The petitioner submitted to the court that he had been operating the meat shop from a rented accommodation since 2006, for which he had got a licence from the Zila Panchayat. Thereafter, in 2012, he claims he also got a licence from the designated authority under the Food Safety and Standards Act (FSS), after which he shifted his meat shop to a different location, Live Law reported.

In 2016, the petitioner received a notice from the Zila Panchayat, Uttarkashi, directing him to relocate his shop within seven days since it violated the panchayat’s by-laws which ban meat shops from operating within 500 metres from the river bank.

It was then that the petitioner applied for a no-objection certificate from the district magistrate, which was denied.

Advocate Jitendra Chaudhary, representing the petitioner, contended that after the FSS came into force in 2006, the Zila Panchayat no longer had the jurisdiction to grant or deny a licence to the petitioner for running the meat shop.

Also read: Mathura Meat Ban: What Are the Real Motives and Possible Ramifications?

Therefore, the petitioner’s counsel argued that the FSS Act should override the Zila Panchayat’s by-laws and the district magistrate’s decision not to award a no-objection certificate to the petitioner should be set aside.

Additional chief standing counsel (CSC) Yogesh Pandey, appearing for the state, told the court that the petitioner’s request for a no-objection certificate had been denied because he shifted the location of his shop to within 500 metres of the Ganga.

Further, the respondents brought up a number of provisions of Article 243 in Part IX of the Constitution which, it argued, grants powers to these bodies to act as sovereign institutions of self government.

As such, the bench of Justice Sanjaya Kumar Mishra was of the opinion that the Zila Panchayat’s provisions and those laid out in the FSS Act should be “harmoniously construed” with one another.

In this light, the court noted that the Uttarkashi district magistrate had made “no error” in refusing to grant a no-objection certificate to the petitioner for operating his meat shop.

“At the same time, keeping in view the special status of State of Uttarakhand and the river Ganga that emerges from District Uttarkashi and the sanctity attached with the river Ganga by majority of population of Uttarakhand, the decision taken by the Zila Panchayat by making by-laws to the effect that no shop for butchering the animals and selling the meat within 500 metres from the bank of river Ganga appears in line with the scheme of Constitution of India, as envisaged in Part IX. Hence, this Court is of the view that respondent no. 2, District Magistrate, Uttarkashi has not committed any error in not issuing no objection certificate to the petitioner to run a mutton shop within 500 metres from the bank of river Ganga,” read the court’s judgment.

On this basis, the court also noted that it is mandatory for the petitioner to obtain a no-objection certificate if he were to continue to operate his meat shop.

“It is observed that any person, who runs a meat shop for selling and butchering the animals in District Uttarkashi, shall obtain no objection certificate from the concerned authority, in the light of by-laws made by the Zila Panchayat and also obtain a license from the designated authority,” the court said.

As such, it dismissed the plea.