The judges repeatedly asked the Central government counsels as to how a single judge could stay the proceedings of a division bench and then imposed a cost of Rs 25,000 on the Centre for this case. 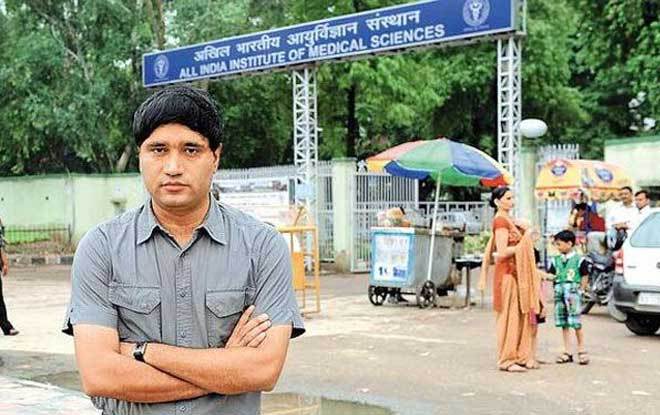 New Delhi: In a major embarrassment for the Central government, a division bench of Uttarakhand high court headed by Chief Justice Rajiv Sharma today quashed the order passed by Chairman of the Principal Bench of CAT at New Delhi by which he had stayed the further proceedings in the hearing of a case filed by whistleblower Indian Forest Service Officer Sanjiv Chaturvedi.

The high court bench also came down heavily on the orders passed by Chairman of Tribunal as single judge wherein he had stayed proceedings of a division bench. The judges repeatedly asked the Central government counsels as to how a single judge could stay the proceedings of a division bench and then imposed a cost of Rs 25,000 on the Centre for this case.

The Nainital Division Bench of CAT had been hearing the case filed by Chaturvedi since July 2017 in the matter pertaining to adverse entries made into his appraisal report of financial year 2015-16 by All India Institute of Medical Sciences, New Delhi, where he was working as Chief Vigilance Officer from 2012 to 2016.

Against these adverse entries Chaturvedi had first moved Uttarakhand high court  in June 2017. However, a division bench headed by then Chief Justice K.M Joseph had relegated his case to the Tribunal saying: “We also leave it open to the petitioner approach this court seeking any relief, which may be rejected by the Tribunal on the ground that it does not have jurisdiction.”

After this Chaturvedi had approached Nainital Circuit Bench of Tribunal which had issued notices to Central government and AIIMS in July 2017.

Chaturvedi, who had in 2015 received the prestigious Ramon Magsaysay Award for “his exemplary integrity, courage and tenacity in uncompromisingly exposing and painstakingly investigating corruption in public office, and his resolute crafting of program and system improvements to ensure that government honorably serves the people of India,” had pleaded in person before the Uttarakhand High Court and submitted that he had approached Nainital Bench of CAT on directions of Uttarakhand High Court in June 2017.

The Nainital Bench of Tribunal had subsequently started hearing his case from July 2017 and also granted interim relief to him in September 2017.

Subsequently, in December 2017 the Central Government had filed a transfer petition before Chairman of CAT at New Delhi for transfer of this case from Nainital to Principal Bench at Delhi.

At that time, the proceedings at Nainital Circuit Bench had reached the final stage and final arguments had begun with the Bench directing both the parties to “file brief synopsis of their arguments including material on record”.

However, on July 27, when Chaturvedi was in Finland on a mandatory Mid-Career-Training (MCT), the Chairman of CAT stayed the proceeding of Nainital Circuit Bench.

‘Chairman is only first among equals, cannot stay proceedings of larger bench’

Today, after hearing Chaturvedi in person, the high court bench questioned the orders passed by Chairman of Tribunal as single judge wherein he had stayed proceedings of the division bench. Chief Justice Sharma observed that position of Chairman is only first among equals and he cannot stay the proceedings of a larger bench.

The Chief Justice also termed the orders of the Tribunal chairman as vindictive and noted that the very grounds on which the stay was granted by him was incorrect as all the three cases were totally different.

While in two cases pending at Delhi relief was sought for inter cadre deputation and for quashing of a displeasure memo, the matter pending at Nainital Circuit Bench was about adverse entries into the appraisal report of financial year 2015-16.

In view of the Centre’s approach, the high court also imposed a cost of Rs 25,000 on it.