A Tribute to Judge Ruth Bader Ginsburg, But When Will India Have Its Own RBGs?

Not until our lawyers and judges rise and prosper on account of merit alone and not the accident of birth, connections and gender, and until we have a system which produces judges wedded to their oath to protect and defend the constitution and not to solely secure their progeny and retirement.

As the conservative lot in the court became stronger, so did RBG’s voice of dissent; so much so that there came a point when RBG became synonymous with “I Dissent”. Photos: Reuters. Illustration: The Wire

“What is the difference between a bookkeeper in Brooklyn, New York, and a Supreme Court justice”? asked the deceptively diminutive lady, the daughter of an Austrian immigrant, addressing a group of new American citizens assembled for their “naturalization” ceremony, all ready to sing the ‘Star and Spangled Banner’.

Bill Clinton’s nominee to the United States Supreme Court answered it herself:

As Ruth Bader Ginsburg, indefatigable at 87, threw in the towel in her latest and fifth battle against cancer, a pall of gloom fell over Marble Palace, constructed by John P. Frank in three years between 1932 and 1935. It houses ‘the Nine’ – as the United States Supreme Court justices are called, three of whom were women. Last night the Supremes were left one short. Scores of people braved the pandemic to spontaneously gather in front of the building that had been her workplace since August 10, 1993. President Clinton lifts a photo away during comments by Judge Ruth Bader Ginsburg after announcing June 14, 1993, that he is nominating her to the Supreme Court. Photo: Reuters

The justice of a constitutional court is no popular actor of tinsel town or a politician of fame and reach. Public interface is minimal and she is sentenced to that fabled “Ivory Tower” of judicial rectitude and social distancing, for life if she wants.  She labours mostly away from the public gaze, in chambers and conference rooms, plodding through memorials and summaries made by her law clerks, writing opinions and hearing lawyers wax eloquent in court.

Then why has RBG, as she was known, captured the peoples’ imagination like no other judge before?  Why has she spawned a fan following that can be the envy of a rockstar or  screen diva, with people going crazy, including this author, hoarding RBG merchandise like cell covers, coffee mugs, T-shirts and posters? Why is RBG a cult?

The answer is simple.  She spoke for the people and was the voice of the voiceless. RBG, by her courage and conviction, fought the adversities of life and law with equal passion.  She became us.

A mother of two, the opera-loving, fitness crazy gym enthusiast Ruth had already litigated six crucial cases in the Supreme Court which set the architecture of the women’s rights jurisprudence of the court.  She had lost only one.

So Clinton was not exaggerating when, on her appointment, he said, “Ruth Bader Ginsberg does not need a seat on the Supreme Court to earn her place in the American history books.  She has already done that.”

Yet the beginning was not that smooth. In Ginsburg’s own words, she had three strikes against her – woman, mother and Jewish. Even her Harvard professor was convinced that she had wasted a seat which could have gone to a deserving male. Dedicated to her husband Martin, her faithful companion until he died in 2010, Ruth transferred to New York to follow her husband and transferred to Columbia.

The topper of Columbia Law’s Class of 1959 could find no law firm in New York willing to hire a woman attorney. Ruth was not one to give up. Taking to academia, she became a professor of law at Rutgers Law School, teaching some of the first women law students there. Then finally luck smiled her way when in 1971 she appeared before the Nine with her lead brief in Reed v Reed, where the court was considering whether men would be preferred over women as executors. Ruth won the first gender discrimination case of the court. In 1972, she co-founded the Women’s Rights Project at the American Civil Liberties Union and under this banner took numerous causes to the court on which she would one day go on to sit as a justice herself.

In 1980, Ginsburg was nominated to the US Court of Appeals for the District of Columbia by President Jimmy Carter. This is considered the waiting room for justices on fast track to the top court. Sadly, Carter was a single term president and Ronald Reagan and George H.W. Bush followed him. Judge Ginsberg bided her time while taking a centrist view in most cases she decided.

It is this struggle which made RBG, in later years, respond to the stock question inevitably put to her – when would there be enough women justices in the Supreme Court.  She would answer with her mischievous smile – when there would be nine. Almost prepared for a shocked response, she would not hesitate to point out that for long, all nine were men and no one was shocked by that.

As the conservative lot in the court became stronger with every Bush and Trump nominee, so did RBG’s voice of dissent; so much so that there came a point when RBG became synonymous with “I Dissent”.

And dissent Ruth did with judicial élan. In a 2013 court decision to attack a vital part of the Federal Law (Voting Rights Act 1965) that ensured voting rights to Blacks, Hispanics and minorities, RBG’s dissent read as follows: “(it is) like throwing away your umbrella in a rainstorm because you are not getting wet.”

Justice Ginsburg’s battle with the law was as inspiring as her battle against cancer. In 1999, she had surgery for colon cancer and received radiation and chemotherapy. A decade later, cancer struck again in the pancreas. RBG battled on. In December 2018, cancer appeared in her left lung. In August 2019, the tumour reappeared in her pancreas and three weeks of radiation made RBG whole again. In July 2019, RBG announced that her pancreatic cancer had returned though she assured all that she was “fully able”. Through her long battle with illness, RBG was a regular at the gym and her weight training videos propelled her further to her ultimate status of a pop-culture icon. In fact, Ruth herself was amused at the morbid obsession and fascination with her “notoriety”.  She confessed “I am now 86 years old and yet people of all ages want to take their picture with me”.

Also read: The Only Institution Capable of Stopping the Death of Democracy Is Aiding it

RBG had her share of controversies as well. Her comment on Trump being a “faker”, made just as America was readying herself to vote, raised quite a few eyebrows as it breached the convention of judges not commenting on politicians. She made quick amends and apologized. She also drew liberal ire by refusing to step down while Barrack Obama had the power to appoint a successor who could fill her large liberal shoes and help with the court’s ‘balance’. Perhaps Ruth was not done. Perhaps she was not so confident that Obama could get a liberal successor through.  We will never know. 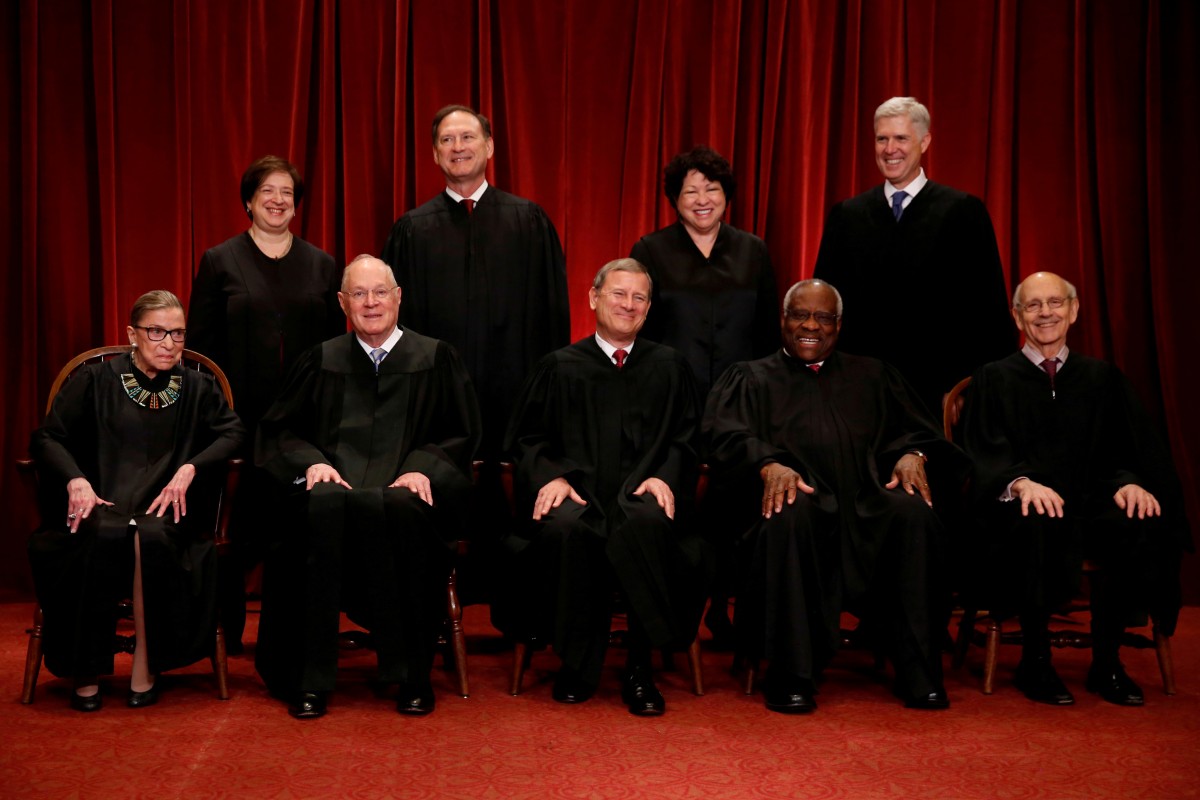 RBG never let her experience on the bench affect her life. Her fans could never understand why, despite constantly sparring on the bench with her conservative colleague Scalia, outside court both were opera buddies.

Once on an India trip, the besties were on elephant back with Scalia sitting up front.  What about feminism, she was reminded. Ginsburg with a deadpan expression and that glint in her eyes answered, “It had to do with the distribution of weight”.

As RBG joins the pantheon of legendary justices in a tech-savvy world which has made her a popular icon – that perhaps lack of technology may have denied others before her – the question we should ask is: Why can’t India have an RBG?

Waiting for an Indian RBG

With two women judges out of the 30 in the Supreme Court and 78 in the high courts amongst hundreds of male justices, India has a long road to cover. Until our judicial appointment system remains opaque shielding and nurturing the transactional approach shared by the executive and the court, until our lawyers and judges rise and prosper on account of merit alone and not on account of accident of birth, connections – and gender – and until we have a system which produces judges wedded to their oath to protect and defend the constitution and not to solely secure their progeny and retirement, we can be confident that no RBG will come our way.

There is no reason to imagine a single judge cannot sustain fame like RBG did or that she was a flash in the pan. Nearer home we have recently witnessed how someone in the Indian Supreme Court nearly rivalled Ruth in eyeballs and impact of a kind, but not in admiration. This underscores the hitherto underestimated impact that the justice system can have on a people.

Also read: Because of ‘Sex’: The US and India on Workplace Discrimination Against LGBTQI Persons

As an optimist, I shall wait for that day when India too can boast of its homegrown Ruth.  Increasingly, young women are joining the bar and are slowly and silently chipping away at the glass ceiling that patriarchy and privilege have placed to impede their rise in a profession that has been ruthlessly oligarchic and non-meritocratic. The Bar is the Mother of the Bench and someday our sisters at the Bar will have the opportunity to try their hand at Ruth-level awesomeness.

I have a pile of pending books that are yet to be read by me. Till then, I shall put Linda Hirshman’s Sisters In Law on the top of the pile and get myself distracted by the story of how Sandra Day O Connor and Ruth Ginsburg, the first two women in America’s Top Court went about changing the world.