In reducing the sentence of the culprits of the Uphaar fire, the court has let down victims and emboldened law breakers, writes the mother of two of the victims of the 1997 tragedy. 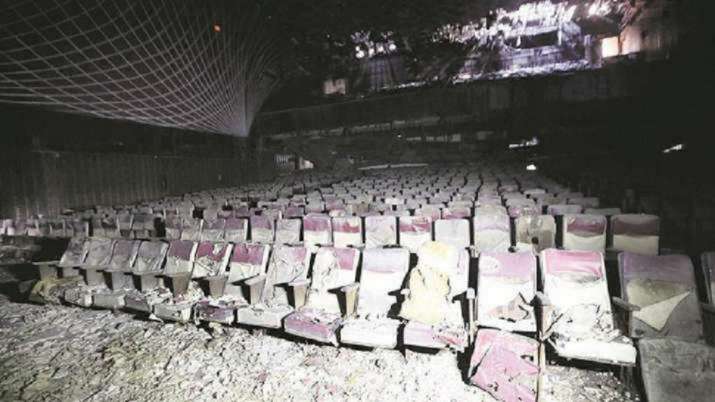 File image of the Uphaar cinema, after the fire in 1997. Photo: PTI/File 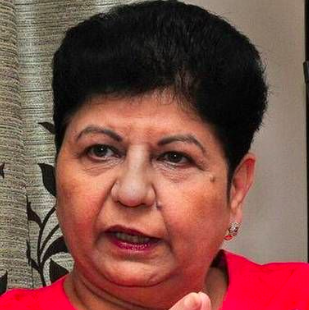 Dear readers, if you choose to read this article, please consider it an opinion piece written by a responsible citizen of India – one who cares deeply for the integrity of the nation and for the safety and well being of its citizens. Please do not treat this as an article authored by a grieving mother, driven to a state of mental instability by the tragic loss of her children.

Nor do I ask for any pity or compassion for my loss, which could well drive anyone to the brink and further.

I write this with all my faculties intact, having respected the rule of law, and after having spent the last quarter of a century stoically seeking justice as a responsible citizen of the country should do.

I am sharing my thoughts with readers today for the same reason that has driven me to set aside my unimaginable loss and grief and dedicate my life to seeking justice from the judicial system in India. I want the public to know what their rights are, what laws and rules govern Indian society and how the rich, influential and corrupt are manipulating laws, lawmakers and law-keepers and making a mockery of them.

On July 19, 2022, I stood in court before District and Sessions Judge who had, only the other day on July 18, 2022, upheld the conviction of Gopal and Sushil Ansal and others in the case related to tampering of evidence in the Uphaar fire case. A day later he permitted them to walk out of jail on grounds of old age even as he admitted they were guilty of all charges made against them.

As if this travesty was not enough, he stated in open court while pronouncing the sentence, that if you (i.e. the victims including me and my husband, Shekhar Krishnamoorthy, as well as all members of the Association of the Victims of Uphaar Tragedy) have suffered, so have the Ansals.

His statement continues to haunt me and I am appalled that a man given the honor of being the District Judge could equate a mother’s pain and suffering to that of Ansals even after holding them guilty for tampering with evidence. 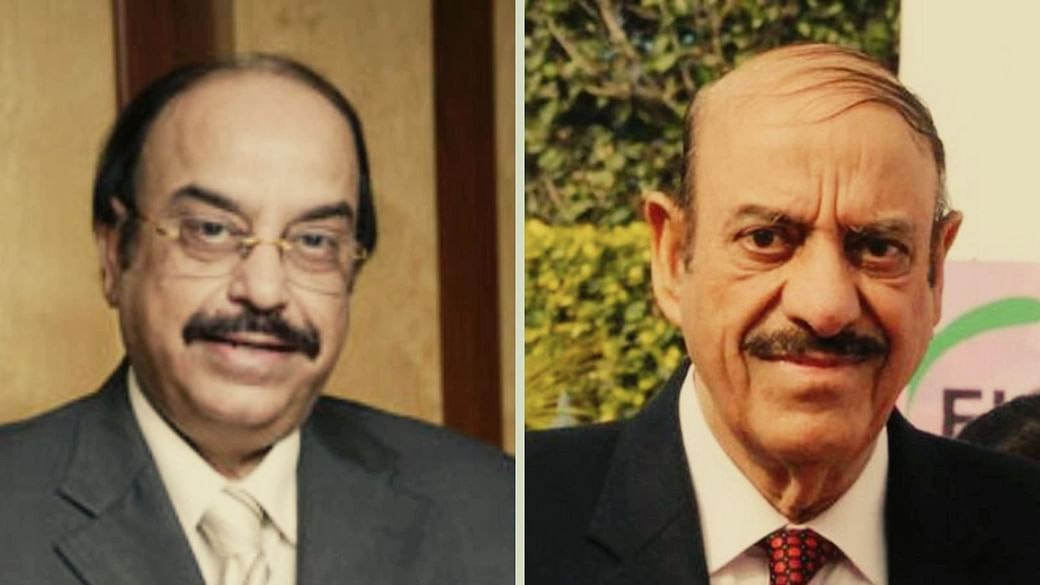 The Ansals have also been held guilty for the death of 59 people in the main Uphaar case by no less than the Supreme Court of India.

And yet, the District Judge, while equating my suffering with that of the convicted Ansals did not hesitate to insult the memory of my beloved children, and the pain and suffering I have gone through for the past 25 years without my children.

The Ansals, on the other hand, have been leading normal lives, attending to their businesses, vacationing abroad and socialising. If they have been convicted, it is due solely to their own misdeeds.

Equally appalling is the order on sentencing wherein the judge has stated that the Chief Metropolitan Magistrate’s order on sentence is punitive and retributive in nature so as to teach a lesson to Sushil and Gopal Ansal. The case in question is tampering with judicial records and the Ansals have been convicted under sections 409 (criminal breach of trust), and 201 (causing disappearance of evidence of offence), read with 120B (criminal conspiracy), of the Indian Penal Code. Section 409 of the IPC is punished with imprisonment for life. The crime being serious, it is tantamount to interference in the administration of justice. Hence, the CMM in his wisdom has rightly awarded a seven-year sentence as per law and had no personal agenda to teach a lesson to the Ansals.

The order further states that while the Association of the Victims of Uphaar Tragedy do not want the culprits to go scot-free and enjoy any rights and liberties in the remainder of their lives, this whole criminal litigation cannot be converted by the prosecution into an inhuman and vindictive approach to the convicts.

This finding is unwarranted and adds further insult to injury.

The tampering had hampered our legal and constitutional rights to a fair trial, which in turn led to agony and mental trauma. AVUT’s endeavour was to get the perpetrators of the crime punished as per law, not by a new set of laws made on demand by us.

We are law abiding and asked only for punishment under the prescribed section of the penal code. It is the law which curtails the rights and liberties of the convicts and not the victims.

It is pertinent to mention that it is the responsibility of the prosecuting agency to get justice for the victims of crime. In most of the cases, the prosecuting agency is accused of botching up the investigation, resulting in acquittal. But in this case, prosecution is being accused of having an inhuman and vindictive approach even though the case has been proved beyond reasonable doubt, resulting in conviction.

Tampering with evidence is a crime against the institution of justice and the judge should not have taken such a lenient approach while sentencing the convicts. The Supreme Court while cancelling the bail of the Ansals in the year 2008 had said during proceedings, “Tampering with court records is worse than murder and dacoity.”

By reducing the sentence from seven years to period undergone i.e. eight months and 12 days, taking into consideration the age and medical condition of the Ansals, the court has shown undue sympathy to convicts who do not respect the law.

The same medical conditions of the Ansals were pointed out to the high court while seeking suspension of sentence in the month of February 2022 and the same was not considered by the court. The order of the District Judge has clearly sent a wrong message to society. The whole purpose of sentencing is to act as a deterrent. This order will only embolden rich and powerful accused persons to tamper with court records.

The judge also failed to take into account antecedents of the Ansals while sentencing. The Ansals are facing numerous criminal cases, a list of which was given to the court. It was brought to the notice of the court that the CMM had taken cognisance on February 27, 2021, of the fact that Sushil Ansal had given a false declaration to the passport authorities to renew his passport. He has been summoned under sections 420, 177, 181, 192 and 197 of the IPC and Section 12 of the Passport Act.

This is not the first time that the Uphaar victims have been let down by the courts. 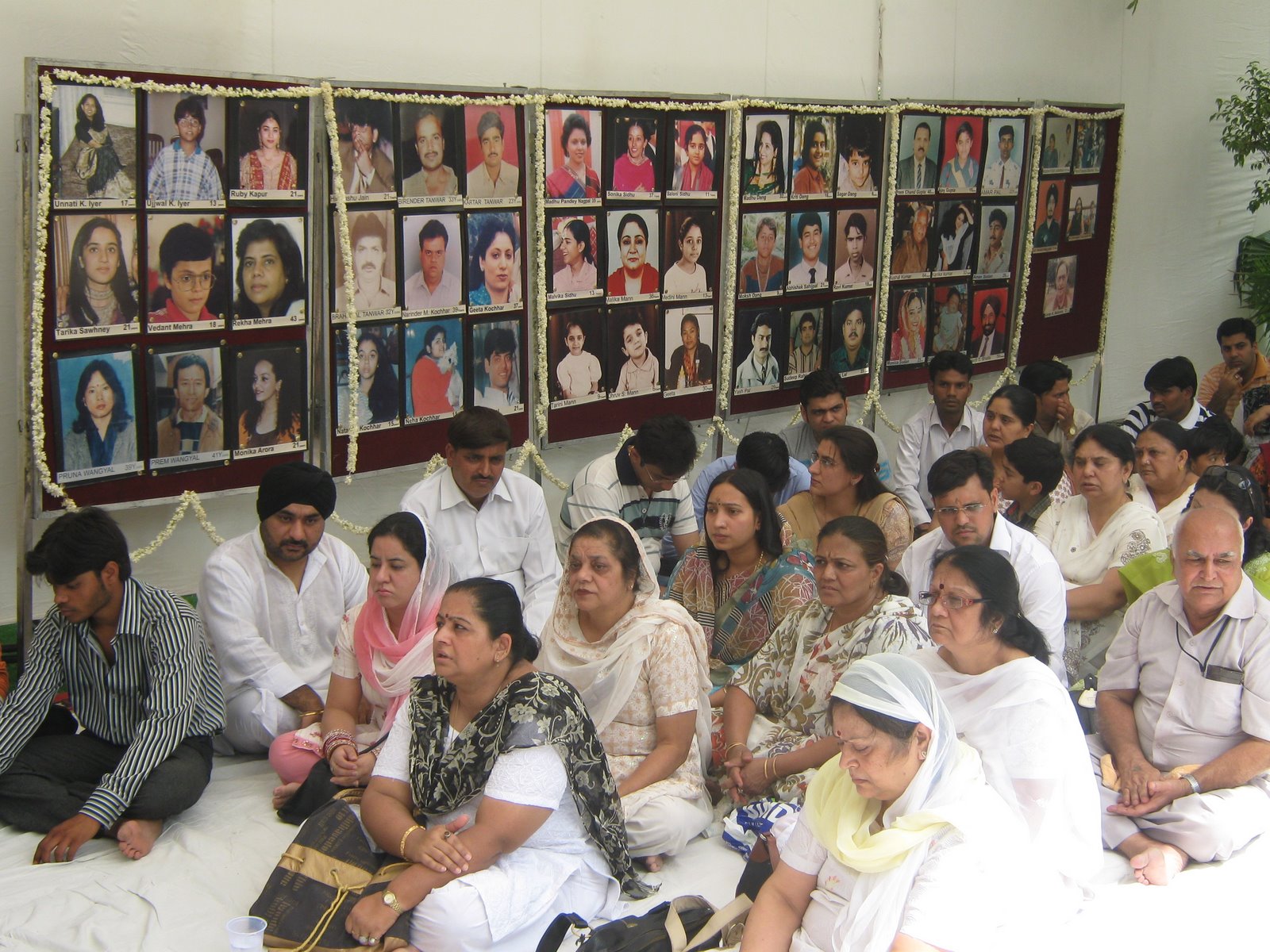 Earlier in August 2015, in the main Uphaar case, the Supreme Court had reduced the sentence of the Ansals to period undergone and allowed them to walk free after paying fine of Rs 60 crore to the Delhi government towards the construction of a trauma centre.

I can only urge readers, law-makers, policy makers, and even law-breakers and criminal-supporters to pay heed to the words of several legal luminaries whose opinions and statements cannot be brushed aside as mine often are, by saying that I am maddened by my grief, or that I am a vendetta-seeking grieving mother.

Just the other day it was CJI Ramana who is reported to have said, “Denial of justice would lead to anarchy”. Surely, he is neither maddened by grief nor blind to the rights of all citizens, including victims and convicts.

Do not let anarchy overthrow the course of justice, not for my sake or the sake of my deceased children, but for your own good and for the greater good of our country.

Neelam Krishnamoorthy is president of the Association of the Victims of Uphaar Tragedy.