E. Tendayi Achiume said she would like to assist the court by offering her expertise on "the issue of State parties’ obligations under international law with regard to the prevention of racial discrimination”. 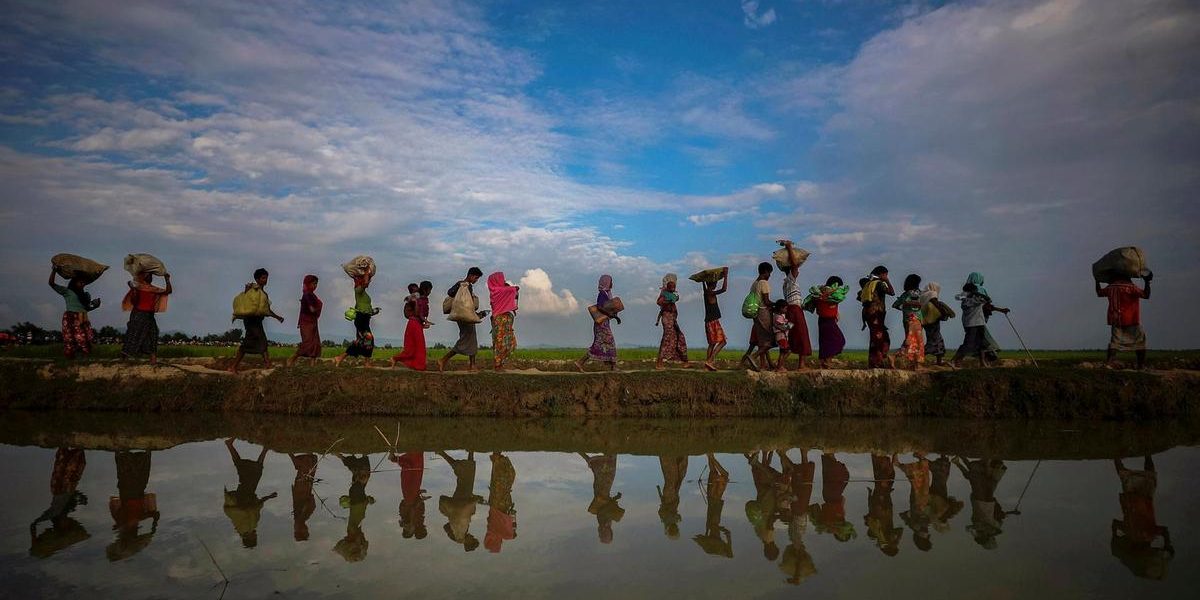 New Delhi: A UN-appointed expert has filed an application in the Supreme Court’s ongoing hearing challenging the deportation of Rohingyas from India, seeking permission to assist on the issue of states’ obligations under international law.

The Supreme Court is currently hearing a petition filed in 2017 against the Indian government’s plan to deport all Rohingya Muslims, estimated to be around 40,000, back to Myanmar.

On January 10, the UN special rapporteur on contemporary forms of racism, racial discrimination, xenophobia and related intolerance E. Tendayi Achiume filed an application seeking to intervene in the ongoing case, which is being heard by a three-judge bench headed by Chief Justice S.A. Bobde.

Achiume, who is also a professor at University of California, Los Angeles (UCLA) School of Law, said that the aim of her intervention was “to assist the court by offering her expertise and experience on the issue of State parties’ obligations under international law with regard to the prevention of racial discrimination”.

She described herself as being “uniquely qualified” to make a submission before the court on India’s international law and treaty obligations in relation to the deportation of Rohingya refugees from India, particular in the context of International Convention on the Elimination of All Forms of Racial Discrimination (ICERD).

‘Make submissions in the spirit of an amicus curiae’

“While not appointed by the Hon’ble Court, the Applicant seeks to make these submissions in the spirit of an amicus curiae so as to aid the court in upholding India’s obligations under various international law instruments and principles to which it has committed,” said the application filed through her lawyer, Anjana Chandrashekhar.

In her written submission, Achiume said that there was “extensive evidence that the Myanmar fovernment has perpetrated crimes against humanity”.

The UN’s most recent figures estimate the number of Rohingya refugees at more than a million. The majority of these refugees, in excess of 900,000, are currently in Bangladesh, while India, as per government estimates, hosts around 40,000.

She noted that the United Nations had referred to Myanmar’s treatment of Rohingyas as a “textbook example of ethnic cleansing”. According to estimates, more than 24,000 Rohingyas have been killed by Myanmar state over the past two years, added

Achiume said, “Vast numbers of Rohingyas have attempted to flee the certainty of death, rape, torture, cruel and inhuman treatment, and other forms of violence.”

The UN expert contended that until Myanmar stops atrocities against Rohingyas and ensures their safety and dignity, “return of Rohingya to Myanmar will violate the principles of non-refoulement”.

Non-refoulement is a concept in international law that prevents a country from returning a person to a place where they could be at risk of persecution.

“In light of the above, the decision of the Ministry of Home Affairs to detect and deport Rohingyas residing in India, raises critical issues as to its compatibility with these instruments and principles of international human rights law; as well as the degree to which it infringes upon essential human rights including those pertaining to racial equality and freedom from racial discrimination,” asserts Achiume in her submission.

“These obligations further require India not to discriminate on the basis of national origin. In the context of residency, citizenship, asylum, refugee status, and deportation, India’s ICERD and ICCPR commitments require it to ensure policies that satisfy principles of racial equality,” she submitted to the Supreme Court.

“Racial equality-based human rights obligations” require India to ensure that all non-nationals, regardless of origin or “criminal entry” enjoy “equal due process in residency, citizenship, asylum, and deportation decision-making”.

That is, India has to ensure that its “non-refoulement evaluations are free from racial discrimination and that racial inequalities in these decisions do not arise directly or indirectly”.

The UN expert stated that even though India has not ratified the Convention Against Torture (CAT) or the Refugee conventions, the “principle of non-refoulement is a peremptory international law norm”. The International Court of Justice had also ruled in a 2012 judgement, she added, that “prohibition on refoulement to torture or other cruel, inhuman, or degrading treatment (CIDT) or deprivation of life has achieved peremptory norm status”.

In her application, Achiume stated that to ensure that each individual receives protection against refoulement, India was obliged to not only stop mass expulsion but also carry out due process evaluation whether a person was likely to face atrocities or death in the receiving state.

“In conclusion, the Applicant submits that India’s mass deportation order of Rohingya, like all mass deportation orders, is impermissible under international human rights law. India must ensure that Rohingya in India enjoy equality before the law and equal access to judicial remedies and individualized forms of due process,” wrote the UN special rapporteur.