The process of nominating unelected chief ministers to prevent their resignations subverts the legislative intent behind having nominated members. 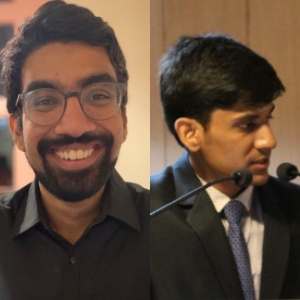 The Maharashtra cabinet, on April 9, unanimously resolved to recommend to governor Bhagat Singh Koshyari that chief minister Uddhav Thackeray be nominated to the legislative council.

This recommendation comes on the heels of news that elections to nine seats of the legislative council, scheduled to take place on April 24, were being postponed by the Election Commission of India against the backdrop of the outbreak of coronavirus.

Why is it important for Thackeray to be nominated?

According to Article 164(4) of the constitution of India, a minister who is not a member of the state legislature for a period of six consecutive months ceases to be a minister after this period ends.

This provision applies to chief ministers as well. Uddhav Thackeray took oath as the chief minister on November 28, 2019, and the period of six months ends on May 27, 2020. Maharashtra is one of the few states in the country which has a bicameral legislature or two houses of the legislature.

Ordinarily, in such circumstances, chief ministers are elected to the legislative council as was done in the case of Yogi Adityanath in Uttar Pradesh and even Prithviraj Chavan in Maharashtra. This is because elections to the legislative assembly create uncertainties and require a sitting MLA to resign, besides the time that the Election Commission takes to conduct by-elections.

Therefore, in order to continue as the chief minister of Maharashtra, Thackeray must become a member of the legislative council, before May 27 in order to avoid the resignation of the entire council of ministers leading to a constitutional crisis in the state worst-hit by the novel coronavirus.

What is the governor’s power to nominate members to the legislative council?

Membership to the legislative council of a state is by way of a pre-determined formula: one-third of its members are to be elected by local authorities, one-twelfth to be elected by graduates, one-twelfth by teachers, one-third by members of the legislative assembly and the remaining are to be nominated by the governor. This scheme is neatly laid down in Article 171(3). As per Article 171(5), the governor’s nominees shall consist of persons having special knowledge or practical experience in the matters of literature, science, art, co-operative movement and social service.

First, whether the governor exercises this power to nominate by way of discretion or the decision of the council of ministers has to be followed; second, whether this manner of ‘backdoor entry’ for ministers or chief ministers is appropriate, and third, whether courts can intervene and declare such nomination – of career politicians – as illegal.

The affairs of a state are carried out in the name of the governor of the state who is the nominee of the Union government and acts as a bridge between the state government and the Union government. Article 163(1) requires a governor to act on the aid and advise of the council of ministers, except for where the governor is specifically required, according to the constitution, to exercise discretion in carrying out their functions.

The landmark decision of Rameshwar Prasad v. Union of India reiterates the importance of the aid and advise of the council of ministers guiding a governor’s actions. As is clear from the constituent assembly debates, this provision was to ensure that there do not exist two centres of power. Article 171(3)(e), under which the governor is granted the power to nominate members to the legislative council, does not grant any discretion to the governor in the exercise of this power.

Hence, the governor will have to follow the aid and advise of the council of ministers. This question was also raised in Vidyasagar Singh v. Krishna Vallabh Sahay before the Patna high court in 1964, as well as in V. Venkateshwar Rao v. Government of Andhra Pradesh before the Andhra Pradesh high court (as it was known then) in 2012.

In both these cases, the court held that the governor was bound to follow the aid and advise of the council of ministers. However, the governor is not required to act in a time-bound manner and therefore can stall the nomination process. Previously, in Maharashtra, the council of ministers recommended that two NCP politicians be nominated to the legislative council, but the nominations have not been notified yet since the term of the nominated members ends in June.

The purpose of giving the power to the governor to nominate members to the legislative council is to bring to the floor of the house, and therefore to deliberations that are carried out therein, expertise from different fields. The power of nomination, therefore, is intended to allow experts to become members of the house, despite their disinterest in electoral politics. Upper houses (Rajya Sabha and legislative councils) are meant to act as houses of moderation, checking the impulses of the lower houses (Lok Sabha and legislative assemblies) in enacting legislation and carefully scrutinising bills sought to be turned into laws.

Nominated members, who are largely apolitical beings, are expected to add to this balance to the house, and enrich legislative debates and inputs by contributing their own subject-specific expertise to law-making. If that is the legislative intent behind having nominated members, then using this route to nominate a sitting chief minister only to ensure that they do not have to resign, amounts to blatant misuse of the constitutional provisions and defeats the intent of the framers of the constitution.

Also read: The Constitutional Puppet on a String

Although there is no bar on nominated members becoming ministers, one would expect that their ministership would be on the basis of their expertise in the field. However, purported ‘practical experience’ in the field of social service (as is the justification for most career politicians’ nominations) does not serve the purpose of having this provision in the constitution, as already mentioned above, the intent is to enrich the quality of legislative debates and consequent enactments by bringing to the house, inputs of those from outside the field of politics.

To argue that career politicians are also eligible for nomination under Article 171(3)(e), renders such provision redundant. One might claim that Uddhav Thackeray is a talented photographer, yet the purpose of nominating him to the legislative council is not to avail of his great experience and expertise in the field of photography but to merely ensure that he does not lose his chief ministership. Therefore, this is a clear misapplication of the constitutional provisions, especially when there the six-month period ends only almost one month hence.

However, despite this, courts have refused to intervene in nominations which may be politically coloured because of two reasons – that it is a political question, and that the governor has immunity against any action undertaken or purported to be undertaken in furtherance of his constitutional duties. The doctrine of political question dictates that ordinarily, courts should restrict their sphere to resolving legal questions since it is not the best placed to solve political questions.

Accordingly, the Allahabad high court in Har Sharan Varma v. Chandra Bhan Gupta refused to intervene in a situation similar to the current one. In that case, the chief minister was not a member of the legislative assembly when he took his oath and failed to get elected to the legislative council in the six months’ period and was nominated to the legislative council by the governor. The court had made some scathing criticisms on the backdoor route taken for the chief minister to save his government, but refused to intervene, deeming the use of Article 171(3)(e) in this manner to be a political question.

Article 361 gives immunity to governors from being answerable to any court for the exercise and performance of the duties of the office. Although, in cases pertaining to the exercise of discretion by the governor, courts have intervened and established standards for scrutiny of these acts, high courts have refused to intervene in cases of nomination of members to the legislative council.

In V. Venkateshwar Rao, the former Andhra Pradesh high court, while dealing with a challenge to a nomination to the legislative council, held that the governor’s actions to nominate members based on the aid and advise of the council of ministers were immune to challenge by virtue of Article 361, affirming the Patna high court decision in Vidyasagar Singh v. Krishna Vallabh Sahay.

The Patna high court’s decision even stated that courts cannot deal with the factual question of whether or not a nominated member had the ‘special knowledge’ or ‘practical experience’ required under Article 171(5). The court cannot question the validity of the nominations even when it was a case of a wrong choice, the governor was misinformed about the qualifications or the decision was erroneous.

According to Section 151A read with Section 151 of the Representation of People Act 1951, the time limit to fill up a vacant seat in the legislative council is within six months from the occurrence of the vacancy. The by-election can be conducted only when the remainder of the term of such member is one or more than one year. However, this provision is applicable only in the case of by-elections to seats vacated by elected members and not in the case of members nominated by the governor. Nevertheless, the convention is that if less than a year of the term of members of the legislative council is left, the governor may not nominate a person to the council. 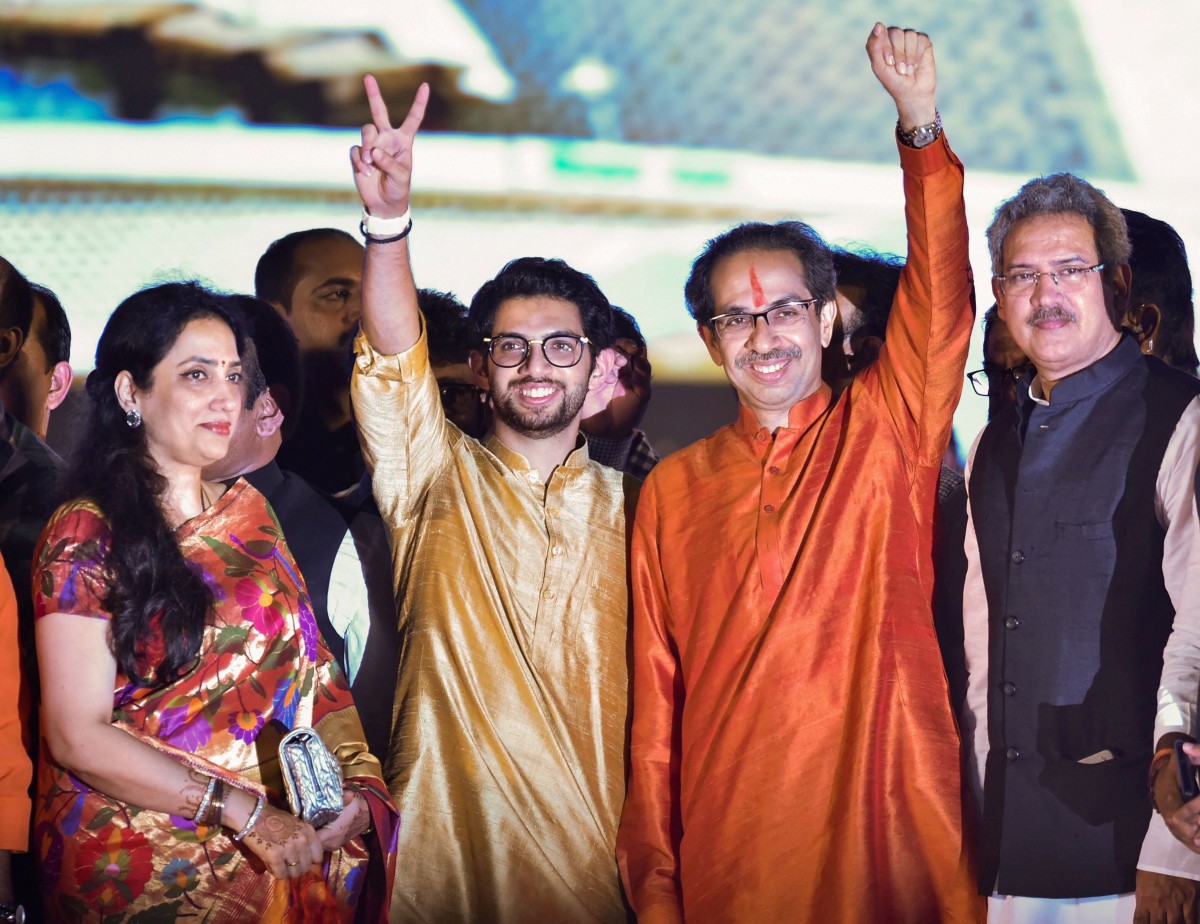 Uddhav Thackeray and his son Aaditya Thackeray (L) at his swearing in. Photo: PTI/Mitesh Bhuvad

Therefore, as per the current jurisprudence on the point, courts are unlikely to intervene in any legal challenge to Uddhav Thackeray’s nomination to the legislative council. Nevertheless, the Supreme Court has not ruled on the matter, and to that extent the decisions of high courts mentioned above shall not be binding on the Bombay high court under whose jurisdiction the question may lie.

Is there any alternative?

It is a given that in ordinary circumstances, Uddhav Thackeray would have been elected to the Legislative Council and this route would not have been required to be availed. The only other alternative to the nomination is for Thackeray to resign and take the oath again. However, the Supreme Court had, in 2001 in S. R. Chaudhari v. State of Punjab, ruled that resignation in between two periods of ministership without being a member of the legislature was unconstitutional and the subsequent appointment as minister would be subversive to parliamentary democracy. In light of this decision, it would be a risky proposition for Thackeray to resign and take the oath again.

In this emergency-like situation, a nomination to the legislative council may perhaps be the least risky alternative.

However, the governor is not bound to act in a timely manner with respect to nominations. Further, Koshyari may claim support of the convention as mentioned above to not nominate Uddhav Thackeray since the term of nominated members ends on June 6 this year.

The urgency of the recommendation by the council of ministers is surprising. Almost a month out of the six months available for Uddhav Thackeray to become a member of either house is remaining. The purpose of the provision for nominated members was not to provide a backdoor entry to politicians who have not gotten elected to either of the houses. The will of the people should not be subordinated to political expediency. Any kind of challenge to the decision is likely to be dismissed by the court, however, this decision comes at a cost of abandoning the spirit of representative democracy.