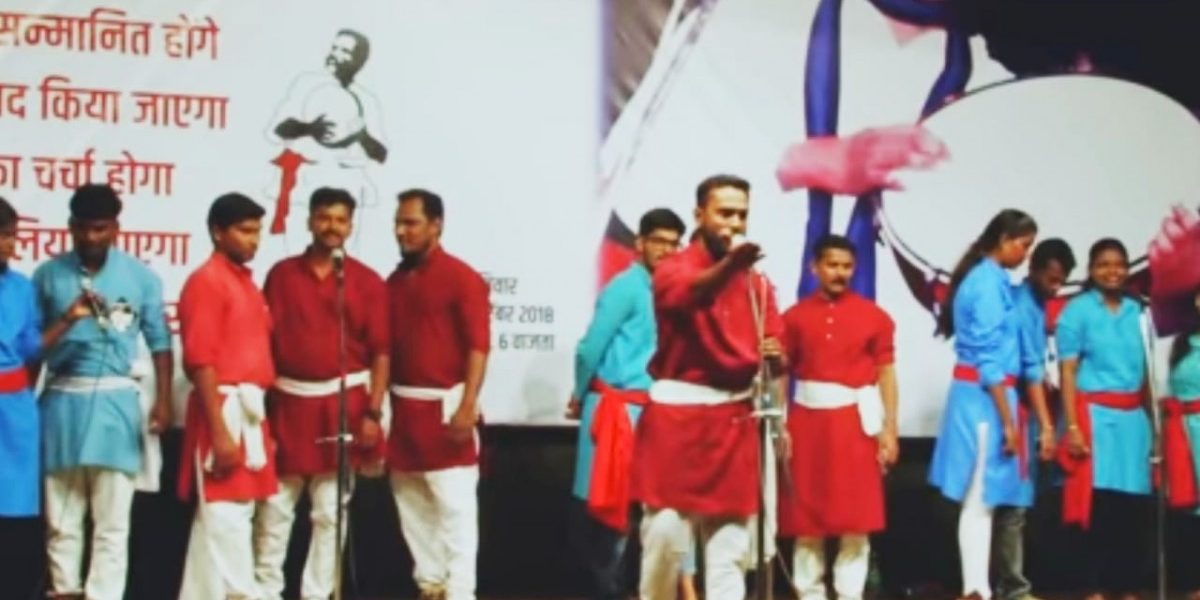 Mumbai: In 2014, the then Bhartiya Janata Party (BJP) MP A.T. Nana Patil asked in an unstarred question in the Lok Sabha if “the Naxalites ensconced in deep forests have started spreading their wings throughout the country by forming front organisations”. In his response, on February 18, 2014, Congress leader and the then minister of state in the Ministry of Home Affairs R.P.N. Singh said, “The CPI (Maoist) underground cadres shift to softer areas including urban areas looking for safe hideouts. On such occasions, the overground front organisations provide safe hideouts to armed cadres.”

Along with this response, Singh also annexed a list of 74 organisations which he said were active as “frontal organisations” in 16 states. From Maharashtra, among seven others, the Kabir Kala Manch (KKM) was named as one such front of the banned CPI (Maoist).

Alarmingly, neither Singh’s response, nor for that matter the Unlawful Activities (Prevention) Activities (UAPA) Act – under which organisations are banned or branded – defines what a “front organisation” is, or what makes an organisation a “front” of a banned unlawful or terrorist group.

KKM – a 20-year-old cultural troupe with an anti-caste legacy – was first named in a criminal case in 2011, when the Maharashtra Anti-Terrorism Squad (ATS) arrested several individuals for their alleged link with the banned Maoist group. KKM members were first arrested in 2013 and after remaining incarcerated for close to four years, were finally released on bail in early 2017. The slow-paced trial in the case has since continued in the Mumbai sessions court, which has so far only recorded a meagre 20 panch witness statements.

In the nine years since KKM was first criminalised, neither the state government nor the Centre have made any efforts to notify the organisation as either a banned organisation or an unlawful association, a process laid down in the UAPA. Since the trial has dragged on and there is no “ban” on the organisation, KKM artists have continued to perform at different public events and platforms and pretty much all their activities have been in the public domain. Their songs, critical of the state’s functioning, have been recorded and circulated openly.

However, in the wake of the recent arrest of three KKM activists – Sagar Gorkhe, Ramesh Gaichor and Jyoti Jagtap – in the ongoing Elgar Parishad investigations, two questions arise: If they were a front organisation, have law enforcers stopped them from engaging in public activities? And has a gazette notification ever been issued by the Central government to declare them as a front for a banned organisation? The answer to both is no.

But these procedures specify that the state machinery has to provide evidence before special tribunals headed by a high court judge to continue with the ban. Legal scholars say just to avoid due process, state agencies merely stop at calling an organisation a front. After all, both serve the same purpose.

Rights experts have from time to time pointed out that the mere terming of any organisation as a “front” or a “formation” or an “off-shoot” of a banned organisation allows the state machinery to target individuals and organisations and brand them ‘unlawful’ without really having to go through the laborious process of getting them notified as per the law. And the “black hole” in the law, they say, is retained with the very intention to misuse.

Harsh Bora, a criminal lawyer practising in Delhi and who has been handling several cases under UAPA says, “The flexibility for misuse is built into the law. UAPA can be used for anti-terror prosecutions, as it has been done in India, and that is the reasoning given for its draconian provisions. But the law is built in such a way that the government conveniently uses it for false, politically motivated, and anti-dissent prosecutions.”

He says there are enough examples to show how the government has misused the law. “Just in Chhattisgarh, you would find hundreds of cases where youngsters from Adivasi communities have been booked and thrown in prisons for years. In almost 90% of these cases, the prosecution fails to prove the allegations before the court. But by then, the accused have already spent years in jail,” Bora says.

The government has claimed that front organisations have been used to “facilitate procurement of supplies etc. to the Maoist war machinery”. These organisations, according to the MHA, have also initiated legal action on various issues to slow down the enforcement regime. “They are also adept at dissemination of propaganda and disinformation to demonize the state and the security forces,” the ministry claims.

These allegations were made against KKM in the past case and in fact, against every ‘front organisation’ or persons accused of being a part of such organisations.

Take the case of G.N. Saibaba, a Delhi University professor who is serving a life sentence in the Nagpur Central Prison and is alleged to be part of one such front organisation, the Revolutionary Democratic Front (RDF). Legal scholar Sharanya Shivaraman, in her article ‘The UAPA – some interpretive issues’, points out that there is no provision in the law to declare an organisation as a front for a banned group.

The sessions court in Maharashtra, however, still convicted Saibaba and declared the RDF as a front for the banned Maoist organisation. Shivaraman points out that it is uncertain where the sessions court derived this power, since there is no gazette notification to this effect by the Central government. Interestingly, the RDF has been banned in Andhra Pradesh and Odisha but not in Maharashtra.

Gautam Bhatia, a Delhi-based lawyer and author, while examining the sessions court’s order in the Saibaba case, says “The UAPA, takes us into the shadowy, McCarthyist world of banned organisations and ‘fronts’ of banned organisations, ‘membership’ and ‘association’ (even a ‘profession’ of association), ‘support’ and ‘inviting support’.” The law, he says, does not define what a “front organisation” is, or what makes an organisation a “front” of a banned unlawful or terrorist group.

‘Procedure is meant to be the punishment’

When compared to other laws, the conviction rate under the UAPA is abysmally low. But the rate of pre-trial detention is dramatically higher than under any other law. “That is the idea of this law,” legal researcher Vipul Kumar points out. “The procedure itself is meant to be a punishment. The agencies term an individual or a group of people as being a part of a front of a scheduled terrorist organisation and that is enough ground to seek custody. Once arrested, the person is bound to be behind bars at the least for six months,” Vipul points out.

To keep someone in custody, the agencies are not required to provide evidence to support the claim that the person or organisation is a front of a banned organisation. Proving that is a part of the trial. Irrespective of whether the claim is proved or not, the arrested individual has spent substantial time in jail.

Also Read: Allowing the State to Designate Someone as a ‘Terrorist’ Without Trial is Dangerous

Bora adds that the inordinate delay in the trial is one of the “signature characteristics of any UAPA case”. The pre-chargesheet detention can go up to six months under UAPA and getting bail is near impossible. “The prosecution is fully aware that proving these cases is difficult and the acquittal rate is also very high. So, they intentionally drag the cases for a very long time,” Bora says. He further notes that the law is rarely used to conduct effective and efficient prosecutions with the idea to convict a terrorist. “Instead, it is used for oblique purposes of putting people behind bars,” observes Bora.