Why is the Modi government not showing the same support for criminalising marital rape as it did with outlawing triple talaq. After all, gender violence is not religion, class or caste specific. 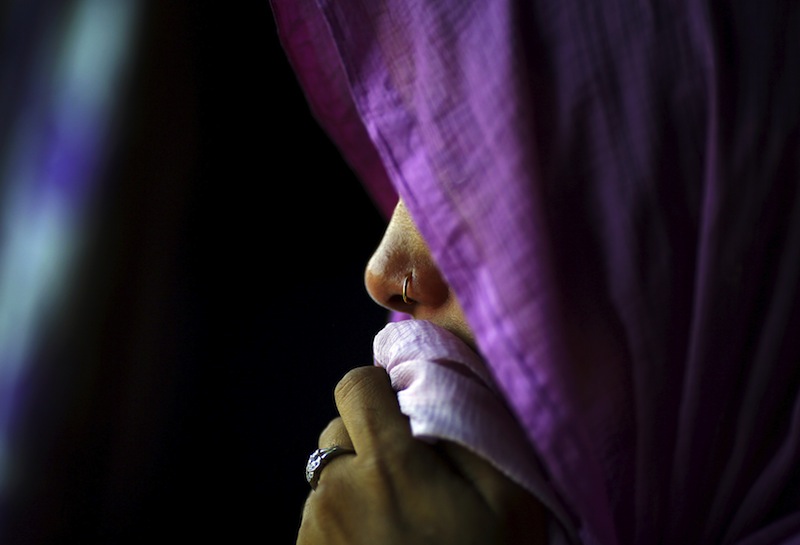 The Modi government has argued against criminalising marital rape saying it will "destabilise the institution of marriage" and could become an "easy tool to harass husbands". Credit: Reuters

A week is a long time in politics. If there were ever any doubt about this, the government’s contradictory positions on gender justice over the span of seven days between August 22 and August 29 have laid them to rest.

On August 22, women all over India celebrated the Supreme Court’s verdict declaring triple talaq illegal and a violation of their fundamental rights. A petition filed by victims of this practice in the courts was backed vocally by the current government; the prime minister, no less, railed against the injustice of triple talaq.

When the Supreme Court verdict came, the government celebrated, rightly, along with the women it had spoken on behalf of. After all, the Supreme Court’s verdict in 1986 in the Shah Bano case – when the country’s top court had granted maintenance to a divorced Muslim woman – was overturned by the Rajiv Gandhi government to appease and garner votes from the Muslim community, after their men had objected to what they called interference in personal laws. Communal vote bank politics ended up taking Muslim womens’ rights a monumental step back at the time. Even though Sharia law doesn’t recognise triple talaq – something the courts recognised in their verdict last week – their pleas had fallen on a deaf Congress back then. The BJP’s celebration of the Supreme Court verdict last week was as much about politics and hitting back at the Congress for its appeasement of Muslims 30 years ago, as it was about women’s rights, if not more.

Fast forward to August 29. The same lawyers for the same government, which made gender justice a stated goal in the context of abolishing triple talaq, made a U-turn. While Muslim women need protection from their Muslim husbands who’ve been accustomed to the privileges of throwing them out by just speaking a word three times, all women in general don’t seem to warrant the same concern or protection, or so this government believes.

On August 29, the Central government argued against criminalising marital rape, saying doing so would “destabilise the institution of marriage” and could become an “easy tool to harass husbands”. Worse, they made the case that marital rape is open to interpretation, meaning, what may appear to be marital rape to the woman, may not appear so “to others” – whoever those others may be – including, of course, the poor, harassed husband. To drive its case further, the government’s lawyers cited what they called the growing misuse of the dowry law (Section 498A of the Indian Penal Code) by women. Here, statistics are clearly inconvenient for the government. The National Crime Records Bureau recorded a total of 7,634 dowry deaths from around the country in 2015. The conviction rate is 34.7%. In Delhi, right under the government’s nose, the Delhi police’s crime against women cell recorded one dowry death every two days over a two month period between January and March 2016 – 26 deaths in all, and 438 cases of cruelty by the husband and in-laws.

The brutal rape of Jyoti Singh (Nirbhaya) in December 2012 led to a revamping of laws that dealt with rape and sexual violence against women. The Justice Verma committee, tasked with the drafting, recommended removing the exception for marital rape. Clearly the opposition to criminalising it is non-partisan. This week, this government’s lawyers argued for the need to increase moral and social awareness to deal with marital rape, and said that it would be unfair to rest all the burden of proof on the husband. Leave aside the minor fact that 51 countries, including the UK – on the basis of whose system our penal code has been drafted – have criminalised marital rape. With Section 375, which criminalises rape, making an exception for marital rape, and no other law giving wives recourse to justice, there’s very little the Protection of Women from Domestic Violence Act of 2005 can do.

Given these statistics and the apparent contradictions in the government’s position, I would like the ask the prime minister, who has so eloquently led the fight for Muslim women and spoken out against triple talaq, why is he so hesitant to be as forthcoming in support to women who are victims of marital rape? Is it because only Muslim women need his protection? Is it because non-Muslim husbands can do no wrong at all? Gender violence is not religion specific. It is not class or caste specific. Patriarchy is universal, and it takes away a woman’s agency over her body and her mind. Such violence is not restricted to being committed by strangers or only outside the home. Honour killings and marital rape are two sides of the same coin. While there may well be the odd exception to the rule, as the government’s lawyers have argued, we all know it is far from easy for women to come forward and speak out. It is far from easy to approach law enforcement, which first questions the woman to determine whether she invited the violence upon herself and then documents graphic details of the sexual violence. It is far from easy to place hope in a system where the odds are stacked against women, where simply coming forward is an act of immense courage.

So, Mr prime minister, please speak out for all of us, and ask your government’s lawyers to do the same. Tell us all that your commitment to gender justice is aimed at ensuring that all India’s women are governed by the same protections, irrespective of faith, class or marital status.

Maya Mirchandani is a journalist, a senior fellow at the Observer Research Foundation and adjunct professor at OP Jindal Global University.