The AAP leader's counsel has said the ED's application – which Jain's team has maintained came towards the end of bail arguments – is illegal. 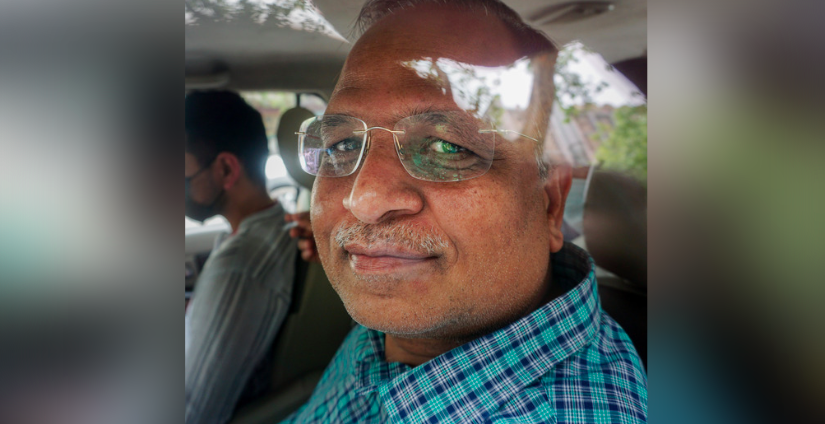 New Delhi: Aam Aadmi Party leader and Delhi minister Satyendar Jain has approached the Delhi high court challenging a trial court’s order to transfer the money laundering case against him to another judge.

Hours after the trial court’s order, the plea was mentioned for urgent listing before a bench of Chief Justice Satish Chandra Sharma and Justice Subramonium Prasad which allowed it for listing on Monday.

Senior advocate Rahul Mehra, appearing for Jain, said he was challenging the transfer of matter to another judge as it was illegal.

“The transfer (of case) was illegal,” Mehra said.

As the chief justice sought to know what was the urgency, the senior counsel said the trial court has kept it for hearing on Friday itself and the matter will be heard on a day-to-day basis.

Jain has challenged the order of a district judge who, during the day, allowed an application by the Enforcement Directorate (ED) seeking transfer of the money laundering case against Jain to another judge.

The agency, in its plea, has raised issues about bail arguments being heard by Special Judge Geetanjali Goel, who has frequently pulled up the ED over its investigation.

Jain’s bail application had, at that point, been heard for 40 days and counsels for Satyendar Jain, along with co-accused Vaibhav and Ankush Jain, had expressed surprise at the ED’s move, noting that arguments were nearing the end.

Jain’s bail plea is posted for hearing on Friday before special judge Dhull.

Earlier on September 19, the district judge had stayed the trial court’s proceedings before special judge Goel and posted the matter on September 30.

It had also issued notice to Jain and other co-accused in the case on the ED’s application seeking transfer of the case to another judge.

Challenging the trial court’s order, Jain moved the Supreme Court, which on September 21 directed the district judge to decide the agency’s application for transfer expeditiously by September 22.

On Thursday, the district judge reserved its order on the ED’s application.

The ED had arrested Jain and two others in the money laundering case based on a Central Bureau of Investigation (CBI) FIR lodged against the AAP leader in 2017 under the Prevention of Corruption Act.

AAP has repeatedly claimed that Jain had been arrested in an effort by the Bharatiya Janata Party to curtail AAP’s campaigns ahead of the Himachal Pradesh election. Jain was the party’s in-charge for the polls.