After Justice Shakhder from Delhi, Justice Thipsay of the Bombay high court becomes the second senior judge to be transferred to another court just a year before his retirement. 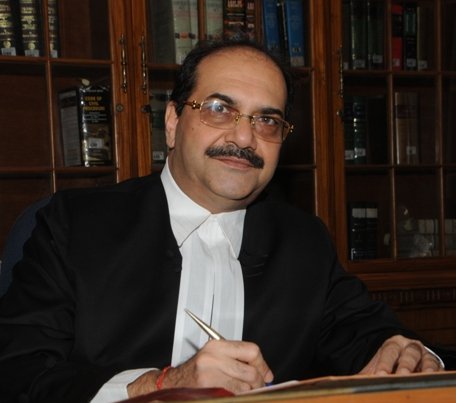 The nationwide shortage of judges is undermining the efficacy of the judiciary, an emotional Chief Justice T.S. Thakur observed on Sunday, but the manner in which the Supreme Court collegium he heads has been using its powers of transfer is not exactly helping the matter.

Justice Abhay Mahadeo Thipsay of the Bombay high court, who is retiring on March 9 next year, has been transferred to the Allahabad high court, despite his refusing consent to the transfer twice, according to reliable sources. Left with no option, Justice Thipsay, who has a distinguished record as a Magistrate, Sessions Court judge and Judge of the High Court, and is held in high esteem by the lawyers practicing in Bombay, is taking oath as Judge in Allahabad high court on May 2. Justice Thipsay’s transfer is the second instance after the Supreme Court’s judgment in the NJAC case, which has led to misgivings about the Collegium’s commitment to principles of independence, fairness, natural justice and transparency, while transferring Judges.

Earlier, Justice Rajiv Shakdher’s transfer from Delhi high court to Madras high court was opposed by a group of five senior advocates including Soli J. Sorabjee, Fali S.Nariman and K.K. Venugopal. They submitted a joint memorandum to the collegium to recall its recommendation to transfer him, who they described as an honest and outstanding judge.

According to sources, Justice Shakdher’s judgment in March 2015 setting aside the Centre’s lookout notice against Greenpeace activist Priya Pillai, a notice that had led her to being offloaded from a London-bound flight, could have been a factor behind the decision to transfer him and the Collegium’s refusal to reconsider it.

But it does indeed raise questions of propriety as the collegium’s reasons for transferring him, despite his refusal to it, are not known to the public. The decision to transfer him, when he has less than a year to go before he retires, clearly borders on vindictiveness. It is not known whether the collegium has formally sounded Justice Thipsay about the reasons for the transfer and sought his response to them. Justice Thipsay deserved this courtesy, in view of his distinguished record as a judge.

In this light of the matter, Justice Thipsay’s transfer is especially distressing as it comes close on the heels of the judiciary asserting its independence, with the quashing of the National Judicial Appointments Commission Act (NJAC), last year, and the revival of the collegium system to recommend appointment and transfer of Judges of Higher Judiciary.

Justice Thipsay’s transfer has given rise to apprehensions that post-NJAC, rather than continue to assert its independence vis-à-vis the Executive, the Judiciary may have begun to collude with the Executive, and do the latter’s bidding.

Justice Thipsay was first appointed as an Additional Judge of the Bombay high court on March 17, 2011, and became a permanent judge in the same court on December 16, 2013. Between 1997 and 2008, he was a Judge of the Bombay City Civil and Sessions Court and a Judge of the Special Court under MCOCA Act. He is known as one of Bombay High Court’s best criminal judges. His Annual Confidential Reports, right from the time he was a magistrate, are impeccable, say sources.

The popular perception in the high court is that Justice Thipsay was transferred because some of his judgements in high profile cases went against the government. Granting of bail to alleged hawala operator Hasan Ali Khan was one such case. Justice Thipsay had granted bail to Khan in 2011 and in 2015 in different cases. In 2011, his grant of bail was set aside by the Supreme Court. This made him to recuse himself from hearing Khan’s  bail plea on fresh grounds in 2014.

In 2015, Justice Thipsay granted bail to Khan in a case involving non-filing of income-tax returns for a few years on the ground that it was a bailable offence, and that he had been behind bars for over three years for the same. Khan was already released on bail by other judges in cases involving far more serious offences like forgery of passports and money laundering.

Justice Thipsay’s grant of bail to actor Salman Khan in the 2002 hit-and-run case in May 2015 was another controversial decision which made headlines. The justification then was that normally when an appeal against conviction is admitted and the sentence is under seven years, it is suspended and bail has to be granted pending hearing of the appeal which will otherwise be rendered pointless.

In 2006, as judge of the Mumbai sessions court Justice Thipsay had imposed life sentences on nine of the 21 accused in the Best Bakery riot case during the 2002 Gujarat carnage.

Judge Thipsay also granted bail to an undertrial in the Aurangabad arms haul case where the evidence did not reveal his involvement in the offence.

Another notable decision of Justice Thipsay was his direction to disclose call records of the accused in the 2006 serial train blasts case in Mumbai. The prosecution claimed that the records were destroyed. The defence, however, argued that if the records were crucial as evidence against the accused, it would be reasonable to expect the police to preserve it. In all these cases, the government had strongly opposed Justice Thipsay’s orders.

In the Second Judges case (1993), the Supreme Court’s nine-Judge bench had held that the power of transfer of judges could be exercised only in ‘public interest’, that is, for promoting better administration of justice throughout the country.

It was held in that case that any transfer in accordance with the recommendation of the Chief Justice of India could not be treated as punitive or an erosion in the independence of judiciary. It was also held that if the transfer of a judge on appointment as Chief Justice was not punitive, there was no occasion to treat the transfer of any other judge as punitive. Hence, the bench held that a transfer, made in accordance with the recommendation of the CJI, is not justiciable.

The bench added, however, that while a transfer effected in public interest could not be punitive, care must at all times be taken to ensure that in the guise of public interest, a high court judge is not being actually penalised.

It needs to be asked whether in Justice Thipsay’s case, the collegium took such care.

In retrospect, it appears that the majority judges of the constitution bench in the Second Judges case were over-optimistic about the merit of plurality in the process of decision-making. The majority held:

“The opinion of the Chief Justice of India formed in the manner indicated is sufficient safeguard and protection against any arbitrariness or bias, as well as any erosion of the independence of the judiciary….Except on the ground of a transfer being made without the recommendation of the CJI, these matters are not justiciable on any other ground, including that of bias, which in any case is excluded by the element of plurality in the process of decision making”.

In the Third Judges case (1998), another nine-Judge bench of the Supreme Court, held as follows:

“It is to our mind imperative, given the gravity involved in transferring high court Judges, that the CJI, should obtain the views of the Chief justice of the high court from which the proposed transfer is to be effected as also the Chief Justice of the High Court to which the transfer is to be effected…The Chief Justice of India should also take into account the views of one or more Supreme Court Judges who are in a position to provide material which would assist in the process of deciding whether or not a proposed transfer should take place. These views should be expressed in writing and should be considered by the CJI and the four seniormost puisne Judges of the Supreme Court. These views and those of each of the four seniormost puisne Judges should be conveyed to the Government of India along with the proposal of transfer. Unless the decision to transfer has been taken in the manner aforestated, it is not decisive and does not bind the Government of India. Wide based decision making such as this eliminates the possibility of bias or arbitrariness. By reason of such elimination the remedy of judicial review can legitimately be confined to a case where the transfer has been made or recommended without obtaining views and reaching the decision in the manner aforestated.”

The majority judgment in the Second Judges case requires that “the personal factors relating to the concerned Judge, and his response to the proposal, including his preference of places of transfer, should be taken into account by the CJI before forming his final opinion objectively, on the available material, in the public interest for better administration of justice”.

To this the bench in the Third Judges case added: “These factors, including the response of the High Court chief Justice or puisne Judge proposed to be transferred to the proposal to transfer him, should now be placed before the Collegium of the CJI and his first four puisne Judges to be taken into account by them before reaching a final conclusion on the proposal.”

It is true that the consent of the transferee judge is not mandatory for effecting the transfer. But in Justice Thipsay’s case, the sources say, his response was sought not once, but twice to the proposed transfer, and on both the occasions, he refused his consent to it. Therefore, the suspicion that the collegium might not have taken enough care to ensure that its decision was not perceived as punitive appears to be valid.

The consideration of his response by the collegium cannot be an empty formality. If his views are immaterial, the very idea of seeking his response to the transfer would indeed mean an empty formality. But in Justice Thipsay’s case, the fact that the collegium sought his consent twice, shows that it did not treat this as just a ritual, though the result of this exercise would suggest that.

In the case of Shakhder’s transfer, the senior advocates who wrote to the chief justice lamented the fact that the collegium did not follow the principles of transparency, and respect for the views of the judge they were planning to transfer, although his distinguished record as a Judge merited it.

Justice Shakdher will retire in 2024, and his abrupt transfer, without his consent, has eroded the collegium’s credibility.

Both Justice Shakdher and Justice Thipsey, according to sources, considered quitting to register their protest, but appear to have changed their minds later. They must have had valid reasons why they avoided the extreme step of resignation, just to demonstrate, as many of their well-wishers would have wished them to, their moral courage.

Whatever the reasons, these two transfers by the collegium, even if the other transfers were justified, have given rise to grave doubts about the validity of the proposition that plurality within the collegium is the effective guarantee against bias and arbitrariness.

It is time that the concept of public interest, interpreted as the better administration of judiciary, which is used to justify transfer of judges, be defined, rather than left to the whims and fancies of the Judges who comprise the collegium at any point.