On the same day, hearing the plea by Ravi, the Delhi high court observed that reporting by some media houses into her arrest has been sensational. 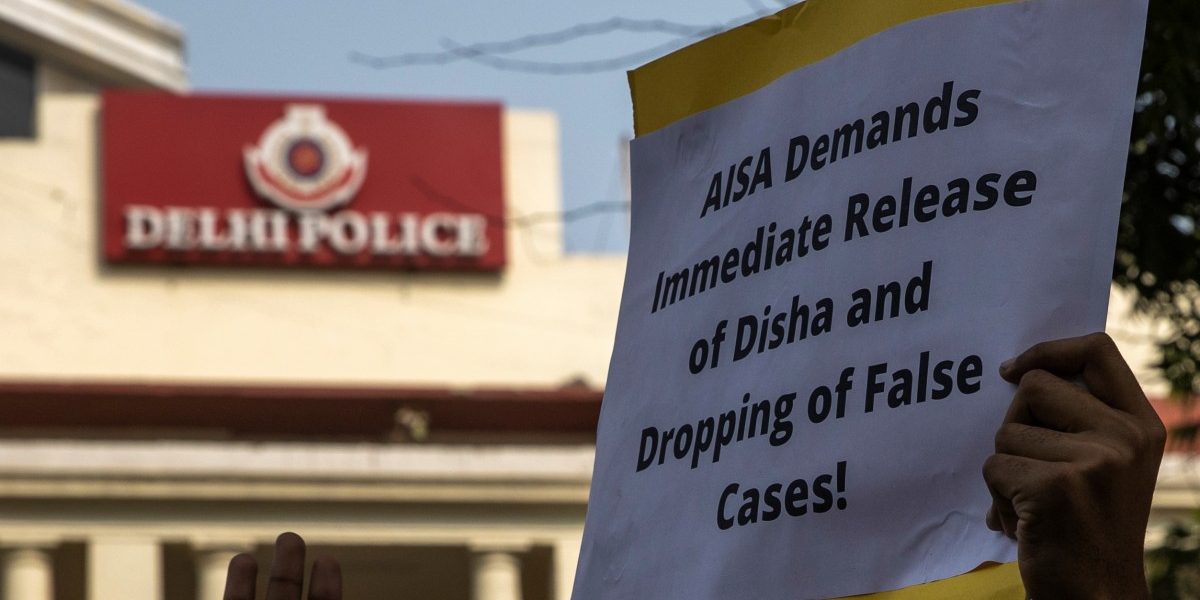 New Delhi: A Delhi court on Friday sent climate activist Disha Ravi, arrested for allegedly being involved in sharing a “toolkit” on social media related to the farmers’ protest, to three-day judicial custody.

Additional Chief Metropolitan Magistrate Akash Jain sent Ravi, 21, to jail after Delhi police produced her before the court on expiry of her five-day custodial interrogation.

Police said that her custodial interrogation was not required for the time being and it may seek to question her furhter once her co-accused Shantanu Mukul and Nikita Jacob join the interrogation. Mukul and Jacob have both obtained transit anticipatory bail in connection with the case.

The Delhi police has claimed that Ravi was “evasive during her previous interrogation and tried to shift the blame on the co-accused,” according to PTI.

Ravi had petitioned the Delhi high court alleging that Delhi Police had been leaking information on her investigation to media houses which had been running untrue coverage on her.

On the same day, hearing the plea by Ravi, the Delhi high court observed that reporting by some media houses into her arrest has been sensational and prejudicial and asked them to exercise caution when it comes to information.

The Delhi police has been investigating this ‘toolkit‘ – an online document supporting farmers, initially shared by Thunberg – positing it as tell-all evidence that proves a conspiracy behind the farmers’ protest. However, why this easily accessible document would amount to a conspiracy and sedition are unclear.