Haryana's rural masses, especially women and dalits, burdened as they are by indebtedness and inadequate government investment in education and sanitation, will henceforth run the risk of being disqualified from standing for local body elections. 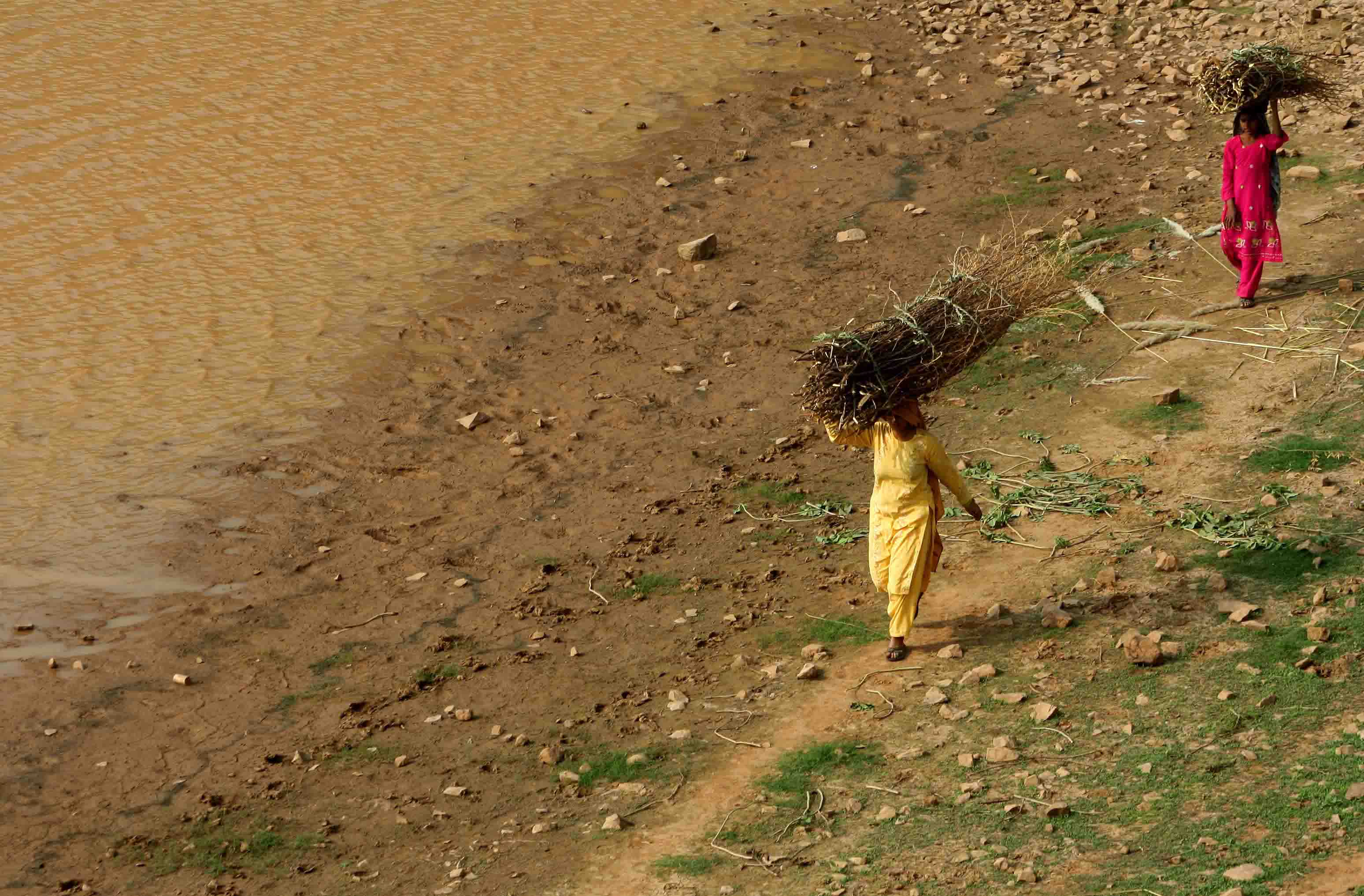 Soon after taking his oath of office Chief Justice TS Thakur addressed the growing national concern over majoritarian violence  by stating that as long as the Supreme Court was committed to “[upholding] the rule of law and protect[ing] the rights of all citizens …  and people from all creeds and religions” there is no need for fear in any section of society. Barely a week later, his assertion that the judiciary is capable of protecting the rights of all classes and communities has been made to sound hollow by his own fellow judges in their judgment on December 10 upholding a Haryana law that arbitrarily disqualifies a large section of poorer citizens from contesting local body elections.

A fuller study of the Supreme Court’s history will reveal that while it has been very active in expanding and deepening the socio-economic rights of citizens – which it was not intended to do and it is not well equipped to do either –  it has often failed to defend the civil and political rights of citizens as vigorously as it was intended to and is suitably equipped for. Its decision in Rajbala v State of Haryana is the latest in a long line of disappointing judgments, going back to the very first the Supreme Court ever delivered on fundamental rights, AK Gopalan v State of Madras.

Contrary to popular public opinion and its own self-perception, the Supreme Court’s claim to be a defender of civil liberties is tenuous at best and false at worst, with the most egregious example in the recent past being the Suresh Kumar Koushal judgment in which it re-criminalised homosexuality. This is also true of freedom of speech and expression, where the Supreme Court recently expanded the scope of restrictions that may be imposed under clause (2) of Article 19 to include insults to ‘historically respectable personalities’. In the same vein, the Supreme Court’s judgment in Rajbala is a blow to a most basic civil right – the right to vote and contest elections, and effectively disenfranchises a large section of the rural, female and lower caste population in Haryana and, by extension, the rest of India, should other states chose to follow Haryana’s example.

The law under challenge in Rajbala was introduced by the BJP-run Manohar Lal Khattar government in Haryana in 2015, as an amendment to the Haryana Panchayati Raj Act, 1994. The 2015 amendment introduced five new disqualifications for those who seek to stand for any post in panchayat elections.

Under this amendment, those now disqualified from standing for elections are persons:

The amendment introducing the disqualifications was challenged by three political activists who had been disqualified from standing for panchayat elections. Their main contention rested on the “arbitrariness” of the law and its discriminatory impact in disqualifying a large part of the electorate. The petitioners also pointed out that more than 50% of the rural population of Haryana would be disqualified from standing for panchayat elections if the disqualifications were applied.

The state of Haryana justified the law on the basis that there was no fundamental right to vote or stand for elections, and in any case, the disqualifications served the larger purpose of spreading education, reducing indebtedness and greater sanitation in rural areas.

In the initial part of the judgment, the court discusses conflicting case law and concludes that that the right to vote and the right to stand for elections is a constitutional right. It is no doubt true that this right is not uninhibited and the Constitution itself limits the same in some ways and allows the Union and state legislatures to impose disqualifications by law. What the petitioners contended, and what the court did not agree with, was the argument that the disqualifications imposed by the Haryana law restricted the right in a discriminatory manner.

To some extent, the court was following precedent in this matter by applying similar reasoning contained in Javed v State of Haryana, where a like restriction concerning the number of children disqualified a candidate from panchayat elections was upheld on the ground that it was necessary for “socio- economic welfare and health care of the masses” and “consistent with the national population policy”. Here as well, democracy and a republican form of government – both basic features of the Constitution – have been made subordinate to the present day policy goals of the state government.

When faced with the challenge to the education qualifications, the court analyses but then brushes aside the statistics and data presented before it on the impact of the provisions with the statement: “It is only education which gives a human being the power to discriminate between right and wrong, good and bad”.

Leave aside the conflation of the terms “literacy” and “education”, this line of reasoning reeks of classist bias that has sadly informed far too many judgments of the Supreme Court when dealing with the rights of the poor and deprived. It reminds one of the appalling judgment of the Supreme Court in Olga Tellis v Bombay Municipal Corporation, where after expounding on the right to livelihood and shelter for page upon page, the court dismisses those very claims by the pavement dwellers of Mumbai who had been evicted by the BMC.

This classist bias is writ large in the manner in which the court deals with the other objections to the Haryana law – that it punishes the indebted and those who can’t afford toilets in their houses.

For the former, despite taking on record the serious and crushing problems of indebtedness in rural India, the court assumes that an indebted farmer could just avoid the disqualification in law by merely paying an amount under protest and litigating further. The court takes the view that in any case, such persons should be treated no differently from one who’s an “undischarged insolvent” and thus disqualified under the Constitution from standing for elections. In doing so, the court takes no note of the fact that while there is a definite procedure in law before a person is declared “insolvent”, arrears in payment of electricity bills and bank loans can be used to automatically disqualify an indebted person whether or not she’s actually unable to pay them.

The possibility of the indebted being excluded from the electoral process is wished away by the court through reasoning that is eerily reminiscent of the Supreme Court dismissing the “so-called rights” of “a minuscule minority” in the Suresh Kumar Koushal case. The court says:

“We are also not very sure as to how many of such people who are so deeply indebted would be genuinely interested in contesting elections whether at panchayat level or otherwise. We can certainly take judicial notice of the fact that elections at any level in this country are expensive affairs. For that matter, not only in this country, in any other country as well they are expensive affairs. In such a case, the possibility of a deeply indebted person seeking to contest elections should normally be rare as it would be beyond the economic capacity of such persons. In our opinion, the challenge is more theoretical than real.” (emphasis added)

A similarly callous approach is taken towards those who don’t have toilets where the court believes wholesale the Haryana government’s claim that it has provided 7.2 lakh toilets on paper to the 8.5 lakh households living below the poverty line in the state. While sanitation and ending open defecation are no doubt absolutely necessary goals of public policy, the court seems to place the burden of doing so on the citizen and not the state. In the court’s view, as long as toilets are built, whether they are functional, useful, or even connected to a sewage line, the state’s duty is over and it is the fault of the citizen for not having availed of the scheme.

No doubt the judiciary is supposed to be a counterweight to democratic majoritarian impulses. The Supreme Court however seems to deeply distrust the institutions of grassroots democracy per se. The court in Rajbala conflates the representative and administrative tasks of the panchayat and believes that one cannot be a good representative without necessarily being an administrator. The task of the member of a panchayat is seen to be one of pure administration and not one of representation of the interests of the voters in the course of such administration as well. An undercurrent that runs through this judgment, as also in Javed v State of Haryana, is a disinclination to believe that institutions of panchayati raj can be expected to perform their functions as representatives of India’s rural populace without the firm, paternal hand of the state guiding them along the way, to its own ends. In this perhaps, the Supreme Court’s judgment in Rajbala reflects the middle class and upper class bias of its present composition almost perfectly.

Alok Prasanna Kumar is a Senior Resident Fellow at the Vidhi Centre for Legal Policy, a New Delhi based legal think-tank.