Three Rajya Sabha Amendments That Will Shape the Aadhaar Debate

They will like shape the nature of the debate that will follow and the inevitable arguments presented before India’s judicial system. 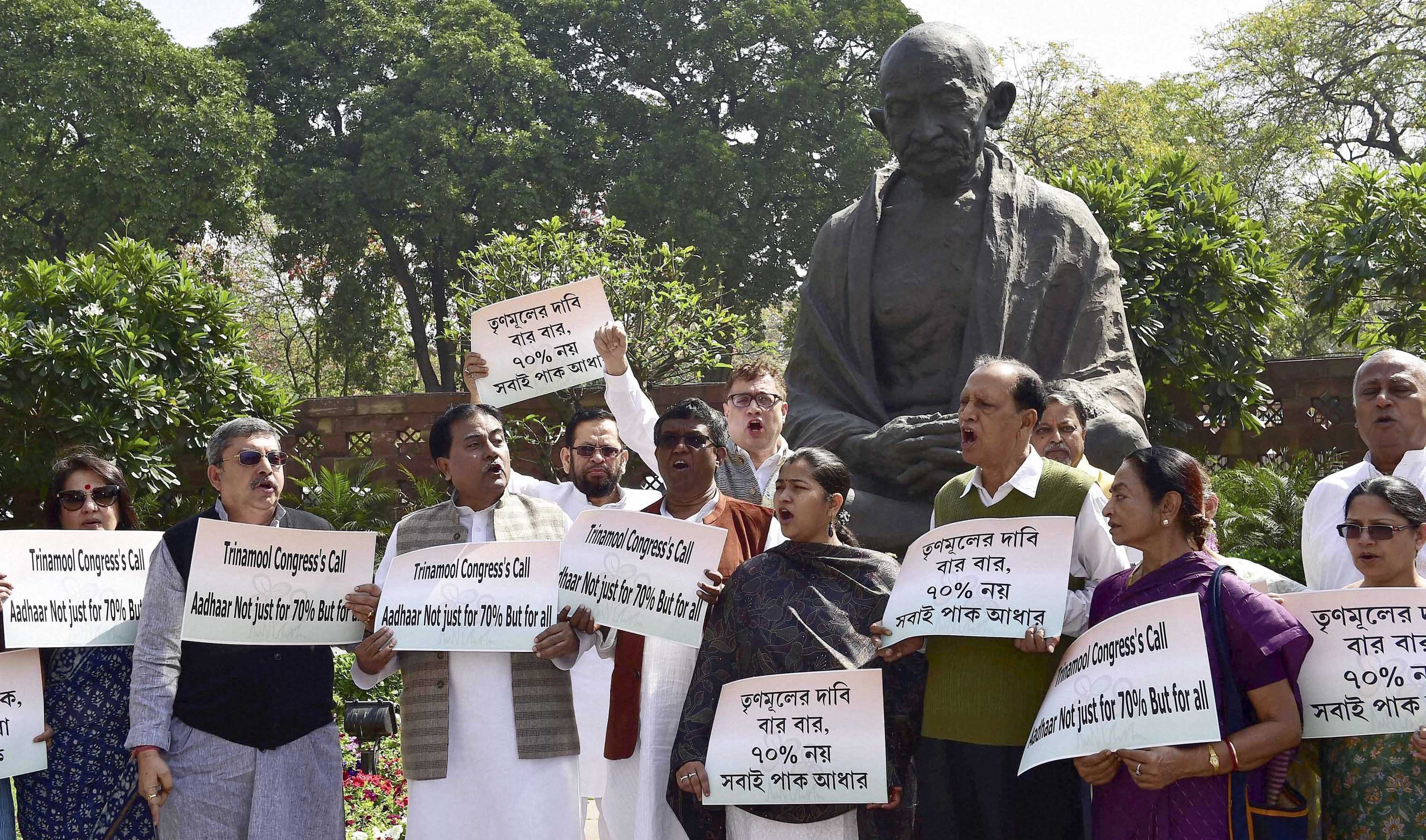 After being given an overwhelming stamp of approval by the Lok Sabha, the Aadhaar Bill made its way to the Rajya Sabha on March 16. After a spirited debate, a number of amendments were raised, the most important of which pertain to the deletion of one’s Aadhaar data, the contentious “national security” information disclosure clause in the original Bill and the mandatory nature of the Aadhaar card.

Less than an hour after the Rajya Sabha amendments were proposed, however, the government pushed the Bill through the Lok Sabha on late Wednesday evening. Within an hour, all amendments were negated by the lower house with Finance Minister Arun Jaitley saying “I reject all five amendments. They were not part of the 2010 bill and have only been introduced now.”

Nevertheless, we reproduce some of the more significant amendments (that were proposed) below; they will like shape the nature of the debate that will follow and the inevitable arguments presented before India’s judicial system.

This amendment pertains to ‘Clause 3’ of the Aadhaar bill, which talks about how citizens and residents of India are eligible for enrolment of an Aadhaar card. The amendment specifically adds an “opt out” clause, wherein if a user “has already enrolled and if he no longer wishes to be part of the Aadhaar system … All data including authentication records as well as demographic and biometric information pertaining to such individual should be destroyed.”

A crucial aspect of online privacy is ownership over personal data. An important part of ownership is the ability to simply log-out, to delete your data. If a person opts for an Aadhaar card because she believes the service will be useful, the amendment believes that that person should also have the ability to opt out and have all traces of his data removed.

This amendment looks to change Clause 7 of the Bill, which implies that if people wish to avail of government subsidies, they will require an Aadhaar card as a mandatory piece of  identification.

The amendment posed by the Rajya Sabha therefore looks to add that “if an Aadhaar number is not assigned or if an individual chooses not to opt for enrolment, the individual shall be offered alternate and viable means of identification for delivery of the subsidy”.

This amendment is perhaps the most controversial because it strikes at the very heart of the Aadhaar project. In other words, this would mostly not be passed even in the best of times. In his speech in the Lok Sabha, Jaitley pointed out that “you can’t say that ‘I will take the benefits but don’t make it mandatory’.”

Amendment 3: The national security clause and the oversight committee

The most contentious part of the Aadhaar Bill is Clause 33, which allows limited disclosure of “identity information and authentication in the interests of national security” (emphasis added). This essentially means that citizen data within the Aadhaar database can be shared within the government and with perhaps other parties if it is in the interest of national security – a very vague term.

This proposed amendment tried to two things. First, it wanted to change the term “national security” to “public emergency or in the interest of public safety”, which looks to curb possible misuse but not by much. Secondly, it also states that the oversight committee included in Clause 33, which would oversee the possible disclosure of information, should include either the Central Vigilance Commissioner or the Comptroller and Auditor-General.

As it stands now, the oversight committee consists of the Cabinet Secretary and the “Secretaries to the Government of India in the Department of Legal Affairs and the Department of Electronics and Information Technology”. This amendment, therefore, hoped to include an independent member also on this board. In his remarks, Jaitley argued that the terms public emergency and public safety were too wide and “could be stretched”. National security, on the other hand, makes the process “more secure”. On the proposal to include the CVC or CAG as part of the oversight committee, he somewhat cheekily remarked: “You can’t have a chartered accountant auditing [national] security”.