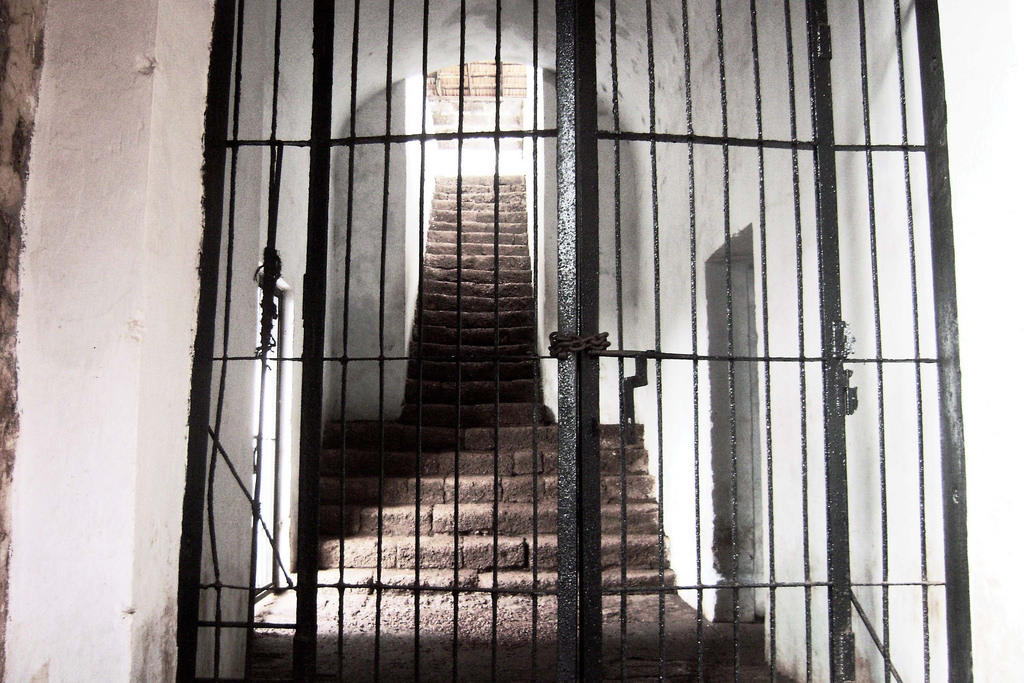 New Delhi: In a study that lasted close to two-and-a-half years, a group of scholars, legal researchers and students based out of the National Law University, Delhi attempted to interview every death row prisoner in India and their families. The aim was to fill what they saw as a gaping whole in available data – that there was no consolidated information available on the death penalty in India, though the country continues to use it.

Of the 385 prisoners currently on death row across the country, 373 were studied by a team of researchers from NLUD led by Anup Surendranath. This number excludes 12 prisoners in Tamil Nadu, whom the team was not given permission to interview. There were also 17 others whom they were unable to interview for various reasons (including not being allowed to meet those sentenced in terror cases in Maharashtra), but they were able to gather enough information from family interviews, lawyer interviews and documentary sources.

The report provides insights into the socio-economic profile of death row prisoners. It shows the disproportionate presence of economically vulnerable and socially disadvantaged groups on death row. This is not an accident. According to the report, the economic status of an accused is linked to his participation in the criminal justice system in various ways, such as getting bail, legal representation, etc. In addition, the impact is not solely on the prisoner’s themselves, but also to a large extent on their families. The wage lost when a prisoner is convicted is a huge loss to economically vulnerable families, heightened by the fact that death row prisoners, unlike other prisoners, are not allowed to work in prison – meaning they have no income to send home. Of the 214 prisoners who talked about their childhood experiences, 91 (42.5%) said that they started working before they turned 18. Many said that financial insecurity in the family had meant they had to drop out of school and take up job.

Of the SC/ST prisoners, 85.4% were also economically vulnerable. For religious minorities, this proportion was 76%, compared to 64.4% for the general category. This intersectionality mirrors contemporary society, and meant that the experiences of certain categories of death row prisoners and their families were also different.

“The Musahars are considered to be Mahadalits, the poorest amongst the Dalits. In 2009, 10 people belonging to the Musahar community were sentenced to death for the massacre of 16 people from the OBC community. Of this group, nine prisoners were illiterate and never went to school. … The family of Ramrang, one of the Musahar prisoners sentenced to death, recounted that Ramrang’s 10-year-old son had to start working after his arrest. The child was the sole earner for his mother and five brothers and sisters,” reads a narrative from the report. Age is often seen as an important factor when deciding on punishment for an accused, once guilt has been established. In the Bachan Singh v State of Punjab judgment, 1980, a five-member bench of the Supreme Court ruled that “if an accused is young or old, he shall not be sentenced to death”. For young people, it is believed that their entire life is ahead of them and there is time for reformation and rehabilitation. In addition, they are also assumed to be more vulnerable. For very old people, the logic is that they cannot they cannot be said to pose an unacceptable risk to society.

Of the prisoners interviewed for the study, 18 claimed to have been below 18 years of age at the time of the incident. In many cases, it is hard to find precise documentation of a person’s age. Because of the nature of the lawyer-client relationship and the lack of interaction with their lawyers, many of the prisoners also did not get a chance to argue this point in court.

Inability to prove age is also often directly connected to economic and social vulnerability resulting in the lack of appropriate documentation.

“Six members of the Moré family were arrested for the murder of four people, and rape and murder of a girl. The Moré family belongs to a Scheduled Tribe. After the Supreme Court confirmed their death sentences, one of the six brothers, Gopal, was declared to be a juvenile by the sessions court on the basis of his school leaving certificate, which had not been previously considered by any court. At the time of this decision, Gopal had already spent nine years in prison, six of them on death row. Of the remaining brothers, Bhairav stated that he was, in fact, younger than Gopal, and had been only 11 years of age at the time of the incident. However, he had never been to school and therefore had no proof of age. Before the incident, all brother were working as labourers, digging gutters and lifting sand bags,” another experience listed in the report says.

Across the country, 54 of the 310 prisoners for whom age-related information is available were between 18 and 21 years old, and seven prisoners were above the age of 60 when the incident took place.

Here is a state-wise break up: The criminal history of a prisoner is often taken into account during sentencing, though meant to be relevant only if the prisoner has been previously convicted. Data from the death penalty report shows, however, that a very large proportion of criminals on death row have no prior criminal record, another pointer that the ‘rarest of rare’ doctrine that is supposed to take into account possibilities of reform and rehabilitation before sentencing prisoners to death is not being symmetrically applied.

The Death Penalty India Report is the first attempt to analyse the background and social profile of death row prisoners. The answers received on economic vulnerability, lower caste groups and religious minorities does perhaps point to the fact that our criminal justice system is harsher to some than to others.

“India’s systemic reality is that the criminal justice system works differently for different people,” the project’s head and director of the Centre of the Death Penalty, Anup Surendranath, said in an interview with Outlook. “The police behaves very differently in its dealings with a lower caste person as opposed to the village pradhan or a richer person. And it is not just our police, our entire criminal justice system faces a tremendous crisis and factors like class, caste and religion operate to further victimise already marginalised sections. And these are not going to be changed by ‘reforms’ because it requires fundamental social and economic changes in our society. It is not as if you can turn a knob or use the right combination of keys and change these realities. For example, in Bihar in one case upper caste men were arrested for the massacre of Dalits and in another case Dalits were arrested for the massacre of upper castes. Both cases were dealt with very differently. Dalits were tried and sentenced to death under Terrorism and Disruptive Activities (Prevention) Act but not the upper castes, who were tried for offences under the Indian Penal Code. For similar offences with similar kind of evidence, the Dalits arrested in connection with the Bara massacre continue to be on death row after confirmation by even the Supreme Court but those arrested for the Laxmanpur-Bathe massacre have been acquitted by the Patna High Court.”