'Threat to Democracy if Judiciary, ED, CBI Do Not Act Independently': Bombay HC

The court made the observation while hearing a petition filed by former minister of Maharashtra Eknath Khadse, who sought Enforcement Directorate complaint against him in a land grabbing case be quashed.

The Bombay high court will pronounce its order on the matter on Saturday. Photo: Wikimedia Commons

New Delhi: The Bombay high court observed that if agencies like the Enforcement Directorate (ED), Central Bureau of Investigation (CBI) and Reserve Bank of India (RBI), and the judiciary, do not act independently, there is a threat to democracy in the country.

A division bench, comprising Justices S.S. Shinde and Manish Pitale made the observation on Thursday, January 21, while hearing a petition filed by former revenue minister of Maharashtra, Eknath Khadse, who requested the court to quash an ED complaint registered against him in a land grabbing case in Pune last year.

“There is a threat to the very democracy if these agencies do not act independently,” the court remarked, according to LiveLaw.in, adding that such state agencies are bound to operate impartially.

While requesting the court to quash ED complaint against him, Khadse sought the court to offer protection from any coercive action in the interim period. Khase’s counsel, Aabad Ponda, also requested the court for audio-video recording of the interrogation conducted with his client, based on the summons issued to him.

Also read: India’s Oligarchy Shuts the People Out – and the Constitution Is to Blame

Appearing for the ED, Anil Singh, stated that no action would be initiated against Khadse until Monday, January 25.

To this, the judges hit back angrily asking, “What heavens are going to fall if the petitioner is given protection for few more days? We have always believed that the judiciary and agencies like the RBI, CBI, ED should act independently and impartially.”

In the same breath, they added that there is a threat to democracy if such state agencies do not act independently.

Justice Shinde asked Anil Singh what was the need to insist that no protection would be offered to Khadse. To this, Singh said passing an order to allow protection to Khadse would “set a wrong precedent”.

The bench further queried the ED counsel as to what was the need to arrest Khadse when he had submitted to the court that he was willing to cooperate with ED’s investigation.

In response, Singh said that Khadse’s submission of cooperating with the investigation could be considered provided it was an anticipatory bail application, but he was actually requesting for the quashing of the ED’s complaint.

Therefore, Singh added, “I have an objection to the maintainability of this petition. The court will then need to make a prima facie observation that no case is made out.”

Khadse, who quit the BJP in October 2020 to join the NCP, appeared before the ED on January 15 in relation to summons issued against him in a land grabbing case in Pune. He served as a revenue minister in the previous BJP-Shiv Sena government. 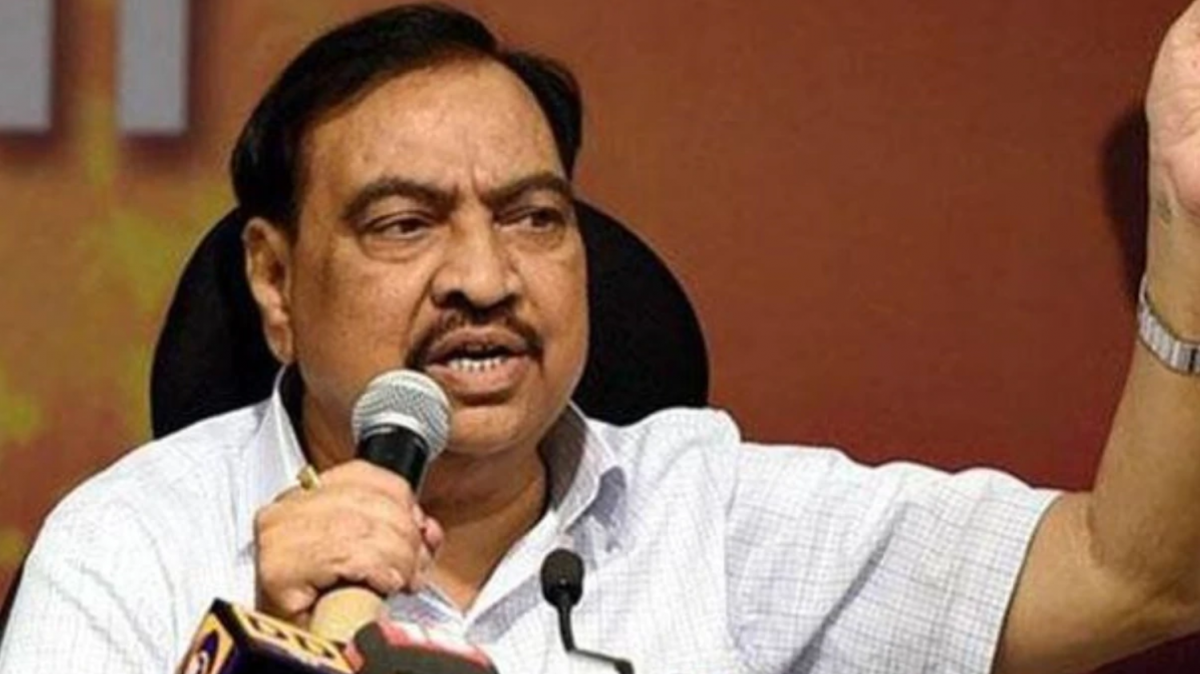 The former revenue minister has been maintaining that land in question was legally purchased by him, his wife and his son-in-law, and there is no illegality involved in the procedure.

For its part, the ED maintains that the initial investigation into the case has provided enough evidence against Khadse, and accused him of being involved in money laundering activities in relation to the land in question.

In its Enforcement Case Information Report (ECIR) filed by ED against Khadse in October 2020, the ED alleged that Khadse and his family members caused a loss of Rs 62 crore to the public exchequer as the accused purchased the land in question at a lower price of Rs 3.75 crore.

The ED further alleged that the accused with criminal intent were planning to seek compensation from the Maharashtra Industrial Development Corporation (MIDC), which is expected to acquire the same land.

Accusing Khadse of misusing his official position as state’s revenue minister in 2016, the ED told the court that the first information report (FIR) against the accused is not closed because the court has to date not accepted the closure report in the case.