Once again, the judge has put the survivor on trial while acquitting the accused. 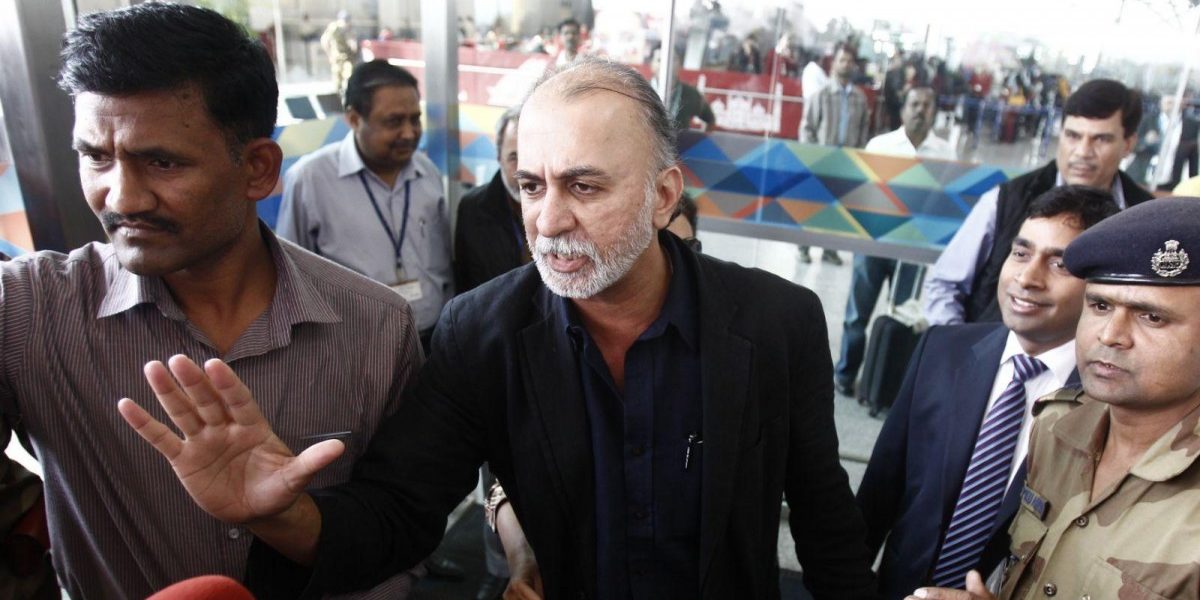 Tarun Tejpal’s acquittal by a trial court in a rape case has left millions of Indians concerned about the safety and wellbeing of women. This article is not intended to be a critique of the judgment per se or an assessment of the evidence in the case, as it deserves a separate article. The state of Goa has already gone into appeal and thus there are two stages at which its legal validity can, and hopefully, will be examined.

The issue here is larger – the honour and self-respect of women in a country beset by patriarchy and rampant misogyny. In judge Kshama Joshi’s worldview, Indian women are expected to be submissive weaklings who, if violated, must visibly effect a shattered mien and consider themselves socially dead.

How myths and regressive stereotypes sneak out of the subconscious

If this judgment illustrates anything, it is how regressive and stereotypical notions – resulting from centuries of socio-cultural conditioning which lie buried deep in the collective subconscious – shape the so-called procedural aspects of the law. Articulating what millions of Indian women must be feeling after the judgment, journalist Rohini Mohan tweeted “I’ve already decided that if I’m ever raped or sexually assaulted (a possibility every Indian woman factors into her life), I will never report it.”

A key reason for acquittal in the judgment is that the survivor did not demonstrate the kind of behaviour that a victim of sexual assault is supposed to show. The judge writes that the “photos show the prosecutrix to be absolutely cheerful and with a smile on her face and not disturbed, reserved, terrified or traumatised in any manner.”

Lawyers in India have repeatedly pointed to the flaws in such assumptions. For instance, Vrinda Grover writes, “To believe that there is a predictable way in which a rape victim will react is in itself a myth and a falsity.” Flavia Agnes has also lamented, “The court clearly thinks there is a certain way you should look after a rape.”

Who defines normative behaviour post-rape and how? Who has authorised these judges to become custodians of morality and decide that there is a particular way in which Indian women must behave after rape? Perhaps the judges who deliver such judgments should publish a manual on the ideal post-rape behaviour of the ideal Indian woman, the ‘adarsh Bharatiya nari’ so that future survivors can follow the playbook. In the judge’s reasoning, if a victim does not follow that imaginary norm, and instead, is strong-willed enough to retain her composure, her trauma notwithstanding, her complaint must be false.

Saul Mcleod points out that the fundamental problem with defining abnormality using social norms is that there is no universal agreement over social norms. Nor is there anything like the ‘normal’ human being. As anthropologist Agustín Fuentes argues, the ‘myth’ of the ‘normal’ extinguishes the variation (biological and behavioural) that is at the core of our species’ ability to evolve and adapt to different challenges. 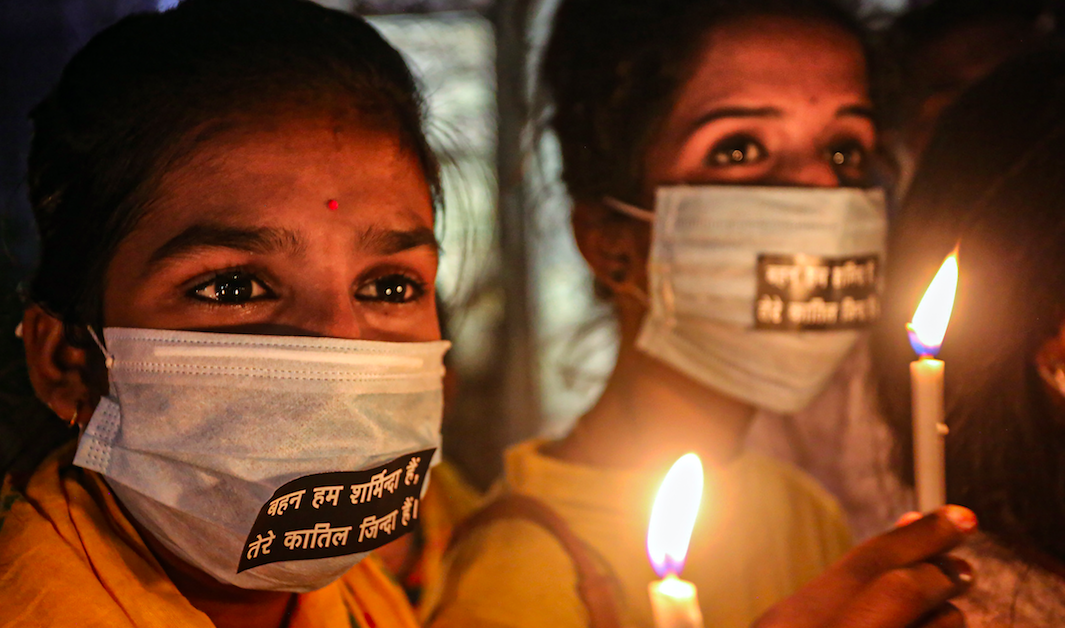 File photo of a protest against the Hathras rape. Photo: PTI

For most lay people, their notions of rape and the post-rape conduct of the victim are formed and shaped by hearsay, the socio-cultural milieu of their upbringing, familial values, or what they see in Indian films. The typical rape victim in Indian films is usually the sister of the hero. Her only contribution to the story is to commit suicide out of shame after the rape, and thus to provide a motive for revenge to the hero. While judges should know better, it is sad but not surprising – given the immense influence which the visual imagery of films exercises on the collective subconscious – that their judgments reflect this lay ideology rather than any judicial mind.

A catena of Supreme Court judgments, including the Pappu @ Yunus (2004), has held that the survivor’s past has no relevance: “Even if the victim in a given case has been promiscuous in her sexual behaviour earlier, she has a right to refuse to submit herself to sexual intercourse to anyone and everyone because she is not a vulnerable object or prey for being sexually assaulted by anyone and everyone.”

In the Tejpal case, the judge quotes various such judgments to claim that she is not relying on the survivor’s past sexual behaviour except insofar as it supposedly casts doubt on her truthfulness. But on page after page, the survivor’s alleged ‘flirtatious and sexual conversations with friends and acquaintances’ is held against her. There is no similar treatment of Tejpal’s past to see if what he did was in character. One wonders who the judge thought she was trying, the ‘accused’ or the ‘prosecutrix’.

The fact that the victim had sent messages to the accused giving her location or her staying back in Goa are also held against her as proof that she was neither traumatised nor terrified of being located or found by the accused. Once again, such regressive stereotypes expect that a victim must leave a place immediately, abandon everything and go into hiding after the crime.

In this case, the crime took place in a town other than her hometown and ‘normative behaviour’ demanded that she should not have stayed back, even if she had prior plans to do so. Presumably then, the adarsh Bharatiya nari who is raped in her own home (as the vast majority are, by people known to them) must rush into the nearest river or well and jump in, to escape the rapist.

Following in a tradition of judicial stereotyping

Unfortunately, Judge Joshi is by no means alone in her reliance on what constitutes ‘normal’ behaviour for a rape survivor.  In Raja and others (2016), the Supreme Court had doubted the testimony of the victim because her conduct during the ordeal and after the crime was “not consistent with normal human conduct”. Yet another instance was to be found in the Delhi high court judgment in the case of Mahmood Farooqui (2017). 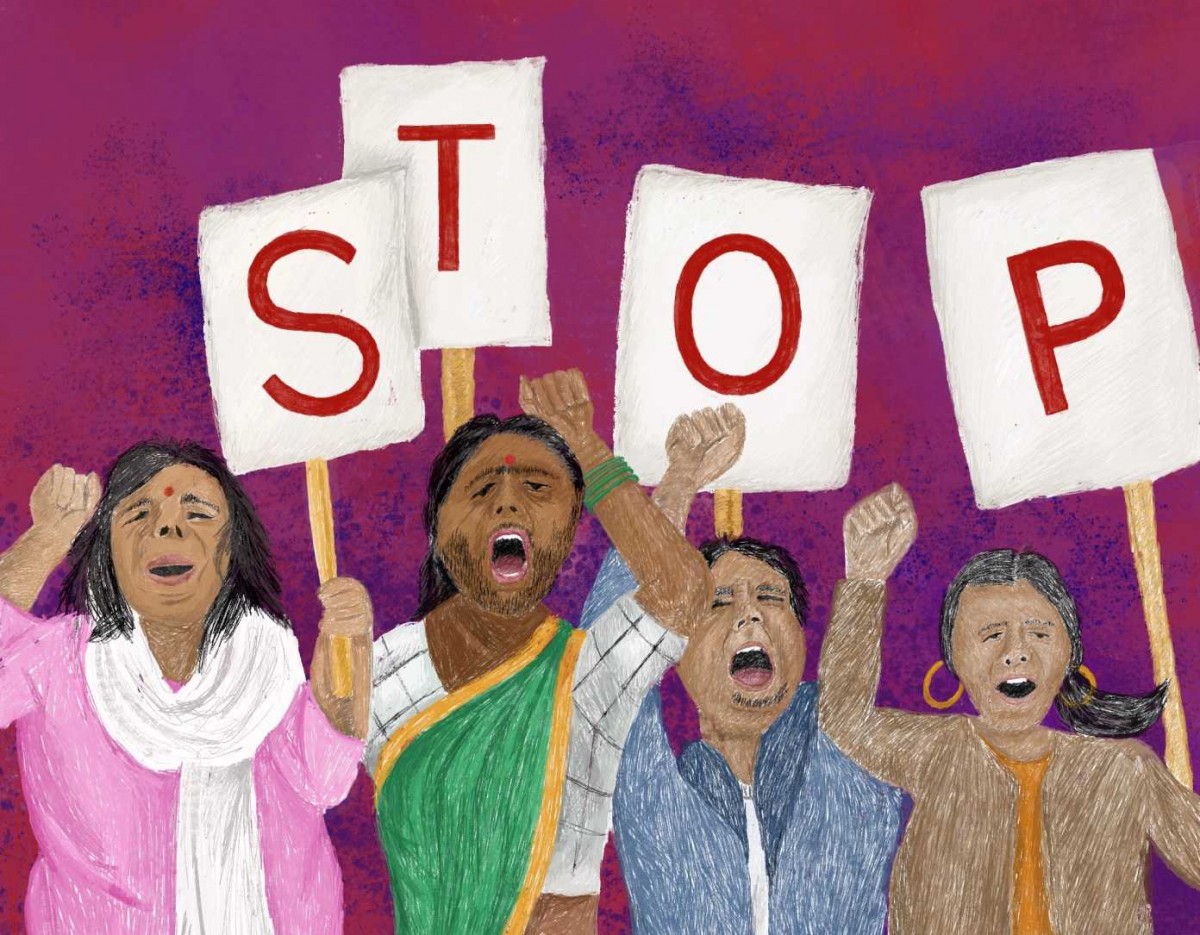 Similar stereotypes were also at play in the Karnataka high court’s judgment in Rakesh B (2020), in which the judge said it is not normal for Indian women to fall asleep after being raped. Seventeen organisations and several individuals wrote an open letter to Justice Dixit saying that he has “deeply disturbed and disappointed those of us who have been working over the past decades to uproot the discriminatory structures of patriarchy deeply embedded into all our social and political systems including the judiciary”.

In an open letter to the CJI, lawyer Aparna Bhat had asked, “Is there a protocol for rape victims to follow post the incident which is written in the law that I am not aware of?” The latter half of the controversial paragraph was subsequently expunged.

Progressive judgments seem to carry less weight than regressive ones

The Supreme Court has enough judgments that the lower courts could rely on if they have the will. In Nipun Saxena (2018), the Supreme Court had noted, “If the victim is strong enough to deal with the recriminations and insinuations made against her by the police, she normally does not find much succour even in court.”

In Chandraprakash Kewal Chand Jain (1990),  the apex court had pointed out that the position held by a person in authority was bound to affect the behaviour of the victim. It must be kept in mind that a person in authority need not always be a government official — a private employer also, who wields the power of hiring or firing the victim at will, must be considered a person in authority. In the same case, the court had held, “It would be adding insult to injury to tell a woman that her story of woe will not be believed unless it is corroborated in material particulars as in the case of an accomplice to a crime.” Yet Judge Joshi has revelled in precisely this kind of adding insult to injury.

In Bharwada Bhoginbhai Hirjibhai (1983), the Supreme Court had held, “Why should the evidence of the girl or the woman who complains of rape or sexual molestation be viewed with the aid of spectacles fitted with lenses tinged with doubt, disbelief or suspicion? To do so is to justify the charge of male chauvinism in a male dominated society…Without the fear of making too wide a statement, or of overstating the case, it can be said that rarely will a girl or a woman in India make false allegations of sexual assault…The statement is generally true in the context of the urban as also rural society. It is also by and large true in the context of the sophisticated, not so sophisticated, and unsophisticated society.”

In Chandraprakash Kewal Chand Jain (1990), the prosecutrix was raped by a police officer inside a hotel room. While acquitting the accused, the high court had noted that, after the crime, she had not sought help from the hotel management. The Supreme Court disagreed and pointed out that she must have realised the futility of complaining to them and it cannot be described as unnatural conduct.

In Aparna Bhat (2021), the Supreme Court forbade judges from making gender stereotypical comments such as ‘good women are sexually chaste’, women who drink and smoke ‘ask’ for sexual advances or presume that a sexually active woman consented to rape while hearing cases of sexual offence. This order was given while setting aside the so-called ‘rakhi’ order of the Madhya Pradesh high court.

Addressing the wider canvas of entrenched paternalistic and misogynistic attitudes that are regrettably reflected at times in judicial orders and judgments, the Supreme Court went on to quote Norwegian playwright and theatre director Henrik Ibsen, “A woman cannot be herself in the society of the present day, which is an exclusively masculine society, with laws framed by men and with a judicial system that judges feminine conduct from a masculine point of view.”

In fact, in Aparna Bhat (2021), the Supreme Court had specifically commented that the stereotype of the ideal sexual assault victim disqualifies several accounts of lived experiences of sexual assault. Rape myths undermine the credibility of those women who are seen to deviate too far from stereotyped notions of chastity, resistance to rape, having visible physical injuries, behaving a certain way, reporting the offence immediately, etc. Yet, just about two months after such glorious words, we have this judgment in the Tejpal case.

N.C. Asthana, a retired IPS officer, has been DGP Kerala. He tweets @NcAsthana.