The Smothering of Justice at India's Highest Court

With its handling of the sexual harassment complaint against the CJI, the Supreme Court has touched its lowest point. 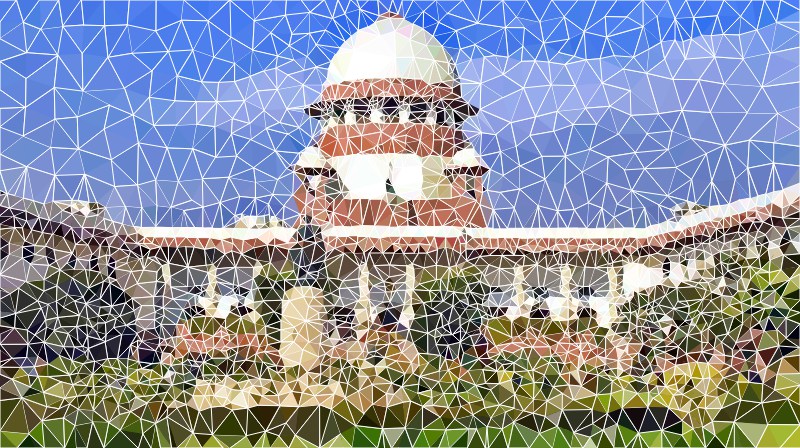 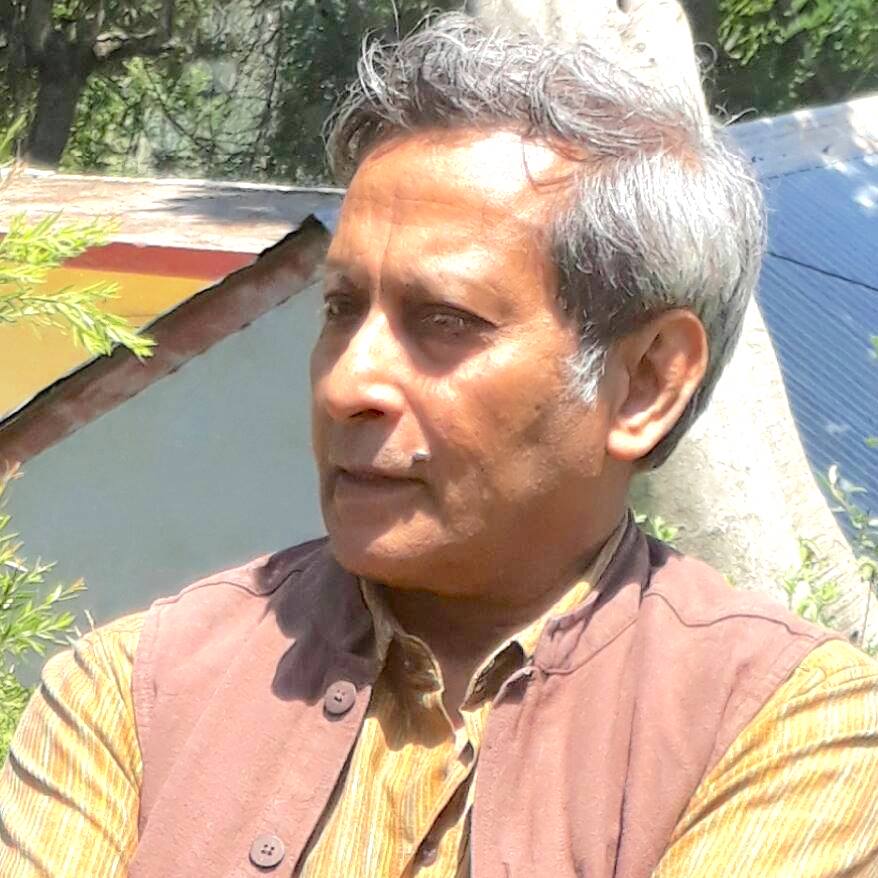 It has been evident for some time now that the judicial system in India is in a state of crisis. It is also increasingly obvious that this crisis is interconnected with a crisis in the polity and, in turn, has ramifications for the polity.

The starkest illustration of this so far is provided by the chain of events surrounding the complaint by an ex-employee of the Supreme Court. This complaint led to responses from the judicial system that were not only unusual but which have involved norms intrinsic to any modern judicial system being thrown overboard.

It would hardly be an exaggeration to state that with this matter and all that it implies, the Supreme Court has touched its lowest point ever. Indeed, in the absence of drastic correctives, the court may not be able to live down this shameful phase in its career.

As soon as the matter entered the public domain on April 20, a proceeding of unclear category was organised at the Supreme Court. The proceeding, presided over by the chief justice of India (CJI) himself, was held at the instance of a law officer of the Union government but without any specific case before it. It was pre-emptive in nature, because the complainant was clearly the absent elephant in the room. The suggestion made was that there had been, in effect, an assault on the court itself.

As the proceeding on April 20 was without compliance with the principle of audi alteram partem (hear the other side), it was clearly vitiated. Many persons, including sections of the bar and court employees, have since then taken sides and some have sought to insinuate that the complainant was involved in a kind of conspiracy.

It has further been insinuated both in the proceedings before yet another bench and elsewhere that a conspiracy might be afoot at the instance of various forces, including corporate bodies, out to manipulate or intimidate the court. In this context, reference has also been made to two other ex-employees of the court who were dismissed recently on the charge that they had tampered with court orders.

As far as manipulation by corporate bodies is concerned, this is not a novel issue. As early as in 1957, Justice M.C. Chagla, then of the Bombay high court, had warned in a judgement of the threat posed to the polity by the misutilisation of money bags. “History of democracy has proved that in other countries democracy has been smothered by big business and money bags,” he had said.

Justice Chagla was referring to the polity and not to the judiciary. However, in the search for a conspiracy in the wake of the charges made by the complainant against CJI Ranjan Gogoi, the court’s gaze has been turned far and wide. This is certainly a matter to be inquired into, but it may not be fair to the complainant, who has raised a specific set of grievances, to overwhelm her individual case with the full weight of an inquiry into the role of money bags in the polity and the judiciary.

It was clearly an error to link the complainant, without hearing her, with a possible conspiracy – and that too even before her allegations had been inquired into on merits. Here the court was clearly placing a judicial cart before an administrative or quasi-judicial horse.

Some two decades ago, the Supreme Court had itself held in a case that a direction to an investigative agency (in that case the Central Bureau of Investigation) to make a roving inquiry, that is to investigate the possibility of “any other offence” having been committed, was “wholly erroneous….a direction to the C.B.I. to investigate whether any person has committed an offence or not cannot be legally given.”

In these circumstances, Justice Patnaik (retired) – who was requested by a second bench of the Supreme Court to look into the conspiracy angle – reportedly said he would look into the charge only after the on-going internal inquiry against the CJI is complete.

With this statement, it seemed at the time that a semblance of balance was gradually being restored. However, subsequent events have led to a lack of clarity on the nature of the internal inquiry. Was it akin to a departmental enquiry in which an assistant is permitted? Or was it a proceeding of a statutory gender harassment committee (which has a specified composition and procedure)? Or was it a judicial hearing (in which lawyers are permitted)?

And since it was obviously none of these, was it in the nature of a mere discussion to which the complainant had been invited?

There is still lack of clarity on these and connected matters and we need not, for the present, dwell on them at length, except to make one observation: the so-called administrative or quasi-judicial in-house panel meant to probe the allegations against the CJI appears to have missed a vital point. This concerns the manner in which the court assistant was removed from service.

Also read: Interview | ‘I Have Lost Everything’: Woman Who Alleged Sexual Harassment by CJI Gogoi

The reason for her removal was reportedly attributed to her raising questions on her transfer from one section of the Supreme Court to another, and her absence on a particular Saturday – when, by her account, she had gone to attend a function at her daughter’s school. As these reasons are inadequate for removal from service of an employee, who till recently seems to have had an acceptable record to qualify for preferment, there appear to be unstated reasons for her removal.

This circumstance seems largely to shift the onus of explanation from her to the court administration at the very least, and her charges cannot, therefore, be dismissed so lightly. That should have raised a presumption in her favour in the so-called in-house inquiry and onus should have been placed on others to rebut her narrative. Unfortunately, the Supreme Court’s internal inquiry has failed to allay the fear that the court is responding to the current crisis by what may seem like the creation of a smokescreen.

The matter reeks of overzealousness on the part of the authorities. Even without commenting on what did or did not transpire at the CJI’s residence in October 2018, it is obvious that people are not removed from service for the kind of reasons that have reportedly been stated. This seems to suggest that there was an unstated and collateral reason for her removal from service.

The unstated element, unless rebutted or otherwise explained, acts as a possible link between her removal from service and the facts constituting her gender harassment complaint. As such, the two cannot be seen in isolation from one another.

Need for comprehensive inquiry and redress

It is important that the complainant, who was removed from service, and her relatives who, along with her, have been at the receiving end of action by the Delhi Police, should also be able to seek legal redress. Here we must return to the conspiracy angle – but perhaps not necessarily the one confined to the manner that has been suggested so far in the proceedings before the Supreme Court.

The apparently overzealous action reportedly taken by the Delhi Police against the relatives of the ex-employee suggests a possible desire on the part of the Union government to please, and that too at a time when vital cases were due to be heard in the apex court.

A comprehensive inquiry is required to ascertain whether this crisis, on the boil since mid-October 2018, has in any manner been taken advantage of by other branches of the government or affected the delivery of justice in any cases dealt with by the Supreme Court in the period since then.

Many important cases, including those affecting India’s national, defence and social security have been dealt with during this period. Legal systems break down when the ‘fox’ comes, directly or indirectly, into a position to control or vitally affect the ‘henhouse’.

In other jurisdictions, when this phenomenon occurs in relation to the state, it is known as ‘state capture’. In India, the higher judiciary has, in spite of aberrations, been much respected. One member of the Constituent Assembly of India had said that the seat of Justice was the Seat of God. The last thing the secular democratic republic of India needs is ‘court capture’.

There is no doubt that judicial independence can be protected better if the full court reviews the situation. One of the judges of the Supreme Court had reportedly made such a suggestion in the context of the in-house inquiry related to the court assistant’s complaint.

It was Lord Coke who had said that once law loses its reason, it becomes a nullity. Increasingly, one looks strenuously for reason in the recent Supreme Court judicial activity.