The Curious Case of no Profit in 'Office of Profit’

This is the first time in two decades that an EC decision to disqualify a legislator/s has been struck down by a court, raising serious doubts about the commission's fairness. 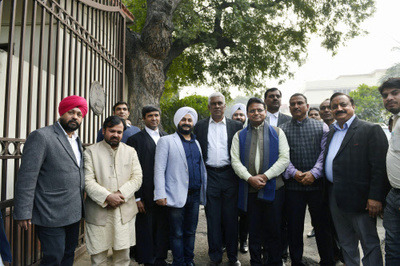 Underlying the “spirit” of the judgement are a set of principles – of federal division of powers, separation and balance of powers. Credit: PTI

On March 23, the Delhi high court set aside an Election Commission (EC) decision to disqualify 20 Aam Aadmi Party (AAP) legislators. The EC disqualification was ostensibly because these legislators were occupying “office of profit” (OoP). This is the first time in two decades that an EC decision to disqualify a legislator/s has been struck down by a court, raising serious doubts about the EC’s fairness, autonomy and its capacity to remain insulated from political manipulation.

Underlying the contentious office of profit issue are two sets of problems. First, the law. Article 191 states that if an MLA holds an “office of profit” under the government of India, his/her membership to parliament stands to be disqualified. What constitutes an office of profit is left undefined, both in the constitution and by the Representation of People’s Act, and this has left the field open for political gamesmanship and periodic judicial review.

Is office of profit a pecuniary (monetary) gain? What is profit? Do expenses, office occupation, travel allowance, honorarium etc. individually or together amount to profit? What about compensatory or office expenses? These have been a matter of extensive and repeated debates in courts, ensuing from the notorious indeterminacy of “office of profit”, as also the triviality of political gamesmanship.

The deliberations of the SC in Karbhari Bhimaji Rohamare vs Shankar Rao Genuji Kolhe & Ors (1975) is a case in point. In an utter display of the depths of triviality that it had to plumb, the court said:

“A member of the Wage Board cannot expect to stay in Taj Hotel and have a few drinks and claim the expenditure incurred, which may come perhaps be Rs.150 to Rs.200 a day, for his personal expenses. In such a case it may well be held to give him a pecuniary gain. On the other hand he is not expected to live like a sanyasi and stay in a dharmshala and depend upon the hospitality of his friends and relatives or force himself upon them… “

It went on to then deliberate upon payment of honorarium, daily and travel allowance and ruled that the same incurred for attending the meetings of the (Wage) Board did not amount ‘making any pecuniary gain ‘ and could not make membership of the Wage Board, an ‘office of profit’. If nothing else this reflects the inanities political gaming is loading our justice system with.

In straightforward cases, like the Jaya Bachchan case (2006), where she drew a monthly honorarium of Rs 5,000, entertainment expenditure of Rs 10,000, plus benefits and allowances, it was easier for the court to adjudicate that there were pecuniary gains. But in cases where the OoP comprised a monthly salary of Rs 200 (Ashok Kumar Bhattacharyya vs Ajoy Biswas (1985); or in the Satrucharla Chandrasekher Raju case (1992) where Raju was appointed as a school teacher who was to work under the Integrated Tribal Development Agency (ITDA) project officer; or as in the U.C. Raman vs P.T.A. Rahim (2014) case, where it was stressed that ‘status’, ‘influence’ etc. of an office should not be taken into consideration while deciding the question of OoP –  the negotiations and consideration of both office and profit become complicated and get embroiled in fractious trivialities.

But the one thing that emerges pretty unambiguously is that a post that does not carry any pay, emoluments or perks, is not an OoP. Emoluments like conveyance or travel or house rent allowance are all constituents of “compensatory allowance” not constituting profit.

As the SC bench, reiterated in Shibu Soren vs Dayanand Sahay & Ors (2001):

“If there is really some gain, its label – ‘honorarium’ – ‘remuneration’ – ‘salary’ is not material – it is the substance and not he form which matters and even the quantum or amount of “pecuniary gain” is not relevant

– what needs to be found out is whether the amount of money receivable by the concerned person in connection with the office he holds, gives to him some “pecuniary gain”, other than an ‘compensation’ to defray his out of pocket expenses, which may have the possibility to bring that person under the influence of the executive, which is conferring that benefit on him.” 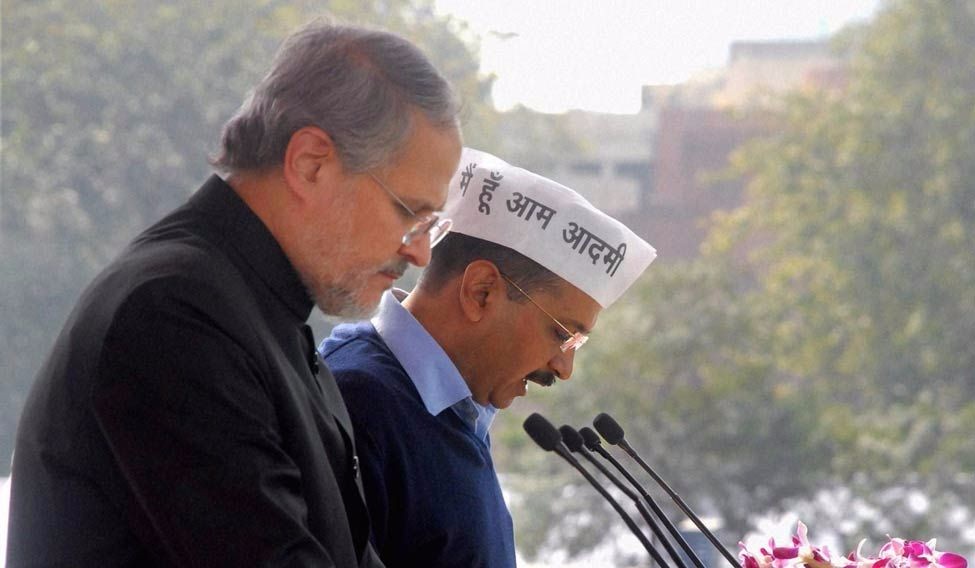 All principles of constitutional and political precedents should have prompted former Lt Governor of Delhi, Najeeb Jung, to sign the Bill to make the appointment to these offices exempted from disqualification. Credit: PTI

If the first interpretative field was opened by the indeterminacy of “pecuniary” gain, the second case for fractious politics emerges from the “peculiarity” of Delhi’s structural architecture. Delhi was granted statehood in 1991 but without jurisdiction over land, police, law and order and now (after the HC ruling in 2016) services, making it a quasi-state, forever at the mercy of the Union government to interpret its statehood, maximally or minimally.

In 2015, the  AAP had appointed 21 legislators as parliamentary secretaries, a month after the Arvind Kejriwal-led Delhi government took office. Thereafter, the government sought an amendment to the Delhi Members of Legislative Assembly (Removal of Disqualification) Act, 1997, which would basically make the appointment to these offices exempted from disqualification, as constitutionally mandated by Article 191(1)(a). Basically, through the Bill, the AAP wanted “retrospective” exemption for the parliamentary secretaries from the disqualification provision, again a feature repeatedly legitimised by the SC till as recently as in Ajay Bhatt vs State Of Uttarakhand (2014).

All principles of constitutional and political precedents should have prompted former Lt Governor of Delhi, Najeeb Jung, to sign the Bill. But it was in bad faith that the LG reserved the matter for the president who went on to deny assent. With the president refusing assent to the Bill in June 2017, the 20 AAP MLAs were left with no legal backing for holding the post of parliamentary secretaries. Now since there is no “law” exempting the parliamentary secretaries (PS) from disqualification, their legislative membership was disqualified by the EC.

The HC has unambiguously ruled, both with respect to OoP and with respect to the legislative authority of the AAP government in appointing parliamentary secretaries. Like all good judgements, it balances the “form” with the spirit of the law, especially when the form is a poor guide in adjudication. Underlying the “spirit” are a set of principles – of federal division of powers, separation and balance of powers. But above all the judgement reinstates the ethic of civic republicanism that underlies democratic governance. It reposes faith in the sovereignty of the people, understood as non-domination or independence from arbitrary power. If we subvert this foundational democratic ethic, sabotage the federal architecture, do things like making LG the patron of an elected government, we’ll end up with a form of law that becomes hostage to ruling interests and malicious litigation.