The Ayodhya Verdict is Based on a Strange Feat of Logic

It is foolish to think the Supreme Court’s decision will bring about communal peace. Appeasement, like the Munich pact of 1938, only whets the appetite of the aggressor. 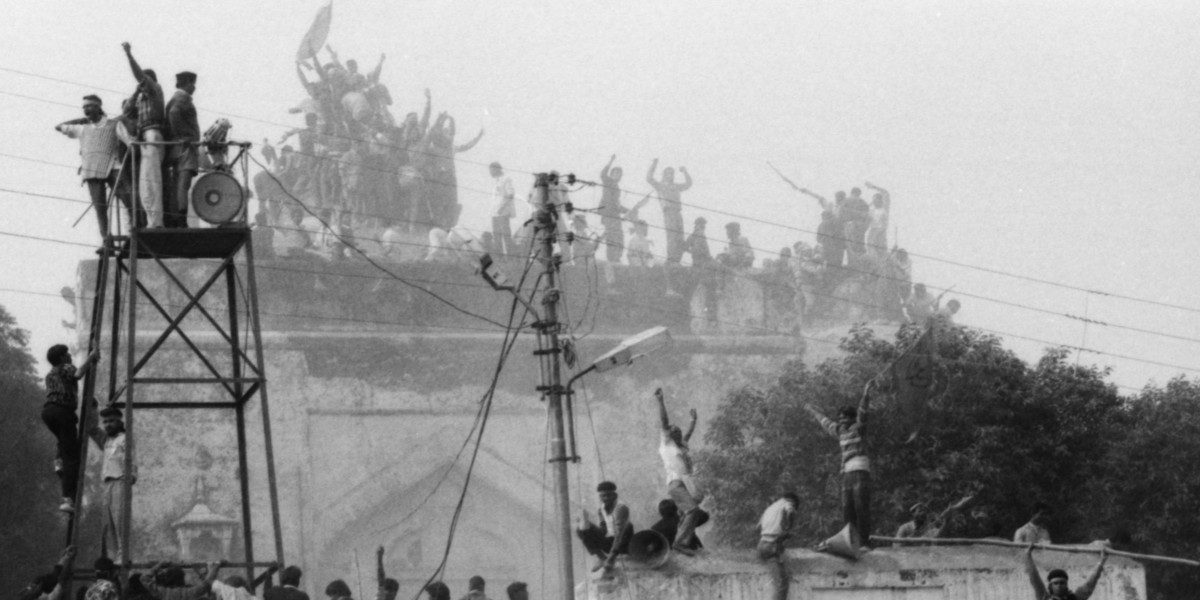 The recent Ayodhya verdict of the Supreme Court will go down in the annals of Indian legal history in the same category as its 1975 decision in ADM Jabalpur vs Shivakant Shukla – except that unlike the latter, in this one there is not a single courageous dissent

In substance, the court has said that might is right, and has laid down a dangerous precedent sanctifying aggression.

As Pratik Sinha noted on Twitter, it is like a bully snatching a child’s sandwich in school, and the teacher giving a ‘balanced judgment’ by allowing the bully to keep the sandwich, and giving the child a slice of dry bread as ‘restitution’.

One need not go into the correctness or otherwise of the court’s suggestion that the Babri Masjid was built by one of Babur’s generals on a site where a non-Islamic structure pre-existed and may have been destroyed. It is true that many Hindu temples were destroyed by Muslim invaders, and mosques built on their sites, sometimes even using the material of the temple. For example, the Quwwat ul Islam mosque near the Qutub Minar in Delhi has pillars with Hindu carvings, or the Gyanvapi Masjid in Varanasi whose rear wall has Hindu carvings, or the Atala Devi Masjid in Jaunpur. But is India to move forward, or backward?

It would be a different matter if a Hindu temple is illegally demolished today and converted into a mosque. But where this was done allegedly 500 years ago, does it carry any sense to go about restoring the structure to its Hindu original? This kind of revanchism, which is what the Vishwa Hindu Parishad sought, will be stupid, and can only polarise society, serving the political agenda of some people who wish to keep the communal fires burning for getting votes.

In paragraphs 786 and 798 of its judgment, the court has observed that the Muslim side adduced no evidence to show that from 1528, when the mosque was constructed, to 1857, it was in possession of Muslims who offered namaz there. But what evidence could possibly be adduced? There cannot be any eyewitnesses alive belonging to that period, and it is well known that in the 1857 war of independence, almost all records in Avadh were destroyed. In any case, it is common sense that when a house of worship, whether a temple, mosque, church or gurdwara is built, it is built for use, and not just for decoration.

In para 798 of the judgment it is stated, “The exclusion of Muslims from worship and possession took place on the intervening night between 22/23.12.1949 when the mosque was desecrated by installation of Hindu idols. Ouster of Muslims was not through lawful authority, and Muslims have been wrongly deprived of a mosque that had been constructed well over 450 years ago “.

Despite this clear finding, the court has handed over the site to Hindus by a strange feat of logic!

In this vein, it is foolish to think that the Ayodhya verdict will bring about communal peace. Appeasement, like the Munich pact of 1938, only whets the appetite of the aggressor. Cries of “Abhi to yeh jhaanki hai, Kashi Mathura baaqi hai” were heard soon after the demolition of the Babri Masjid on 6th December 1992, threatening a move on Muslim sites in Varanasi and Mathura, and are bound to be repeated soon. BJP MP Sakshi Maharaj has said that the Jama Masjid in Delhi was built on a Hindu temple, which should be restored. A similar claim has been made about the Taj Mahal by BJP hot heads. Where will all this end?

To say that Ram was born at a particular spot is ridiculous. Even if he was a historical, not mythical, figure, how can anyone say where a person was born thousands of years ago?

India is passing through a terrible economic crisis, with GDP growth languishing, manufacturing and business in steep decline, unemployment at a record height (even according to the government’s own National Sample Survey), an appalling level of child malnourishment (every second Indian child is malnourished according to the Global Hunger Index), 50% of Indian women are anaemic, farmers suicides continuing unabated, healthcare and good education for the masses in a pitiable state, etc.

Evidently our leaders have no clue how to solve these huge problems, so to divert attention from them they must resort to gimmicks like Yoga Day, cow protection, Swatchata Abhiyan, abrogation of Article 370 etc. It should be obvious that building a Ram Mandir in Ayodhya is in the same category.

After the partition of 1947, the demolition of the Babri Masjid by political vandals was India’s greatest tragedy. The Ayodhya verdict says this demolition was illegal, but in the same breath sanctifies it. Well done, My Lords!