Tenants are hoping to invoke the doctrine of force majeure as legal protection, but the route may not be simple. 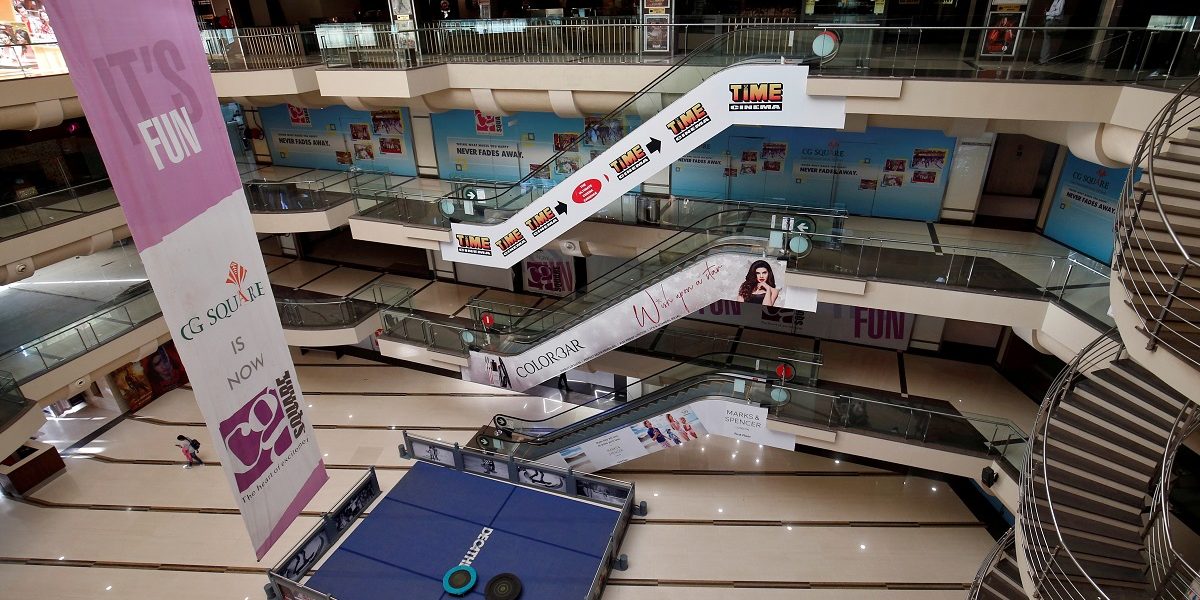 When Prime Minister Narendra Modi appeared on our televisions and screens on March 24, he was announcing the beginning of a nationwide lockdown. To contain the spread of the coronavirus, the entire population was asked to stay indoors. People have not been able to go to work, many have lost their jobs, corporations have imposed salary cuts, incomes of self-employed people have taken a major hit. This is certainly not a good time to indulge.

The lockdown has sent shockwaves across the economy. The ability of people to spend money is no longer what it used to be. This has also had a significant effect on landlord-tenant relations. While the tenants’ ability to pay rent has been adversely affected, the economics of the landlords has also been disturbed. Tenants are seeking a waiver of rent as they have been unable to access their premises or because their incomes have been impacted.

Tenants are hoping to invoke the doctrine of force majeure as legal protection against the non-fulfilment of their contractual obligations. Even large corporations like PVR and Reliance Retail have been forced to invoke this maxim. Statutory bodies like the RERA in many states have had to take note of the pandemic as a force majeure.

What is force majeure?

Though the Indian Contract Act does not refer to “force majeure” as such. The term is used as a convenient label to refer to a foreseeable stipulated circumstance or a supervening superior force that prevents someone from fulfilling their part of the contract.

The ‘sanctity of a contract’ is the first and golden rule of contract law. Contracts must be honoured and performed, and there is no easy way to wriggle out of them. They are governed by the Contract Act and have the sanction of law which binds parties to faithfully perform their obligations. 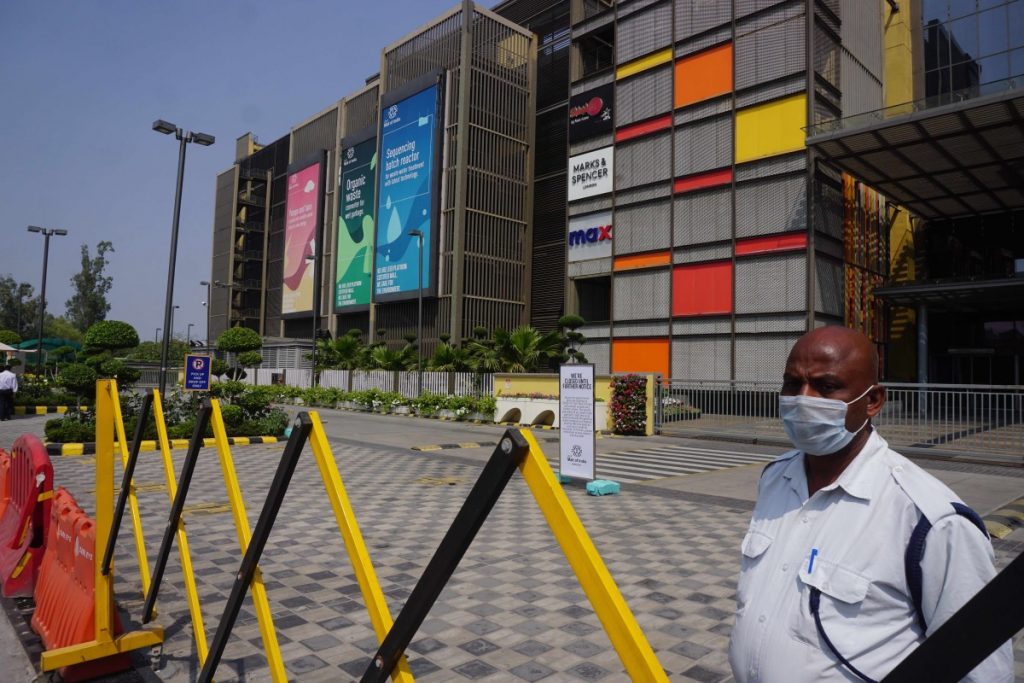 According to Indian law, a force majeure clause is not ordinarily an implied term of a contract. A court would not normally read such a clause into a contract. Besides, the threshold of proving an implied term is very high, especially for a fundamental term which will have the effect of releasing a party from performing its obligations. Ideally, it ought to be expressly stipulated.

If the contract does stipulate a Force Majeure it has to be strictly and narrowly construed. Even the court cannot rewrite that clause or read into it what is not expressly stipulated. Nothing can be added or taken away.

In such a clause if the lessee desires to be excused from discharging its liability it must not only demonstrate that the force majeure was beyond its control but also prove that the event itself has caused the lessee to fail to perform its responsibility. The fact that if the tenant was compelled to perform its obligation, it would cause economic hardship or inconvenience, is not sufficient to take refuge under the force majeure clause. If there is an alternative way to overcome the effect of the force majeure event, the tenant would not be excused from payment of rent. If the tenant has funds available then its obligation to pay rent is not impacted. The tenant cannot rely on the force majeure clause, without trying to mitigate or explore alternative ways of performing the contract.

Anticipation is also a key. Relying on ‘Act of God’ as a force majeure event, in the words of our Supreme Court “does not operate as an excuse from liability, if there is reasonable possibility of anticipating their happening”. In the recent past the world was inflicted with epidemics like SARS and H1N1. Eminent personalities like Bill Gates, former US President Barack Obama, are only a few examples of people who cautioned the world on the need to be prepared for a deadly pandemic. As to whether COVID-19 and the resultant lockdown were ‘anticipated events’ and therefore ‘force majeure events’, would require some debate. Though tenancy agreements entered into prior to the SARS and H1N1 pandemics, may qualify as a force majeure event since a pandemic such as COVID-19 was not an anticipated event yet the consequent ‘lockdown’ may not satisfy that requirement. But this is not to say that on the happening of the pandemic or the lockdown the tenant would be automatically entitled to suspend payment of rent. The tenant will be entitled to claim only that relief which is stipulated in the agreement.

Unless the force majeure clause expressly stipulates, even the inability to ‘use’ the premises does not solely satisfy its requirements. ‘Use’ does not only mean the ability to come and go from the premises. It also includes its utilisation to house equipment, servers, furniture, security personnel etc.

Some of these views have been echoed by the Delhi high court in a judgment delivered on May 21. Noting various decisions of the Supreme Court, the learned judge considered the following factors:

The court, having taken these into account, denied relief to a tenant who was seeking suspension of rent due to COVID-19 and the resulting lockdown.

Most force majeure clauses provide for a notice period. In those cases, a tenant must issue a timely intimation to the landlord of his intention to invoke the clause. If the tenant omits to issue a timely notice but does so later on, he would be entitled to waiver of rent only for the period after the date of the notice.

There is a popular notion that in the absence of a force majeure clause, the occurrence of COVID-19 can be cited as an event that has made performance of obligations under the lease agreement impossible or impracticable; and therefore the contract stands ‘frustrated’ within the meaning of Section 56 of the Contract Act.

Section 56 of the Contract Act has no application to leases:

The essential ingredients of the second part of Section 56 are that:

There is no doubt that the doctrine of frustration applies to contracts. A lease, however, is more than a mere contract as it results in the creation of an estate, or an interest in favour of the lessee. Once the lessee has been put in possession of the premise there is nothing more to be performed and thus condition (2) would not be satisfied. Section 56 i.e. doctrine of frustration has no application in cases of completed transfer unless there is an express provision to the contrary in the contract itself or in local usage.

As made clear by the Delhi high court in Airport Authority of India vs Hotel Leela Venture Limited, the events which discharge a contract cannot invalidate a concluded transfer. The said judgment also clarifies that Section 108 (e) of the Transfer of Property Act, which defines, inter alia, the obligations of a lessee, is a special law and would supersede the doctrine of frustration, as the latter is a part of general law contained in the Contract Act.

The lease would be void at the option of lessee only if it falls within Section 108(e) i.e. when any part of the property is wholly destroyed or rendered substantially and permanently unfit for the purposes for which it was let due to fire, tempest or flood, or violence of an army or of a mob, or other irresistible force. Section 108 does not envisage epidemics or pandemics as such events.

Also Read: COVID-19: What Will It Take to Flatten the Curve of Commercial Disputes in India?

Comparative hardship will have to be considered. A multinational corporation invoking ‘force majeure’ to excuse itself from paying rent for premises owned by an individual who is dependent on the rent for their survival would result in a huge hardship to the owner whereas in a converse situation may equally affect the tenant. Though this is not a legal argument, it should motivate the parties to find a mutually convenient solution so that hardship is avoided in distressful times. Even if protection can be sought under the force majeure clause, it might be inequitable to do so.

The economic devastation due the spread of the coronavirus has forced private parties and advocates to look through the fine print in order to ‘future proof’ contracts. The invisible hand of ‘force majeure’ is affecting contractual obligations throughout. Of course, the effect of the virus on leases will depend on final determinations made by courts. That is yet to be seen.

P.V. Kapur is a senior advocate and barrister at law. He has been practicing at various courts and tribunals in India for over four decades and has a vast experience in civil commercial and financial criminal litigation.