The human rights lawyer, an accused in the Elgar Parishad case, claims that despite favourable court orders, the prison officials have blocked his access to hospitals, worsening his health condition further. 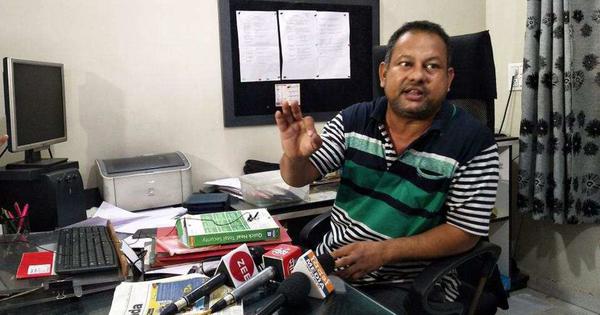 Mumbai: Surendra Gadling, a human rights lawyer and an arrested accused in the Elgar Parishad case, has been ailing with multiple health issues, including serious cardiac issues and psychiatric disorders. Over the past year, he has made multiple applications before the court seeking adequate medical care. And despite favourable court orders, the prison officials have allegedly blocked his access to hospitals, worsening his health condition further.

Gadling, desperate for treatment, recently sought contempt proceedings against the officials. On January 12, the Gadchiroli sessions court, before which he is facing another trial, accepted his application. The court has issued notices to the Taloja prison superintendent and the prison’s chief medical officer, a copy of which The Wire accessed through Gadling’s lawyer.

In the past five years, the human rights defenders arrested in connection with the Elgar Parishad case have had to move innumerable applications before the court each time they had to access even the most basic medical care. Even after the courts’ intervention, they continue to be denied medical assistance, causing a serious impact on their health.

Gadling, in his application made to the sessions court in Gadchiroli, narrates the entire chronology of his medical condition and the time when he was denied treatment. Soon after his arrest, Gadling developed a severe cardiac issue and needed angioplasty. His heart condition continues to be precarious.

In July last year, Gadling complained of chest pain and was taken to the state-run JJ Hospital in Mumbai. Here, Gadling recalls, the severity of his condition meant that he was admitted to an intensive care unit (ICU). On stabilising, the doctors had directed him to undergo a series of tests and return to the hospital in a few days and again periodically for checkups. This, Gadling says, was denied to him. The Wire tried to reach Taloja jail officials for comment but has not heard from them yet. The story will be updated if they respond.

The psychiatrists of the JJ hospital, who have been treating him for the past year, also prescribed counselling and medicinal treatment on a regular basis. The medical record, attached with Gadling’s application and accessed by The Wire, shows that the jail authorities failed to take Gadling to the hospital on multiple occasions.

Access to medical treatment has always been a challenge for prisoners across Indian prisons. Every year, an average of 1,800 prisoners die in jail. In most cases, the National Crime Record Bureau (NCRB) report shows that these deaths could have been avoided if medical treatment was made available on time.

Gadling is one of the 16 persons arrested in the Elgar Parishad case and has languished in jail for close to five years. On July 5, 2021, Jesuit priest and tribal rights activists Stan Swamy died because of delayed and inadequate medical treatment made available to him. His co-accused and Telugu poet Vara Vara Rao’s health too took a severe beating while in jail. He was later released on bail on medical grounds. Another accused, Gautam Navlakha, was shifted to house arrest after the Supreme Court took note of his health condition.

Delhi University associate professor Hany Babu M.T., has also had a difficult time accessing the hospital in the past two years of his incarceration. His wife Jenny Rowena, also an academic, had to move to the Bombay high court seeking urgent intervention when Babu tested positive for COVID-19 and his health deteriorated. Babu developed a severe eye infection and had to be in the hospital for many months.