Is the Supreme Court's Order Granting Bail To UAPA Accused a Silver Lining?

Unlike general criminal law, granting bail under the Unlawful Activities (Prevention) Act is the exception. The top court's order on Monday will doubtless help humanise bail jurisprudence but does not push the envelope.

As opposed to the general criminal law, under the Unlawful Activities (Prevention) Act (UAPA), grant of bail is the exception. If the prosecution either through the case diary or through the chargesheet is able to show ‘reasonable grounds’ for believing that the accusation is prima facie true, then the accused “shall not be released on bail”.

For bail to be even considered, the accused has to demonstrate that the prosecution has not been able to discharge the above burden, that is, that there are reasonable grounds to show that the accusation against him is prima facie true.

In Union of India v K.A. Najeeb, the Centre had filed an appeal against the July 2019 order of the Kerala high court releasing the accused on bail in a 2010 case in which few members of the Popular Front of India (PFI) had chopped off the palm of a college professor as vigilante justice for what they perceived as “blasphemy”. The accused, including Najeeb, have since been facing trial under UAPA.

Also Read: If Right to Speedy Trial Is Violated, Bail Can Be Granted in UAPA Cases: Supreme Court

The Supreme Court, on Monday, dismissed the Centre’s appeal, thus raising hopes that the court may well have begun to distance itself from the widely-held perception that its rulings of late mostly favour the Centre.

It is the settled legal position that as far as the statutes concerning serious offences inviting grave consequences, the trial court will scrutinise the material with extra care. As the Delhi high court held in a bail case in 2018, the trial court should not proceed “merely on the statements of the investigating agency”, because if it does so, it would be acting “merely as a post-office of the investigating agency” and this would do “more harm to meet the challenge arising out of terrorist activities rather than deterring terrorist activities”.

The proviso to Section 43-D (5) of the UAPA states that an accused shall not be released on bail if the court “on a perusal of the case diary or the report made under section 173 of the CrPC is of the opinion that there are reasonable grounds for believing that the accusation against such person is prima facie true”.

Put in this context, the Supreme Court’s order, pronounced by the bench comprising Justices N.V. Ramana, Surya Kant and Aniruddha Bose, concedes that bail proceedings under the special enactment are distinct and the courts are duty-bound to refuse bail where the suspect is prima facie believed to be guilty.

The fact that the respondent-accused, Najeeb, had absconded for years was pressed into aid as legitimate apprehension of his not returning if set free.

According to the National Investigation Agency (NIA), which is prosecuting the case, it has to examine 276 witnesses. Many of the co-accused had been acquitted, and although a few had been convicted, they had been awarded a sentence of not more than eight years. Najeeb had suffered incarceration of almost five and a half years without the trial having been started. The Supreme Court held on Monday that once the high court had exercised discretion to grant bail, the same ought not to be interfered with, except in rare circumstances. Protracted incarceration violates the respondent’s right to speedy trial and access to justice, the court said.

The Kerala high court granted bail considering his long period of incarceration and the unlikelihood of the trial being completed anytime in the near future. It found reasons traceable to Article 21 without addressing the statutory embargo created by Section 43-D(5).

In Shaheen Welfare Association v Union of India (1996), the Supreme court laid down that gross delay in disposal of such cases would justify the invocation of Article 21 and the consequential necessity to release the undertrial on bail. In that case, TADA’s Section 20(8) was considered for granting bail. It was held that stringent provisions in Section 20(8) can be justified looking to the nature of the crime on the presumption that the trial of the accused will take place without undue delay.

In Angela Harish Sontakke v State of Maharashtra(2016), the Supreme Court granted bail to the accused, notwithstanding section 43-D(5) of UAPA. The Supreme Court followed this precedent in Sagar Tatyaram Gorkhe v State of Maharashtra (2017) wherein the accused had spent four years in jail, and there were over 147 witnesses still unexamined. “The present case is more egregious than those two above-cited instances,” the Justice Ramana-led bench observed on Monday. 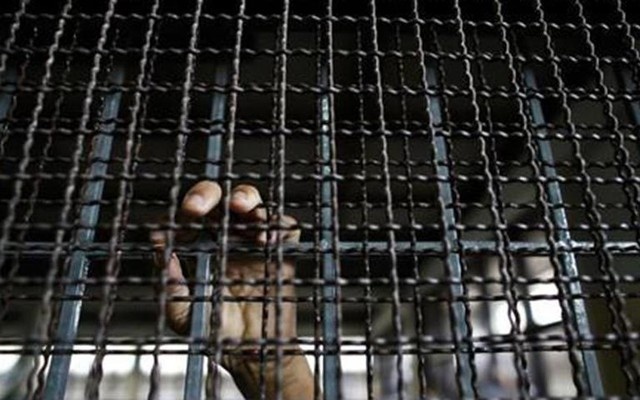 The judgment holds that the courts are duty-bound to refuse bail where the suspect is prima facie believed to be guilty. Representative image. Photo: Reuters

“Watali dealt with an entirely different factual matrix. In that case, the high court had reappreciated the entire evidence on record to overturn the special court’s conclusion of there being a prima facie case of conviction and the concomitant rejection of bail. The high court had practically conducted a mini-trial and determined admissibility of certain evidences, which exceeded the limited scope of a bail petition. It was premature and possibly would have prejudiced the trial itself.”

A reading of the Delhi high court’s judgment in Watali, authored by Justice S. Muralidhar (now the Chief Justice of the Odisha high court) reveals that the bench presided by him and including Justice Vinod Goel granted bail on the basis of broad probabilities, and avoided weighing the evidence meticulously.  The bench had made it clear that its observations, both on facts and law, were based on the materials forming part of the chargesheet and were prima facie in nature, and that they were not intended to influence the decisions of the trial court at any stage of the case.

The Supreme Court has, however, reasoned in Najeeb that the presence of statutory restrictions like section 43-D(5) of UAPA per se do not oust the ability of constitutional courts to grant bail on grounds of violation of part III of the Constitution.

“Whereas at commencement of proceedings, the courts are expected to appreciate the legislative policy against the grant of bail but the rigours of such provisions will melt down where there is no likelihood of trial being completed within a reasonable time and the period of incarceration already undergone has exceeded a substantial part of the prescribed sentence. Such an approach would safeguard against the possibility of provisions like section 43-D (5) being used as the sole metric for denial of bail or for wholesale breach of the constitutional right to a speedy trial,” the bench observed.

Also Read: When the Kerala High Court Set an Unseemly Record for 2021

Monday’s order, the bench hoped, would strike a balance between the state’s right to lead evidence of its choice and establish the charges beyond any doubt and simultaneously protect the accused’s rights guaranteed under Part III of the constitution.

In the bench’s view, Section 43-D(5) of UAPA is comparatively less stringent than section 37 of the Narcotic Drugs and Psychotropic Substances (NDPS) Act. Under NDPS, the court needs to be satisfied that prima facie the accused is not guilty and that he is unlikely to commit another offence while on bail; there is no such pre-condition under the UAPA, the bench noted.

Monday’s order of the Supreme Court would perhaps suggest that those accused under UAPA have no option but to undergo incarceration for a considerable length of time to be eligible for grant of bail. In Watali, the Supreme Court held that the degree of satisfaction by the competent court, while refusing bail under UAPA, can be lighter. This ruling will continue to hold the field, despite Monday’s order, because the accused under UAPA, irrespective of the length of their incarceration, have a right to persuade the court that the prosecution has failed to show that the allegation against them is prima facie true for the purpose of securing bail. The Supreme Court’s judgment in Watali has not been fully reversed on Monday, as the court continues to pay lip service to it.